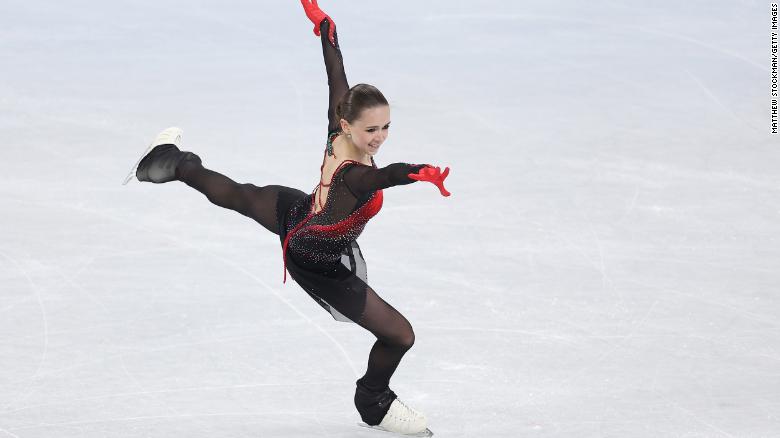 The Court of Arbitration for Sport (CAS) allowed Russia’s figure skater Kamila Valieva, who tested positive for a banned drug, to compete at the 2022 Winter Olympic Games.

The CAS judges heard the arguments of the 15-year-old Russian figure skater in a nearly six-hour-long closed-door session in a conference room at a Beijing hotel. The judges had a Russian translator.

“The CAS has clearly expressed that the decision taken by the Ad-hoc Division today is not a decision on whether Ms. Valieva violated the anti-doping rules,” reads a statement issued by the International Olympic Committee (OIC).

“It was limited to the sole question of whether Ms. Valieva could be provisionally suspended from the Olympic competition following a positive A-sample taken on December 25 2021.”

The world’s top anti-doping authority announced its verdict on Monday afternoon, just 24 hours before Valieva’s next Olympic event - the women’s individual competition. According to the OIC, if Russia’s figure skater finishes amongst the top three competitors, no flower ceremony and no medal ceremony will take place.

The hearing comes after the International Testing Agency (ITA) confirmed last week Valieva’s drug test results were positive for a banned substance. The sample was taken during the 2022 Russian Figure Skating Championships on December 25 and “had returned an Adverse Analytical Finding (AAF) for the non-specified prohibited substance trimetazidine.”

Trimetazidine is usually used to prevent angina attacks and help blood flow to the heart. Still, it is on the World Anti-Doping Agency’s (WADA) banned list classed as a cardiac metabolic modulator. There is also evidence that trimetazidine can improve physical efficiency.

The Russian Anti-Doping Agency (RUSADA) immediately imposed a provisional suspension on Valieva. However, following a swift appeal, the ban was overturned on February 9, allowing Valieva to participate in the Beijing Olympics.

WADA reported the positive test on February 8, one day after the reigning European champion stunned the world with her historic free skate. Valieva became the first woman to land a quadruple jump in the Games’ history.

Meanwhile, the legal issue is the reason behind the delay in the medal ceremony for the team figure skating competition at the 2022 Winter Olympic Games. The IOC announced it would organize “dignified medal ceremonies” once the case of Valieva had been concluded.

This year’s Winter Olympic Games will run through February 20, with about 3,000 athletes from 91 countries competing in 15 different sports categories. Around 327 gold, silver, and bronze medals will be awarded.

Russia’s 214 athletes compete in Beijing under the Russian Olympic Committee (ROC) flag due to the doping scandal that unfolded in 2015. ROC was forbidden to playback the country’s national anthem or display the national flag following a WADA decision. Later, they were allowed to wear their tricolor uniforms instead of the neutral ones initially imposed by WADA.

Russia was initially banned from all major sporting events, including Tokyo 2020 Olympics, the Qatar 2022 Football World Cup, and the 2022 Winter Olympics in Beijing. However, the four-year ban was halved by the Court of Arbitration for Sport (CAS) and will now run through December 16, 2022.