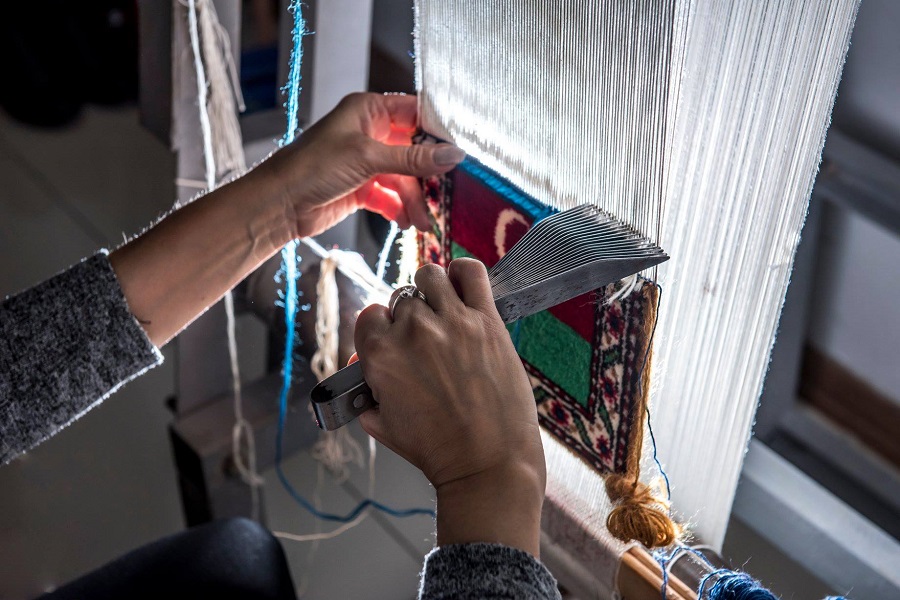 Azerbaijan is considered one of the world’s ancient centers of carpet weaving, as the history of Azerbaijani carpets dates back several millennia.

Azerbaijan’s leading carpet manufacturer Azerkhalcha announced Tuesday it will soon begin exporting its handmade products to Japan by next year.

Experts from Tokyo have already requested samples of the product made in what is the South Caucasus’ largest and wealthiest country, according to Vidadi Muradov, who heads Azerkhalcha.

“Now, negotiations are underway to sign contracts for the export of carpets from Azerbaijan to Japan,” Muradov said on Tuesday, according to Sputnik, adding that Russia and the U.S. are also showing interest in high-quality Azerbaijani carpets.

Meanwhile, with the aim to develop the carpet weaving industry in Azerbaijan, ten additional carpet weaving factories will be launched around the country next year.

“As a result, the number of such factories will reach 30,” Muradov said, according to Report.

In February, Azerbaijan’s President Ilham Aliyev approved a five-year State Program on Protection and Development of Carpet Weaving Art. The government applies tax incentives for manufacturers of handmade carpets, simplifies the existing system for obtaining a certificate for exporting, and carpets will be produced with national branding.

Azerbaijan is considered one of the world’s ancient centers of carpet weaving, as the history of Azerbaijani carpets dates back several millennia.

Ancient historians such as Herodotus, Claudius Elian and Xenophon all mentioned Azerbaijani carpets in their works, while dozens of archaeological excavations carried out in country’s southwestern region of Karabakh prove that carpet weaving dates back to the period between 4th and 3rd millennia B.C. Along with Karabakh region, ancient residents of Nakchivan and Qazakh regions were engaged in this craft.

For centuries, carpet weaving was the barest necessity for Azerbaijanis. Every family used to have its own weavers; a girl who did not know how to weave could not marry. Carpets were in high demand, as they covered floors throughout homes and served as wall hangings, and were used sometimes to pay taxes as well as pay tribute. 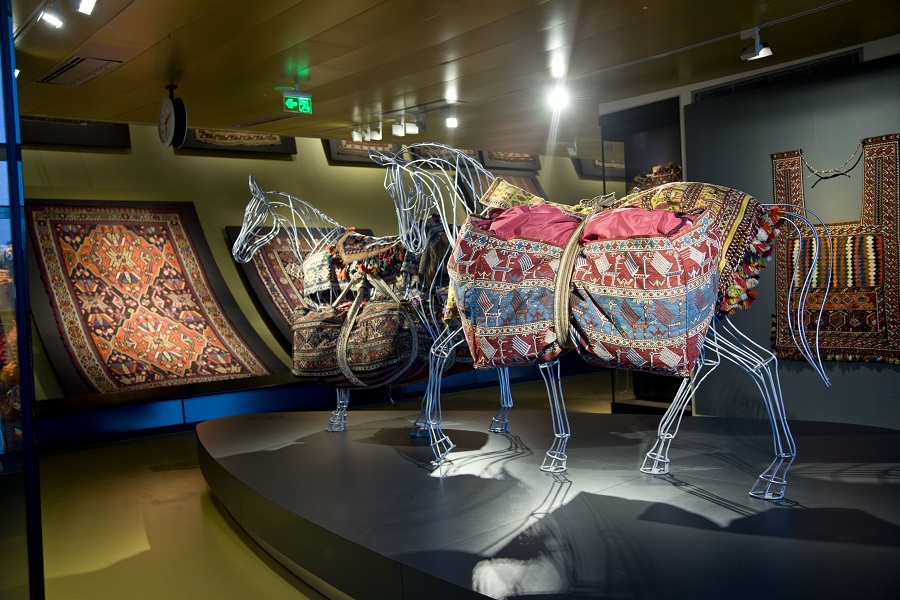 For centuries, carpet weaving was the barest necessity for Azerbaijanis. Every family used to have its own weavers; a girl who did not know how to weave could not marry.

Some of the very first carpets, called palas, are still in use today. The simple technique features horizontal stripes in the design. These carpets were so widespread that in times of war and disaster they often served as a form of clothing.

Palas was followed by dzhendzim, whose stripes were no longer transverse, like on palas, but longitudinal. The other carpet styles include kilim with simple and elegant designs, and real masterpieces of pileless rugs are zili, verni, which is shaggy from the wrong side, shadda with crush-chess ornament and sumac with a complex pattern.

The pile carpets, which are the most popular today, appeared after scissors were invented. Some called them qaychi, or “scissors-carpet”, because the pile appeared after cutting knotted threads.

There are seven recognized Azerbaijani carpet weaving schools that are known with their specific artistic and technical features. Each school has its own style of ornamentation. 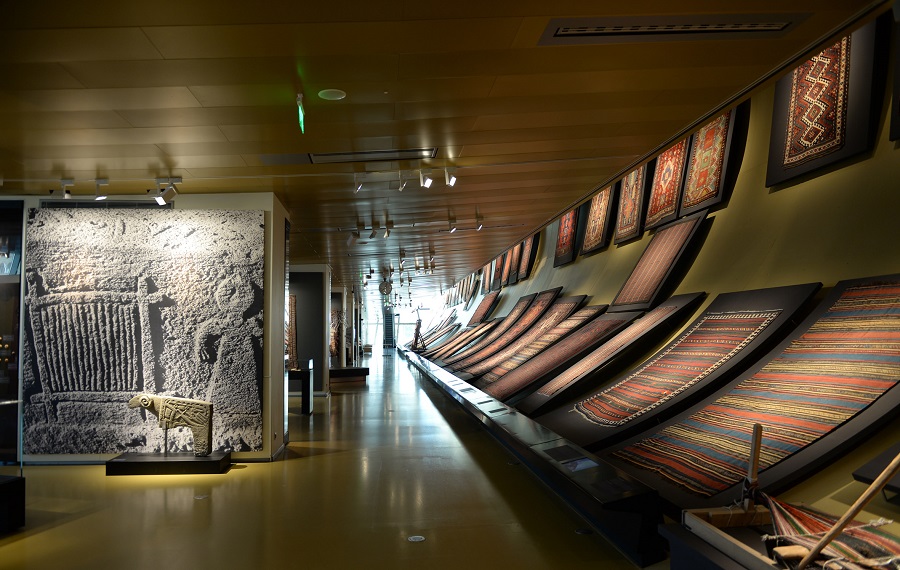 There are seven recognized Azerbaijani carpet weaving schools that are known with their specific artistic and technical features. Each school has its own style of ornamentation.

Meanwhile, the Azerbaijani carpet is a kind of secret keeper and source of information as every symbol has its own meaning. In some families, the secrets of making ornaments passed from generation to generation.

Fatima Agamirzayeva, the head of the World of Carpet Association, believes that each carpet features feelings of the one who weaved it.

“I once had a very cheerful student, and she was able to made incredibly colorful and variegated carpets, while the other carpet weaver had a strong ability to convey all the charm of nature, but she was melancholic in nature, and the carpets she weaved featured a sad motive,” she said in an interview with the Moscow-based Gumilev Center in 2015.

As of today, Azerbaijani rugs are being kept in the White House, the U.S. State Department, and dozens of museums including the Metropolitan Museum of Art, the Museum of Fine Arts in Boston and the Philadelphia Museum of Art.