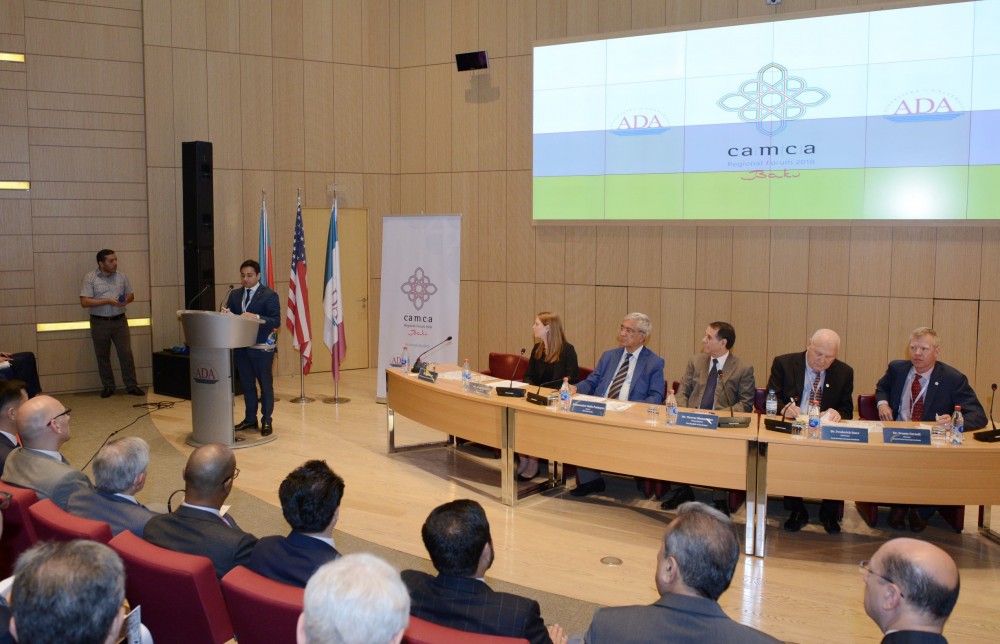 Thought leaders and executives from the public and private sectors met in Baku over the weekend for the 2018 CAMCA Regional Forum to discuss policy issues that concerned countries from Caucasus to Central Asia regions.

This year the forum addressed the concept of emerging regionalism, with panel discussions on topics such as security within the CAMCA regions, political reforms, trade and transportation projects underway, and the development of energy resources.

The forum “is not only massive in terms of geographical coverage, but also in terms of its goals,” said Emil Gasimli, National Coordinator of Fellowship Alumni in Azerbaijan and Head of Business Development at SOCAR, the state-run energy company of Azerbaijan.

“The CAMCA Network is unique in its aim to boost regional cooperation, by creating linkages between rising leaders across all sectors in the CAMCA countries,” Emil Gasimli noted, according to 1News.az.

"Development of the region's infrastructure opens up new opportunities for us,” the chairman of Central Asia and Caucasus Institute Frederick Starr said in his remarks on Friday. “Such countries of the region as Azerbaijan, Georgia, and Kazakhstan should take the initiative and invest more in infrastructure [projects]. Otherwise, this opportunity will be used by others.”

TITR is an intercontinental transportation corridor designed for back and forth freight deliveries between China and the European Union, as well as Turkey. A consortium comprised of China, Kazakhstan, Azerbaijan, Georgia and the Caspian Shipping Company, is responsible for management and development of route.

Prime Minister Novruz Mammadov said the location of Azerbaijan, in particular, is important because it acts as a bridge between the East and West.

“Azerbaijan is a country rich in economic and human resources. Azerbaijan embarked on cooperation with the West and Europe and has not changed its position so far, implementing major projects in this regard. Azerbaijan plays a role in restoring the Silk Road, linking Baku and Europe via railways,” Mammadov said at the forum, according to AzerTag.