Buying Russian Weapons May Come At A Heavy Price For Turkey 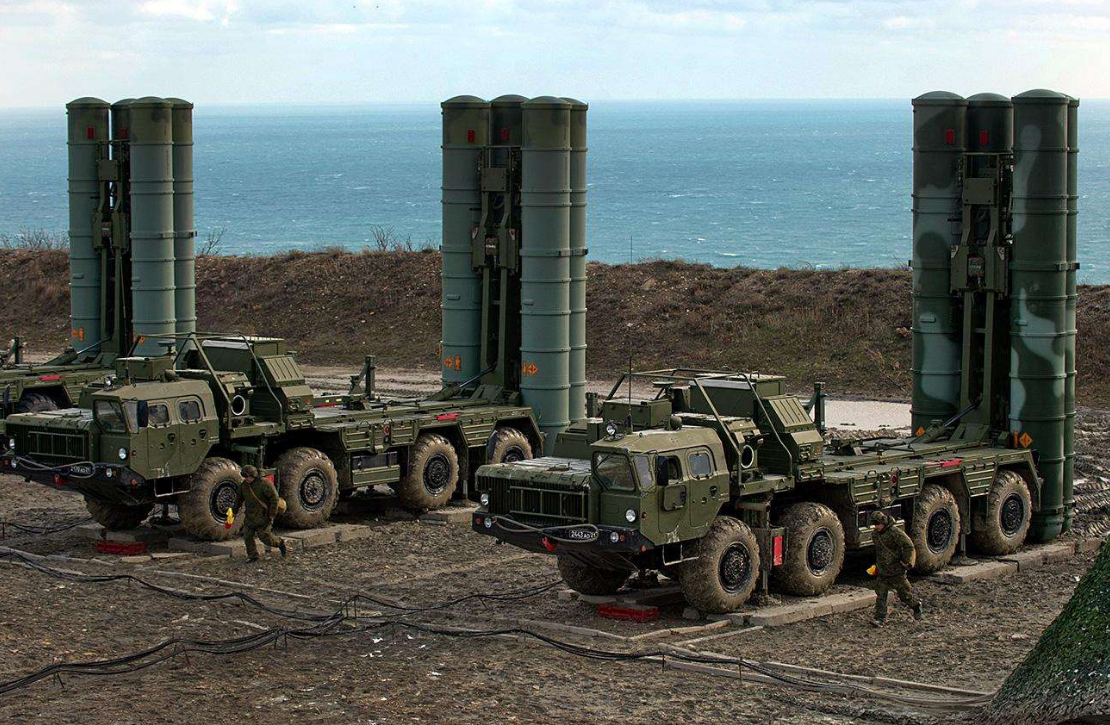 Turkey’s long-running relationship with the United States has become ever more complex amid threats of sanctions over Ankara’s purchase of the Russian-made S-400 Triumf anti-aircraft missile system.

In an interview with Kathimerini newspaper, U.S. Senator Bob Menendez made clear that the United States would not ever let Russian S-400 air defense system patch through to U.S.-made F-35 and claimed that Turkey’s decision stipulates a clear punishment if Ankara prefers S-400 units.

“There is no chance that they will have the F-35s. There will be sanctions under the law that exists today,” RIA Novosti quoted Menendez as saying on Monday as he was visiting Greece’s capital.

“This is a purchase of a major piece of military equipment from Russia and that is a sanctionable activity for anyone in the world - including Turkey. And there is no way that we will have… an F-35 put next to an S-400 that could also really surveillance the very essence of the technology that we have in the F-35. So it is impossible to happen,” Menendez said.

On April 9, Senators Bob Menendez and Marco Rubio introduced bipartisan legislation into the United States Congress titled, “The Eastern Mediterranean Security and Energy Partnership Act of 2019” that would allow Washington to impede the transfer of U.S.-made F-35 aircraft to Turkey as long as Ankara continues with plans to purchase the Russian S-400 air defense system. The bill is designed to reshape U.S. strategy in the Eastern Mediterranean given the recent political and economic changes in the region, including the recent discovery of large natural gas fields and a deterioration of Turkey’s relationship with the United States in recent years.

“There will never be an F-35 next to the C-400, this will never happen,” said Menendez, referring to the newly-adopted legislation that is supposed to stop selling F-35s to Turkey. “This is the position of both parties in the Congress. We recently supported this in a joint article with the chairman of the Senate Committee on Foreign Relations, the chairman of the committee on military service and others. Similar positions were expressed by members of the government of President Trump.”

Turkey already has two F-35 Lightning II joint strike fighters, and officials have already said that the S-400 deal with Russia is completed. Turkish Foreign Minister Mevlut Cavusoglu pointed out that the $2.5 billion deal is supposed to help the country defend itself from threats coming from Kurdish rebels and Islamist militants, and it would not be cancelled.

“The S-400 deal is a done deal and we will not step back from this,” TRT World quoted Cavusoglu as saying on April 3 in Washington, where he was taking part in the 70th anniversary celebrations of NATO.

Warming relations between Russia and Turkey has become a major concern for the United States, for technical and political reasons. Menendez and other American lawmakers say Ankara must pick a side, meaning that it is impossible for Turkey to remain NATO member and at the same time purchase weapons systems from Russia.

Started 67 years ago, Turkey-NATO relations have gone through multiple ups and downs. As one of the countries that contribute the most to the organization's mission, Turkey has been a vital ally, providing NATO a connection to the east. Turkey will become the second NATO member to buy the defense system from Russia.

Doing business with Russia - the world’s second largest military weapons producer behind the U.S. - comes with risks, due to the existing Countering America's Adversaries Through Sanctions Act (CAATSA) adopted by the Trump Administration in 2017. CAATSA has become a sort of political tool to threaten any country engaged in what the U.S. Treasury Department terms a “significant transaction” with Russian defense and intelligence sectors with imposing sanctions.

However, the S-400 is still proving to be lucrative for Russia’s defense manufacturing sector because of its advanced capabilities. Along with Turkey, Syria, China, Saudi Arabia, India and Qatar have expressed their willingness to buy the S-400.

The S-400 Triumf, or SA-21 Growler as it is known by NATO, is a long-range surface-to-air missile system that was designed to destroy aircraft, cruise and ballistic missiles, and ground targets objectives, at a maximum range of 400 kilometers (249 mi). Initially developed in the 1990s, the system is described as one of the best air defense systems currently made. It can be configured with long-range, semi long-range, medium-range and even short-range weapons systems.