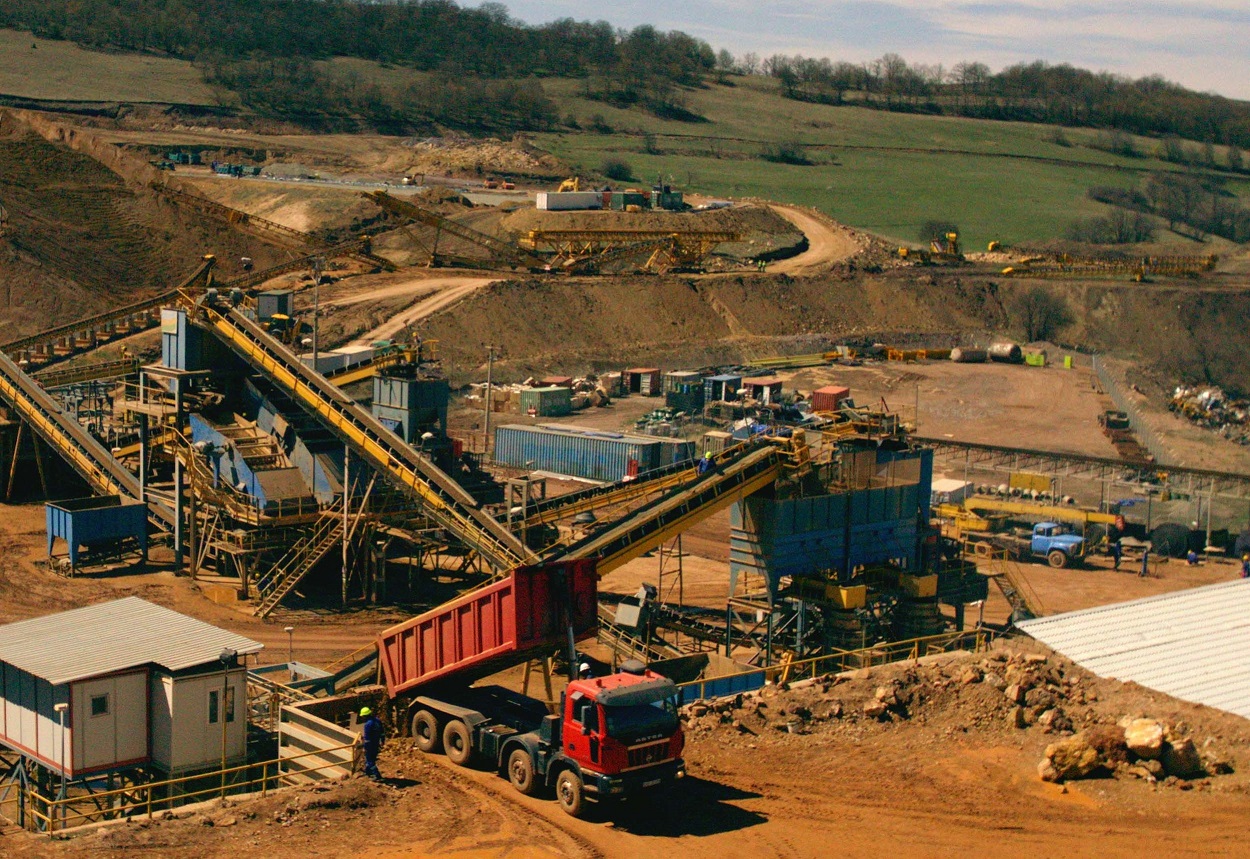 In 2017, around 6.4 tons of gold was extracted in Azerbaijan, which surpassed the production in 2016 by over three times / AzerGold

Azerbaijan is more known for its deposits of ‘liquid gold’ – black, thick oil trapped beneath the Caspian Sea – than it is for the solid and bright yellow nuggets. But that is not stopping the Anglo Asian Mining company from fostering exploration for the latter.

Anglo Asian Mining PLC plans to allocate $1.84 million to launch a large-scale geological exploration project for gold deposits in the Ordubad region of Azerbaijan, according to a statement released Monday.

"Ordubad has several exciting targets all within a 5-kilometer radius. We previously worked on two of these, Piyazbashi and Agyurt, which as independent deposits are relatively small given the level of exploration,” the company’s Director of Geology & Mining, Stephen Westhead, said according to the company’s website. “However, it is the overall picture of how these quartz-gold-sulfide deposits fit into the larger framework of mineral deposit formation that is important,” Westhead added.”

Ordubad is located in Azerbaijan’s exclave of Nakhchivan, which borders Armenia, Iran and Turkey. The region sits on a tectonic subzone that is rich with 15 copper, gold and molybdenum deposits and occurrences.

Anglo Asian intends to follow in the footsteps of a small-scale mine development that took place during the Soviet era and carry out systematic explorations in a 462 square kilometer (178 square miles) area starting sometime later this year. The company’s geological survey includes buying and reviewing Soviet-era data about the site and conduct satellite-assisted remote sensing. Fieldwork will include mapping and sampling that Anglo Asian hopes will allow it to assess the extent of copper, gold and associated minerals in the region for drilling and extraction.

"The work program at Ordubad forms part of our development portfolio as a mid-tier gold, copper, and silver mining company and provides us with significant potential to increase our overall resources and reserves,” Anglo Asian’s CEO, Reza Vaziri, said according to the company’s website.

“Previous work has already highlighted Ordubad's potential, however, Gedabek was developed first due to infrastructure and other considerations.  It is with this background that we were delighted to approve a significant budget to facilitate an expanded geological work program in 2019.”

In November, a research team from the National History Museum of London teamed up with Anglo Asian’s exploration geologists to assess Ordubad’s composition. The team took 83 samples of various rock types from the site for examination, and analysis results are pending. Already, however, there are showings of copper-molybdenum mineralization.

Anglo Asian stepped in Azerbaijan in August 1997, when the government authorized the British gold, copper and silver producer to explore mineral deposits in the country's territory. The company is expected to extract 400 tons of gold, 2,500 tons of silver and 1.5 million tons of copper until 2027.