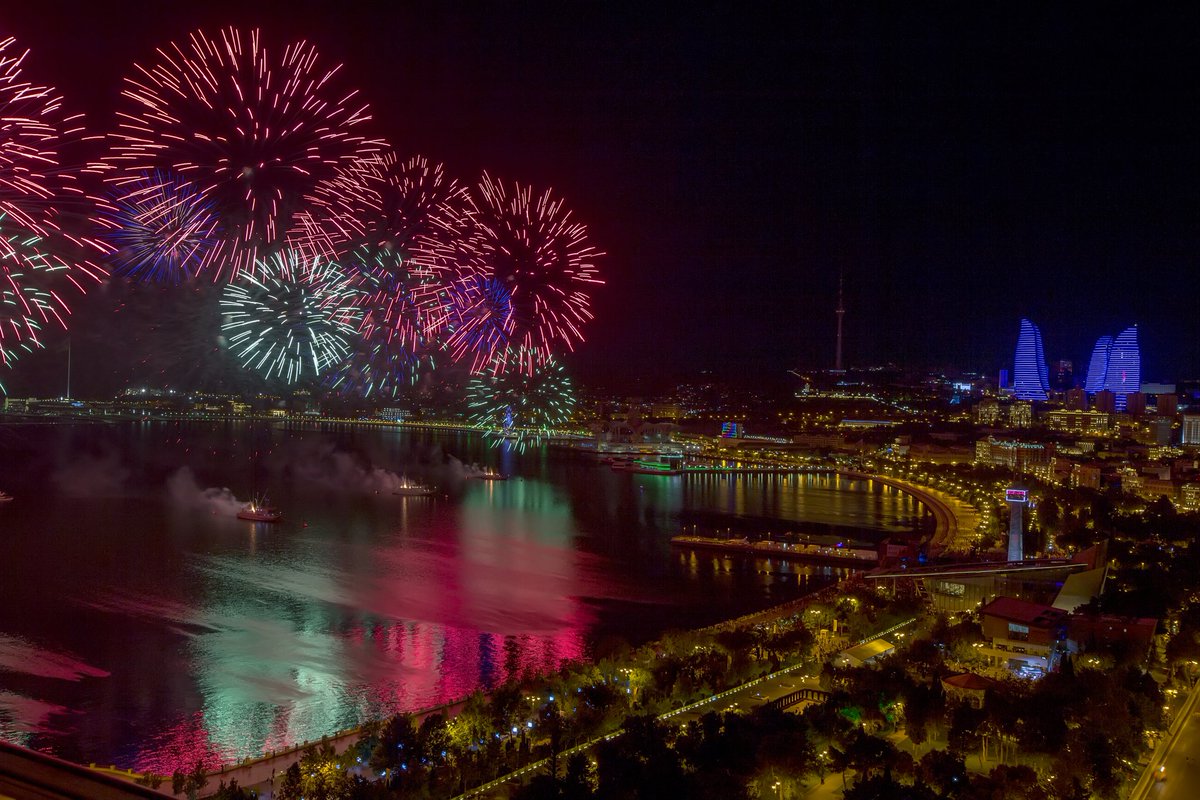 The annual fireworks display held in Baku on the evening of December 31 is the pinnacle for both tourists and locals, when the country’s 10 million citizens along with Azerbaijanis around the world also celebrate Solidarity Day. / Baku City Circuit

In a matter of hours, 2018 will be old news and another year will be upon us. Ever wonder what people in the Caspian region do while New Yorkers are bundled up, standing in Times Square in Manhattan waiting for the big ball to drop? If you do. . . read on!

The epicenter of New Year celebrations in Azerbaijan is, unlike in the United States, its capital city. The annual fireworks display held in Baku on the evening of December 31 is the pinnacle for both tourists and locals, when the country’s 10 million citizens along with Azerbaijanis around the world also celebrate Solidarity Day.

The most buoyant place in Baku on New Year’s Eve is arguably the iconic Nizami Street, also known as Torgovaya by its Soviet-era name. Small, colorful and cozy boutiques scattered along the street offer a smorgasbord of choices for food-lovers looking to sample some local cuisine. Technology geeks and bookworms will find plenty to pique their interests as well, as will music and dance lovers, who will find entertainment and artists showing off their skills.

A city walk can end well in Highland Park, the highest point in the city and for catching a view of the fireworks and their reflection shining atop the waters of the Caspian Sea – the world’s largest lake. Seaside Boulevard stretches for 16 kilometers and is a great spot to watch the pyrotechnic performance from any distance. 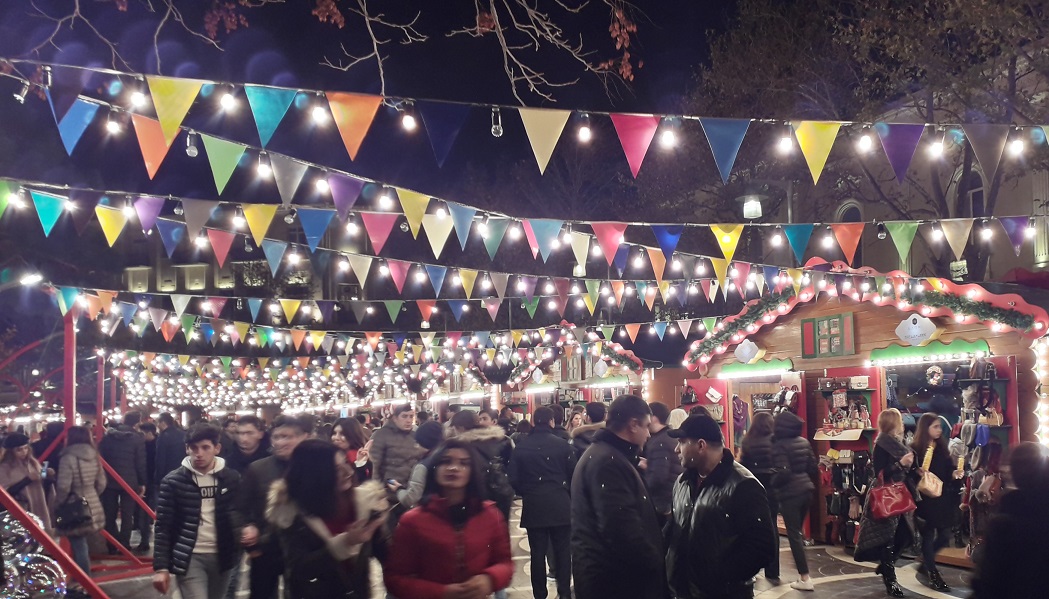 The "Warm Heart, Cold Hands" fair in Baku is a top must-see place in the city during New Year celebrations / Caspian News

Russia had a great 2018, having hosted the FIFA World Cup this past summer. Although one of the biggest international sporting events is over, tourists visiting the world’s largest country can still enjoy the amenities and modern infrastructure that was created or renovated throughout the 11 cities that hosted the football (soccer) matches.

If you happen to be in Russia for New Years, be sure to visit Red Square in Moscow. From 10 a.m. through January 2, residents and visitors to the capital can enjoy an ice skating rink that has been set up for leisurely enjoyment and take in a fireworks display on the night of December 31. 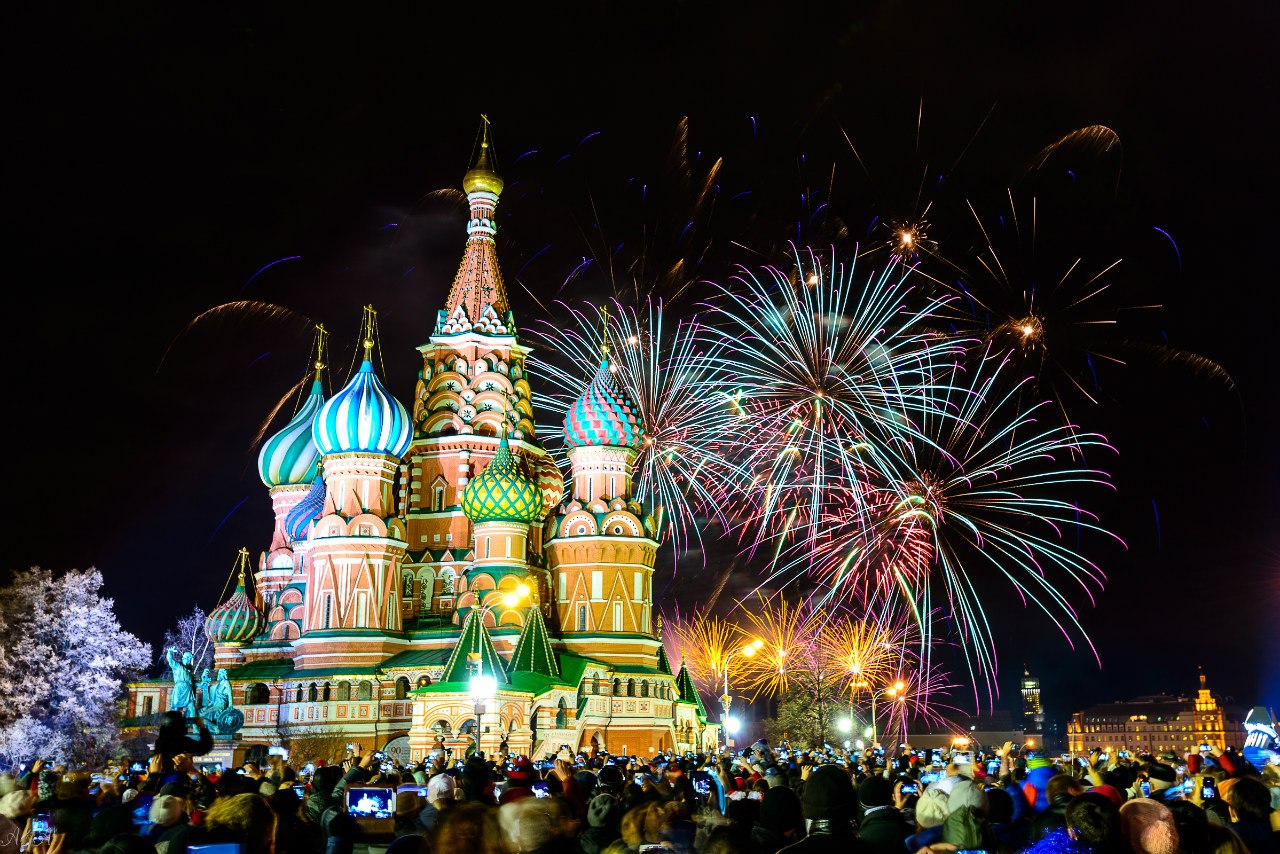 Once you are in Russia's capital city, go straight to Red Square, the most recognizable symbol of Moscow and one of the main sights of the country

New Years is a family holiday in Kazakhstan and everyone gathers around a large table on the evening of December 31st. But if you happen to be in the country on this day and don’t know where to go, Astana and Almaty are the best destinations.

A series of outdoor concerts and costumed performances have been organized this year in the capital city of Astana, where you can check out the large Christmas tree set up in the city center. To decorate the tree, thousands of balls, hundreds of meters of lights and lots of tinsel were used. In addition, ice sculptures and an ice skating rink are in front of City Hall for visitors’ enjoyment.

But a visit to Kazakhstan is not complete without trying some authentic Kazakh food! Beshbarmak – a slow-cooked meat dish that carries a lot of cultural significance and is a reflection of Kazakhstani hospitality – is a must try.

The small village of Chundzha, located roughly 250 km (155 mi) east of Almaty, Kazakhstan’s former capital, is worth a trip for its hot springs, best enjoyed in these cold winter months. Due to geological pressure and volcanic forces, the waters heat up to 50 °C (122 °F). 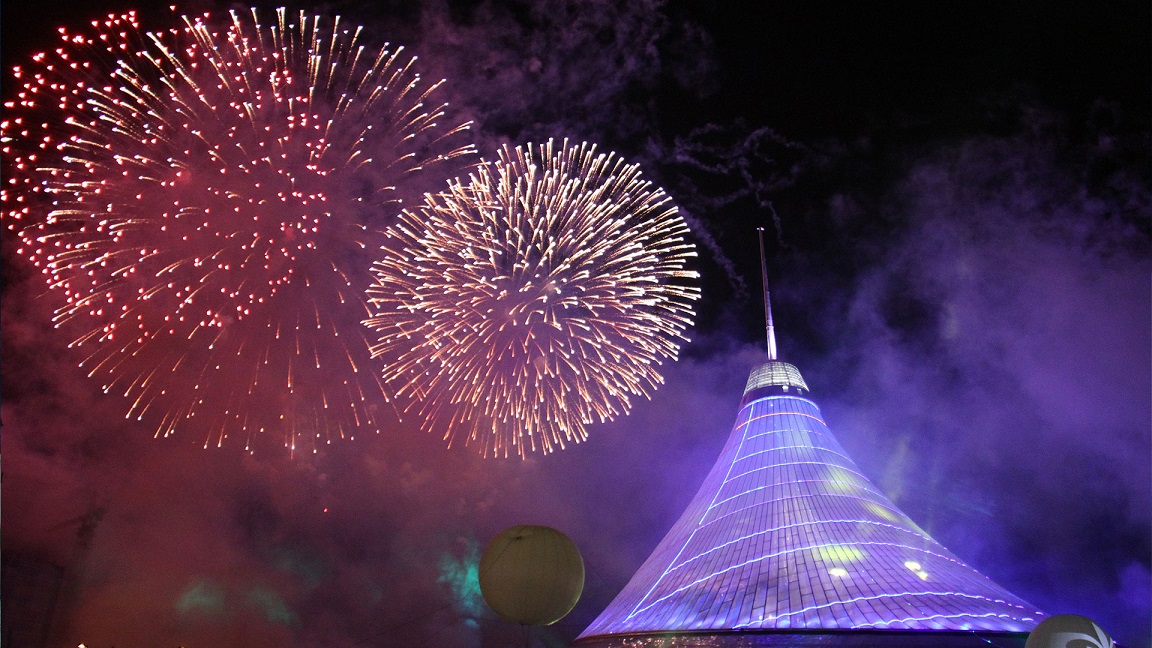 if you happen to be in Kazakhstan on this day and don’t know where to go, Astana and Almaty are the best destinations

If you can make it to the country’s capital of Ashgabat, head to the square located next to the Alem entertainment center to enjoy the festive display while it is still up, including a huge decorated tree. Thanks to the efforts of the decorators, the city center has turned into a fabulous small winter town, but instead of snow – which is a rare guest in Turkmenistan – one will find shining stars, colorful garlands and other decorations. 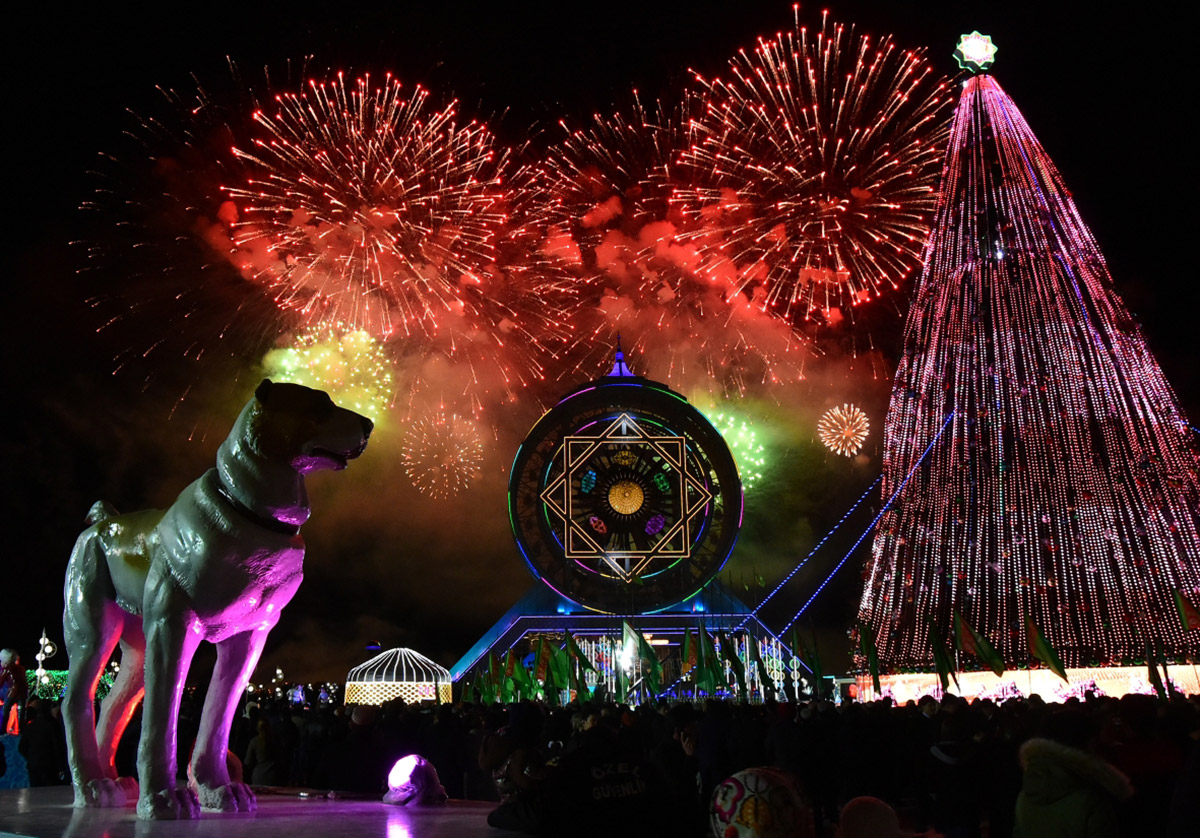