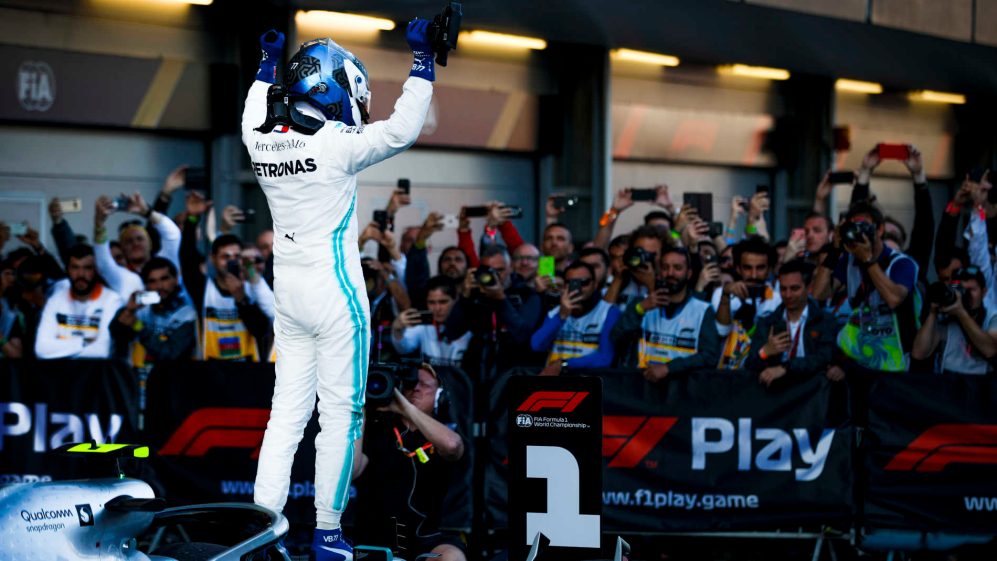 Mercedes driver Valtteri Bottas celebrates his win in Azerbaijan Grand Prix, which is his second triumph after the 2019 opening race in Australia / Formula1.Com

Mercedes racecar driver Valtteri Bottas won the Formula 1 SOCAR Azerbaijan Grand Prix 2019 in Baku on Sunday and moved to the top of the drivers’ standings after what was the fourth segment in the 2019 Formula 1 racing season.

"It was actually a tough race even though not that much was happening at the front. Lewis was putting on pressure, but everything was under control. I'm happy to take the chequered flag and take first place," the Finnish driver told reporters after the race, according to CNN.

The fourth straight one-two win by the Mercedes drivers, who have been nicknamed “Silver Arrows,” helped the team reach 173 points and go 74 clear of Ferrari. With the win in Baku, Bottas ended Hamilton’s two successive leads after Formula 1 races in Bahrain and China, pushing him down to the second spot in title standings.

Despite wheel-to-wheel defeat to Bottas after 51 laps in Baku, Hamilton praised his teammate’s triumph, calling it the result of teamwork.

“It's a team effort, everyone at the factory is working non-stop and come back more hungry for success. I'm really grateful to be part of it. For once we were able to push all the way," he told in a post-race interview, CNN reported.

This year’s grand prix was the fourth segment of the 2019 season and the fourth race that took place in the six-kilometer Baku City Circuit track since 2016. The world’s ultimate motorsport competition will continue in what is the world’s fastest city circuit for another five years until 2023 under the agreement that Azerbaijan’s Youth and Sports Ministry signed in February with F1 owners Liberty Media.

Twenty drivers from 10 teams will head to Barcelona for the next and fifth race in the Formula One 2019 calendar. Formula 1 Emirates Gran Premio De España 2019 will take place from May 10-12.