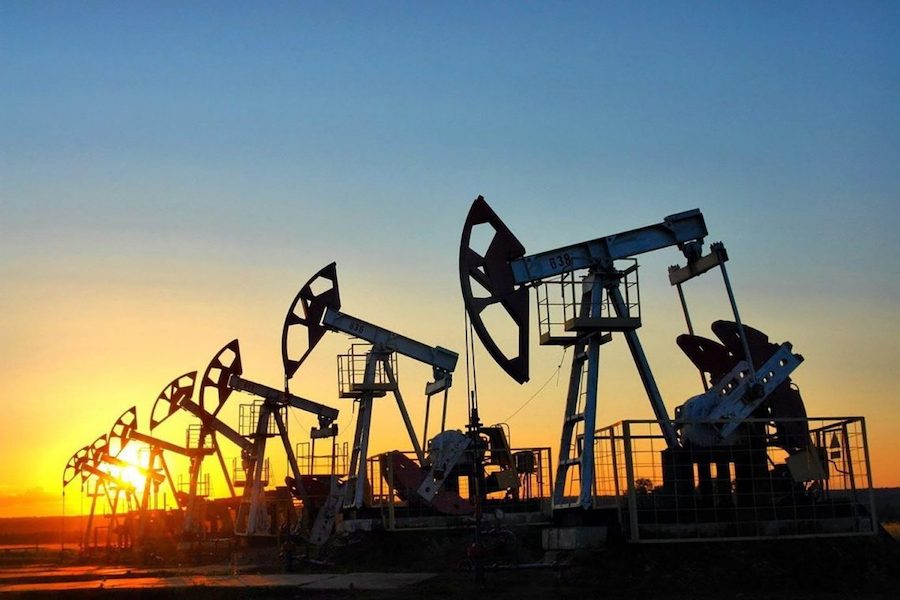 Belarus and Russia have been locked in a row over oil supply since January 1, after they failed to agree on terms for 2020.

Belarus is pushing for stronger energy ties with Azerbaijan and Kazakhstan, as it moves away from dependence on Russia to help meet its energy demands amidst a recent disagreement with Moscow over the price for crude oil.

Belarusian Prime Minister Syarhey Rumas said Tuesday his government is looking to buy Azerbaijani crude through a long term contract, according to a statement published to the official website of the country’s prime minister.

‘‘We are planning to process this oil at the Mozyr oil refinery using the Odessa-Brody-Mozyr oil pipeline,’’ Rumas said at the meeting with Rovnag Abdullayev, who heads Azerbaijan’s state oil company SOCAR.

‘‘I believe that such cooperation will be of interest for SOCAR as well,’’ he added.

Earlier this year, Belarus’s Belneftekhim has agreed on oil delivery with SOCAR. According to the document, Azerbaijan will supply Belarus with a total of 170,000 tons of crude oil.

A first tanker carrying 85,000 tons of Azerbaijani oil is expected to leave from Ceyhan seaport in Turkey on March 5 or 6. It will head to Ukraine’s city of Odessa and further to Belarus via the Odessa-Brody pipeline, according to Ibrahim Ahmadov, deputy head of the public relations and events department at SOCAR. The second tanker carrying another 85,000 tons of Azeri Light crude oil is expected to arrive in Odessa on March 20.

Belarus and Russia have been locked in a row over oil supply since January 1, after they failed to agree on terms for 2020. As a result, Minsk — traditionally a close Moscow ally — was prompted to search for oil everywhere, including in Ukraine, Poland, Kazakhstan, Azerbaijan and the Baltic countries.

“It is not a secret that Belarus is working on diversifying oil supplies, [because] previously we purchased oil from the Russian Federation. [...] Of course, without alternative oil supplies today we cannot talk about Belarus’s energy security,” said Prime Minister Rumas.

Azerbaijan had previously sold oil to Belarus, after pricing disputes with Russia in 2011 forces Minsk to look elsewhere. After subsequent deals with Venezuela fell through, due to the high cost of transportation, officials in Minsk turned to Baku, which supplied oil until agreements with Russia were back on.

At the same time, Belarus does not exclude oil supplies from Russia, according to the high-ranking official.

‘‘We are not going to completely exclude the supply of Russian oil at this stage, but are simply obliged to diversify them to a certain level,’’ Rumas explained.

Meanwhile, Azerbaijan is not the only Caspian country Belarus turned to in order to purchase crude oil. In late January, President Alexander Lukashenko ordered the government to negotiate with Kazakhstan an agreement on oil supplies.

Kazakhstan is ranked the world’s ninth-largest crude oil exporter and holds three percent of the world’s total oil reserves, placing it in the number 11 globally and making it the third-largest oil producer in the Caspian region, after Russia and Iran.

But officials in Nur-Sultan take time to agree. The country’s minister of trade and integration, Kairat Torebayev said Monday Kazakhstan was ready to sell oil to Belarus at a price that includes export duties in the amount of $60 per tonne of crude oil.

“Once an agreement between our countries will be signed, Belarus will also have to use this export duty so that there are no oil flows from Kazakhstan to the European Union through its territory,” he said, according to a report by Sputnik Belarus.

In case Belarus will not pay the export duty Kazakhstan’s budget will lost about $200 million.

“We hope that our Belarusian counterparts will be able to properly administer this issue and guarantee that there will be no re-export, and the goods to be produced at the Belarusian refineries will be consumed domestically,” Torebayev added.