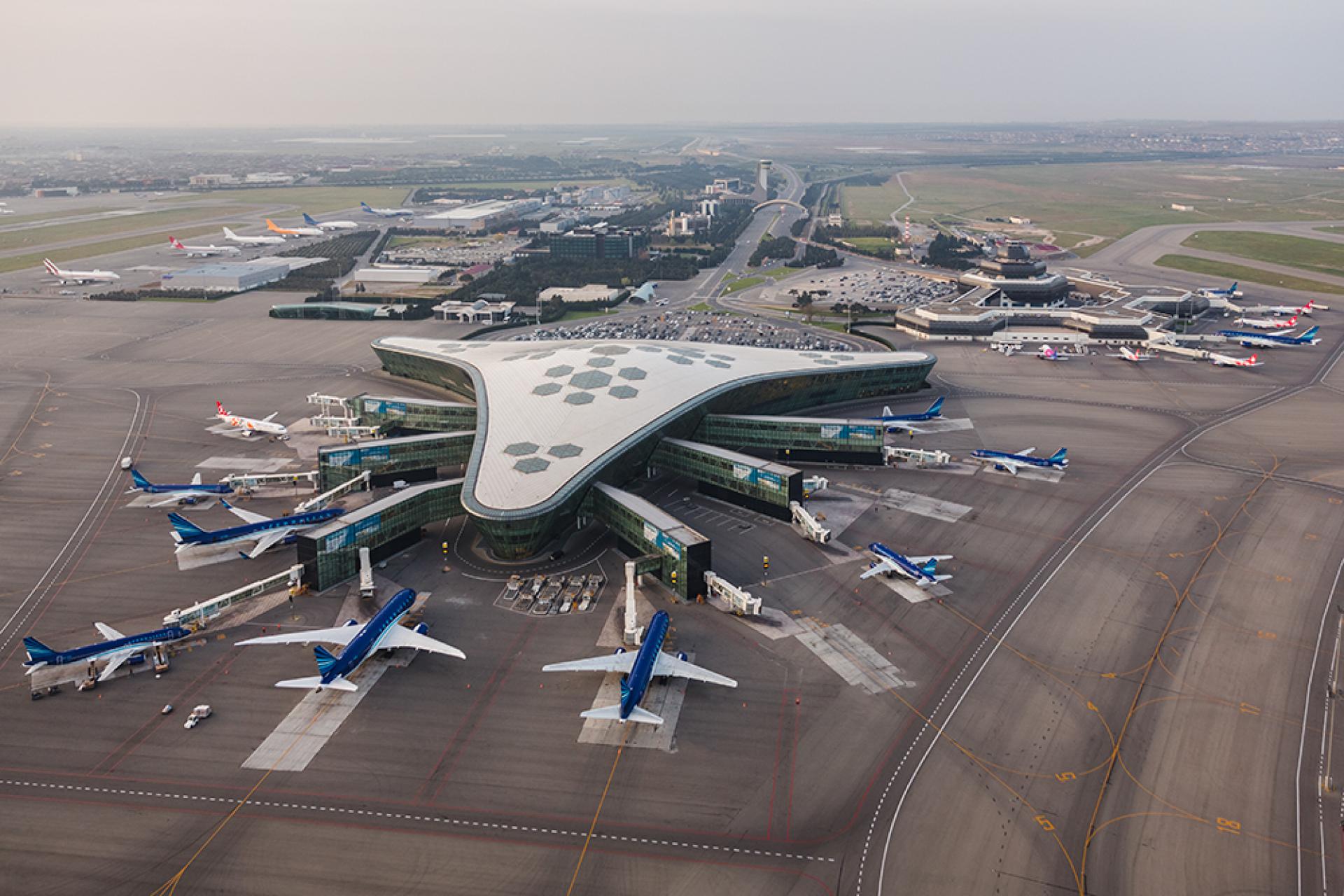 Azerbaijan’s largest airport is once again recognized by Skytrax World Airport Awards, claiming the top position among airports serving up to five million passengers a year.

In a virtual awarding ceremony held on Monday, Heydar Aliyev International Airport was named as the best airport in its class, placing ahead of tens of airfields located in different regions of the world, including Europe, South America, the Middle East and the Americas.

“We have a sense of immense pride for our airport being once again granted the highest Skytrax award,” said Jahangir Askerov, President of the airport’s flagship carrier, Azerbaijan Airlines, according to the airport’s press service. “Today's high recognition is a great honor for all of us. Despite the suspension of most flights, I’m sure that with the resumption of airline's operations the Baku airport will continue to provide the full range of services at the highest level.”

Skytrax CEO Edward Plaisted described Heydar Aliyev International Airport as having a positive image among travelers in the region.

“Baku Heydar Aliyev Airport has established itself amongst the world's favorite regional airports and clearly continues to delight passengers on each journey. Certainly, within the region, the airport is a leader for the terminal design, passenger comfort, and facilities which is a big factor in the support it receives,” Plaisted said.

Established in 1999, the Skytrax World Airport Awards are coveted quality accolades for the global airport industry. Travelers from across the world take part each year in the world’s largest airport customer satisfaction survey to decide the winners. The World Airport Awards are a global benchmark of airport excellence. A key directive of the survey is for customers to make their own, personal choices as to which airport they consider to be the best, underlining the brand as the Passenger's Choice Awards.

This year’s awards are based on over 10 million airport survey questionnaires completed by airline customers representing 100 different nationalities from September 2019 to February 2020. Among the criteria covered by surveys are customer experience across airport service and product key performance indicators, covering everything from check-in, arrivals and transfers to shopping, security and immigration through to departure gates.

Heydar Aliyev International Airport is the largest airport in Azerbaijan and the wider Caspian Sea region for passenger and freight traffic, as well as takeoff and landing operations. The venue, known also as the Baku airport, served 336,000 passengers in January of this year, which is 40,000 passengers more than in the same month in 2019. Thirty-two airlines operated flights to over 50 destinations worldwide from the Baku airport in the first month of 2020.

In addition to the 2020 World Airport Awards, Heydar Aliyev International Airport received the Best Airport in Russia & CIS award from Skytrax. The airport claimed this prize for the fourth year in a row among the airports of nine post-Soviet nations of the Commonwealth of the Independent States (CIS) region. The airport holds also the Skytrax 5-Star Regional Airport Rating for facilities, comfort, cleanliness, shopping, food & beverages, and staff service.

Incoming and outgoing passenger flights at Baku airport are currently suspended as part of the measure taken against the COVID-19 outbreak in the country. The airport will resume operations once restrictions are lifted.