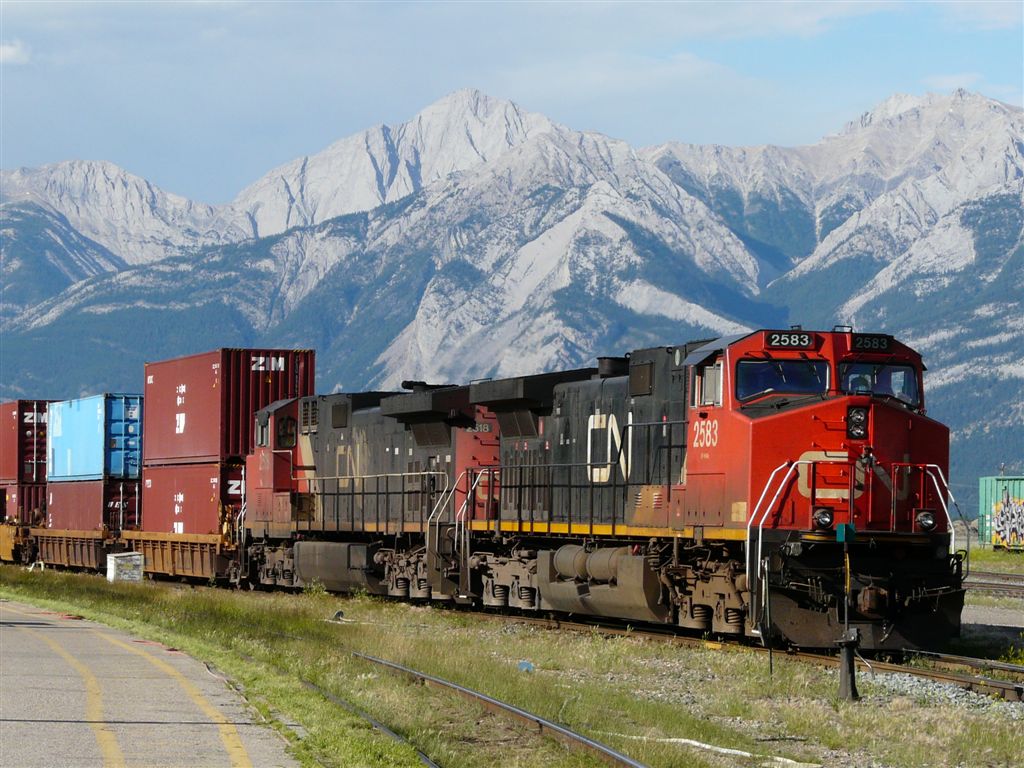 With the BTK rail road coming online, transportation of goods from the Far East to Europe will now be possible in just 15 days, down from the current travel time of 25-30 days / Pinterest

The Baku-Tbilisi-Kars (BTK) railway will come online this month, according to an announcement made by Turkey’s Minister of Transport, Maritime and Communications on October 7.

“We will complete the project at the end of this month and start commercial service. Authorities from all three countries are working together,” Ahmet Arslan was quoted as saying in an official statement issued on his ministry’s official website on October 7.

The 826 km (513 mi) line stretches across the South Caucasus region, south of Russia and stretching from Azerbaijan’s capital city of Baku along the Caspian Sea, to Kars, in far eastern Turkey, while passing through southern Georgia. In Kars, railcars will have access to Turkey’s broader railway system, where cargo and passengers can continue westward onto Europe. 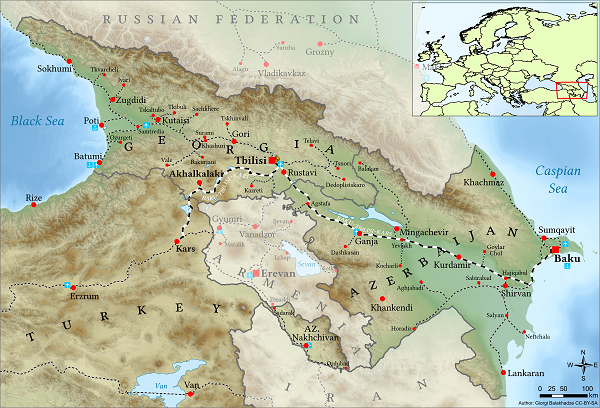 Conceived in 2007, the BTK project aims to create more favorable conditions for trade within the region and greater Eurasia, better linking them to opportunities in Europe. Goods coming in from the Far East, for example, will take just 15 days to reach Europe, significantly reducing a current travel time of 25-30 days.

The BTK contributes to a network that is twice as fast as routes by sea and half the price of air cargo. The line’s initial capacity is about one million persons and 6.5 million tons of freight, with the potential to increase capacity to three million passengers and over 17 million tons of cargo.

Railway trade between countries in the South Caucasus and Turkey came to a halt in 1993 when the Kars-Gyumri-Tbilisi (KGT) line was stopped due to Armenia's military aggression against Azerbaijan, namely the occupation of Azerbaijan’s Nagorno-Karabakh region and seven surrounding districts. As a result, Turkey closed its eastern borders with Armenia, effectively ending the KGT rail link.

Geopolitical analyst and Research Fellow at Center for Strategic Studies under the President of the Republic of Azerbaijan Mahir Humbatov believes the BTK project will help facilitate trade and passenger traffic in the region.

“The BTK will create a basis for elimination of certain barriers for trade among the three hosting countries of the railway project,” Humbatov told Caspian News. “Second, it will be one of the main drivers behind the production and export increase in the three countries.”

“Third, many local brands may be developed and further internationalized as a result of production and export opportunities created by the BTK and other linked projects.”

Analysts believe the line is perfectly situated in a region that has Russia to its north and Iran to its south. The BTK could lure the world’s largest trading countries and blocs, including China and the EU, especially as it is poised to play an integral role in China’s global trade mega-project known as “OBOR,” or One Belt One Road, which aims to revive the famed Silk Road and create new sea and land routes that ultimately connect countries across the entire globe.

"China currently considers all opportunities, and I believe it will invest into those which will be supported by the governments and private sector wherever a project is based,” Humbatov said.

“This means that if the Chinese government sees Azerbaijan and surrounding countries attempting to develop their substructure and infrastructure, then China will also invest in the BTK,” he added.

The former Georgian Ambassador to the United Kingdom, Giorgi Badridze, says the BTK will further spark China’s interests if the route pushes the limits of cargo traffic in the South Caucasus and impacts operations closer to China.

“BTK could gain in geopolitical significance only in case the new rail line reaches beyond our immediate region and attracts interest on the eastern shores of the Caspian Sea,” Badridze told Caspian News. “The BTK could become not just a rail connecting Azerbaijan with Turkey but an economically viable route for freight coming in from the Central Asian countries and even China.

"Thus, the BTK could become a player in the vast trade network between China, Central Asia, and the EU,” Badridze said.

Regional governments are expecting great things from the project. Turkey, for example, which currently sees 26.5 million tons of cargo per year transited through its territory, is looking to attract 10 percent of the overall cargo volume moved from China to Europe, meaning an additional 30 million deliveries for Turkey.

Azerbaijan has been preparing for years, and is prioritizing its transportation networks. “Azerbaijan 2020: Vision Into the Future” and “Strategic Road Maps” are two programs that have the BTK as a focal point, considering the line traverses the entire length of the country from east to west.

Recent improvements to Azerbaijan’s overland transportation capabilities are seen as a result of the government’s commitment to the BTK project, which is believed to be giving momentum to developing the country’s non-oil sectors of the economy.