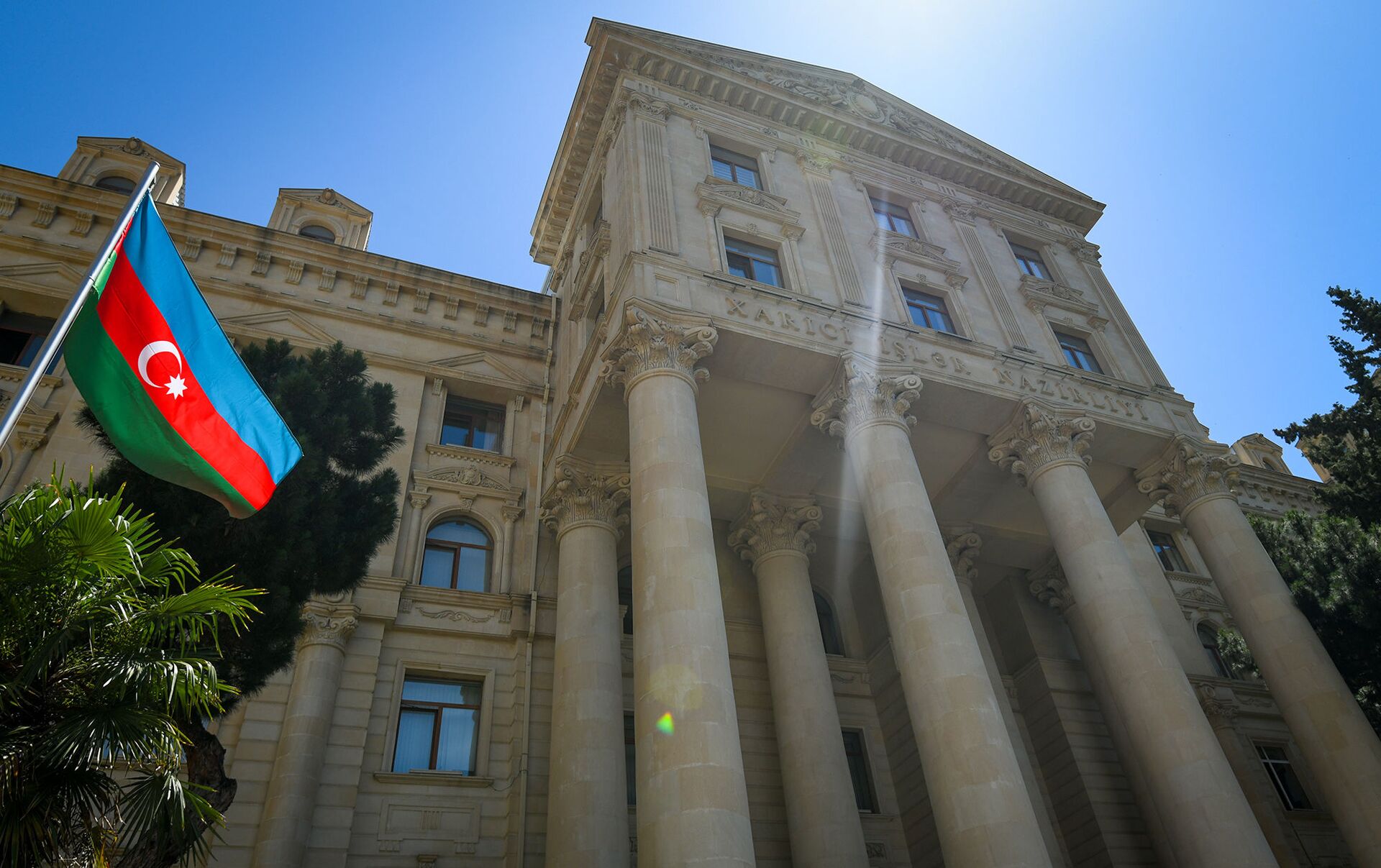 A biased anti-Azerbaijan resolution adopted by the French Senate on Tuesday sparked strong criticism by the authorities of the South Caucasus country.

The Senate called for condemnation of the so-called “aggression” by Azerbaijan against Armenia, withdrawal of the Azerbaijani forces from the allegedly Armenian territory, sanctions against Azerbaijan, and all-out support by France for Armenia and the Armenian separatists in the Karabakh region of Azerbaijan by recognizing the self-designed bogus separatist regime.

The Foreign Ministry of Azerbaijan said the resolution is based on false accusations and slanderous provisions that undermine efforts to normalize relations between Azerbaijan and Armenia.

“This resolution adopted by the Senate, while being legally non-binding, once again demonstrates the biased and one-sided political position of France as a country that has declared its intention to contribute to the normalization process,” the ministry said in a statement on November 16.

“In general, all the far-fetched claims mentioned in the resolution are another indicator of the ignorance of its authors about the historical facts and the current situation in the region," the ministry added.

The ministry rebuked the statement as a tool for encouraging revanchist sentiments in Armenia, misleading historical realities about Karabakh’s being an inalienable part of Azerbaijan and demonstrating indifference toward Armenia’s 30-year occupation of Azerbaijani lands and brutal ethnic cleansing policy by Armenia in the territories of Azerbaijan.

The Azerbaijani Ambassador to Paris, Leyla Abdullayeva, said the resolution once again clearly shows France's biased position on the matter, which is far from the reality and negatively impacts peacebuilding efforts in the region.

Turkish President Recep Tayyip Erdogan also condemned the document as a “disgrace and tragedy”, calling on the international community to react to the biased stance of the French parliamentarians.

Meanwhile, Natalie Goulet, a member of the French Senate, said the resolution against Azerbaijan has no legal weight.

“I voted against this document because I am sure that Azerbaijan is on the right track. As always happens, the resolution was adopted under the influence of the strong Armenian lobby in France,” the senator told Azerbaijani news website Report.

“This resolution will not have any negative impact on Azerbaijan. The document is not legally binding. It will not be able to change the position of the French government. And in general, let's not forget that the Minsk Group, co-chaired by France, no longer exists," the senator added.

The French resolution refers to the hostilities on the border between Armenia and Azerbaijan in September of this year, describing them as “aggression” against Armenia.

The Armenian Armed Forces committed large-scale provocations on the country's border with Azerbaijan on September 13. The intensive shelling of the Azerbaijani positions was accompanied by the deployment of saboteurs who mined the territories and supply routes between the units of the Azerbaijani army in the Lachin, Kalbajar, and Dashkasan districts.

The Azerbaijan Armed Forces and the State Border Service lost 80 servicemen while suppressing the Armenian offensive. According to the Defense Ministry, countermeasures taken by the Azerbaijani army resulted in the manpower and combat equipment losses of the Armenian armed forces involved in offensive and sabotage operations.

Shortly after the incident, French President Emmanuel Macron accused Azerbaijan of “aggression” against Armenia both in the 44-day war in 2020 and the border clashes. His remarks were then condemned by the Azerbaijani authorities.

Back then, President Ilham Aliyev said the statements of the French president were insulting, unacceptable, false and provocative.

“In these statements, he accused Azerbaijan of engaging in a horrific war, thereby manipulating the facts, trying to mislead the French and world public. Azerbaijan waged war on its internationally recognized territory. Karabakh is recognized by the whole world as a part of Azerbaijan. We exercised our right to self-defense and restored our territorial integrity by force,” President Aliyev said.

“We categorically condemn and reject such statements and, given such an attitude of the French government, see no further possibility for France to play a role in the normalization of Azerbaijan-Armenia relations,” he added.

On September 27, 2020, the decades-old conflict between Armenia and Azerbaijan took a violent turn after Armenia’s forces deployed in the occupied Azerbaijani lands shelled military positions and civilian settlements of Azerbaijan. During the counter-attack operations that lasted 44 days, Azerbaijani forces liberated over 300 settlements, including the cities of Jabrayil, Fuzuli, Zangilan, Gubadli, and Shusha, from nearly 30-year-long illegal Armenian occupation. The war ended in a tripartite statement signed on November 10, 2020, by Armenia, Azerbaijan, and Russia. Under the statement, Armenia also returned the occupied Aghdam, Kalbajar, and Lachin districts to Azerbaijan.

During Armenia's occupation of Azerbaijan's Karabakh region, France served as one of three countries chairing the OSCE Minsk Group, a mediation structure tasked with fetching a peaceful end to the Armenia-Azerbaijan conflict. The Group’s shuttle diplomacy failed to deliver on its commitments over nearly 30 years.

In addition, despite the Minsk Group’s charter calling for neutrality in the negotiation process under the chairmanship mandate, France took Armenia's side during the 44-day war between Armenian and Azerbaijani forces in the Karabakh region of Azerbaijan from September 27 through November 9. President Emmanuel Macron voiced solidarity with Armenia on the fourth day of the fighting on September 30. The French government, French towns, and aid groups spared no effort to help Armenia. French cargo flights delivered medical supplies and other assistance tools to Yerevan shortly after the end of hostilities.

Following the 2020 war, the French Senate and lower house of the French parliament adopted resolutions to push the government to green-light the recognition of the so-called “Nagorno-Karabakh” region although even Armenia itself rejected to recognize the illegal separatist regime in the Azerbaijani lands. The resolution served as a recommendation and had no mandatory power.