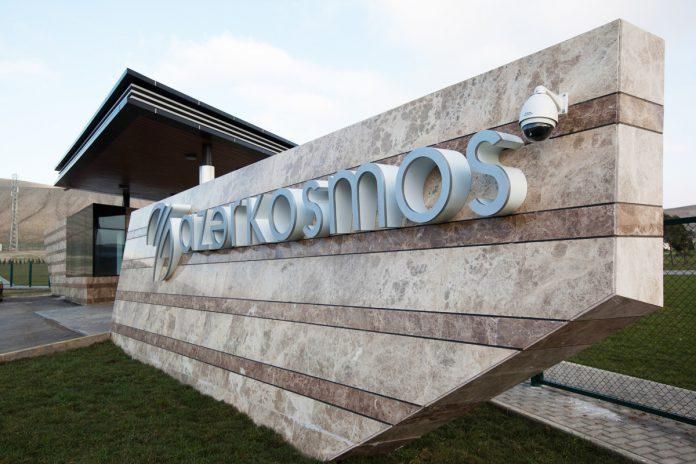 Azercosmos is the one and only satellite operator in the South Caucasus region, and it currently operates two telecommunication and one observation satellites. / Azercosmos

According to the “Export Review” published by the Center for Analysis of Economic Reforms and Communication of Azerbaijan, the company’s exports totaled $6.2 million from January through March this year.

The profit of Azercosmos from the export of services made up 86 percent of its total revenue. In March 2022, the company supplied services worth $2.1 million to overseas customers in 30 countries of the world.

In 2021, Azercosmos exported $45.3 million worth of satellite telecommunications and optical satellite services to 41 countries worldwide, $0.2 million and eight countries more than in 2020.

Azercosmos is the one and only satellite operator in the South Caucasus region. The company currently operates two telecommunication and one observation satellites. Azerspace-1 is the primary satellite of Azercosmos, providing highly reliable broadband and broadcast solutions to millions of people living in Europe, Africa, the Middle East, the Caucasus, and Central Asia. The satellite launched in February 2013 is equipped with 24 C-band transponders and 12 Ku-band transponders and is located at 46° East longitude.

Since December 2014, Azercosmos has operated and commercialized Azersky, a high-resolution optical Earth observation satellite. In 2018, Azercosmos sent Azerspace-2 into a geostationary orbit at 45° East longitude. It renders uninterrupted digital broadcasting, data transmission, and other services across Central Europe, Eastern Europe, Asia, the Middle East, and Sub-Saharan Africa. Azerspace-2 is also used as a backup for Azerspace-1.

Azercosmos cooperates with numerous companies such as the US-based HorizonSat and UtiSat of the United Arab Emirates. Recently, the company has signed a partnership agreement with the German satellite communication solutions and data company Signalhorn.

“Using the latest iDirect technology, Azercosmos and Signalhorn will be able to contribute to state-of the-art and efficient connectivity through the Leuk teleport, resulting in a high degree of operational flexibility and agility,” Azercosmos said in a statement last week.

“Through this partnership, Azercosmos and Signalhorn will provide high-quality internet connectivity and provide more opportunities for humanitarian aid as well as greater connectivity options across Africa.”