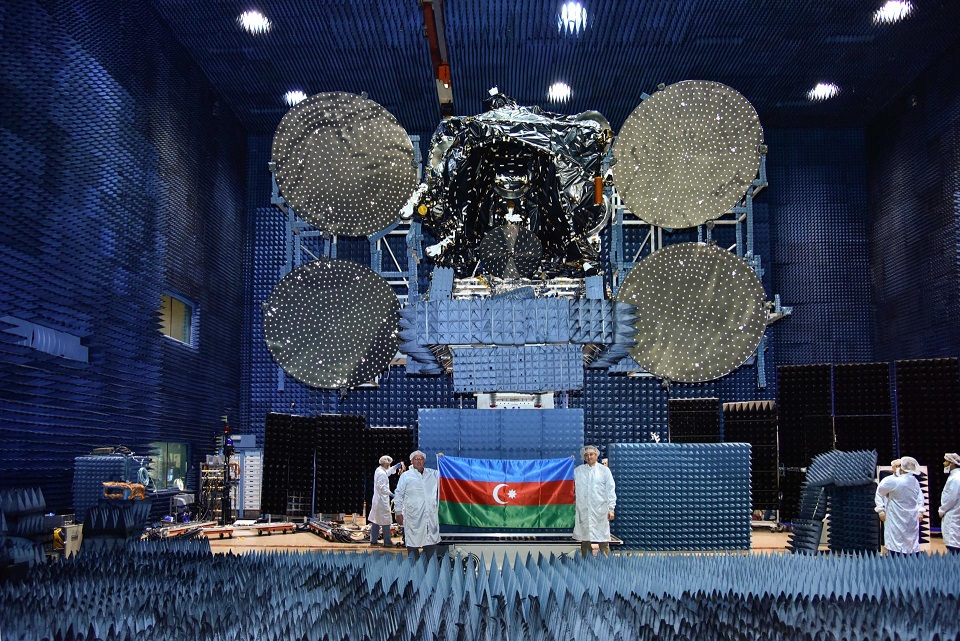 Azerspace-2, manufactured by the California-based aerospace industry company Space Systems/Loral (SS/L), is telecommunication satellite with a 15-year lifespan that will cover Europe, the Middle East, sub-Saharan Africa, and Central and South Asia / Azercosmos

Azerbaijan is getting more and more serious about providing high-speed, state-of-the-art telecommunications equipment to service the Caspian country’s population of nearly 10 million citizens and a greater region stretching from Europe, Asia to Africa.

Azerbaijan’s second geostationary communications satellite, dubbed Azerspace-2/Intelsat-38 will go into orbit on September 7, following an announcement by Arianespace space transportation company on Monday. The satellite will be launched from the Kourou spaceport in French Guiana, in South America, according to reports by Trend.

The Ariane 5 ECA rocket carrier will launch Azerspace-2/Intelsat-38 into a geostationary orbit at 45° east longitude and next to the first Azerbaijani satellite called Azerspace-1/Africasat-1a. The new telecommunication satellite will have a 15-year lifespan and cover Europe, the Middle East, sub-Saharan Africa, and Central and South Asia. The device was manufactured by the California-based aerospace industry company Space Systems/Loral (SS/L), a subsidiary of MacDonald Dettwiler and Associates.

Officials in Baku first illustrated the country’s serious involvement in the global aerospace industry in February 2013, with the launch of Azerspace-1/Africasat-1a by the same company that will launch the new satellite. Fifty countries throughout Central Asia, Europe, Africa and the Middle East are better connected, thanks to the deployment of Azerspace-1.

As of February of this year, Azerspace-1 and AzerSky generated revenues worth $71 million and $19 million, respectively. Azerspace-1 is expected to bring in a total of $600 million over the course of its 15-year lifespan.

Azerbaijan owns the one and only satellite operator in the South Caucasus, called Azercosmos State Agency and established in May 2010 as a result of two consecutive orders signed by President Ilham Aliyev, in 2008 and 2009. Both orders instructed the central government to establish a space industry that can deploy telecommunications satellites into space. Three years later, in February 2013, Azercosmos sponsored the launch of Azerspace/Africasat-1a, at a cost of about $203 million.