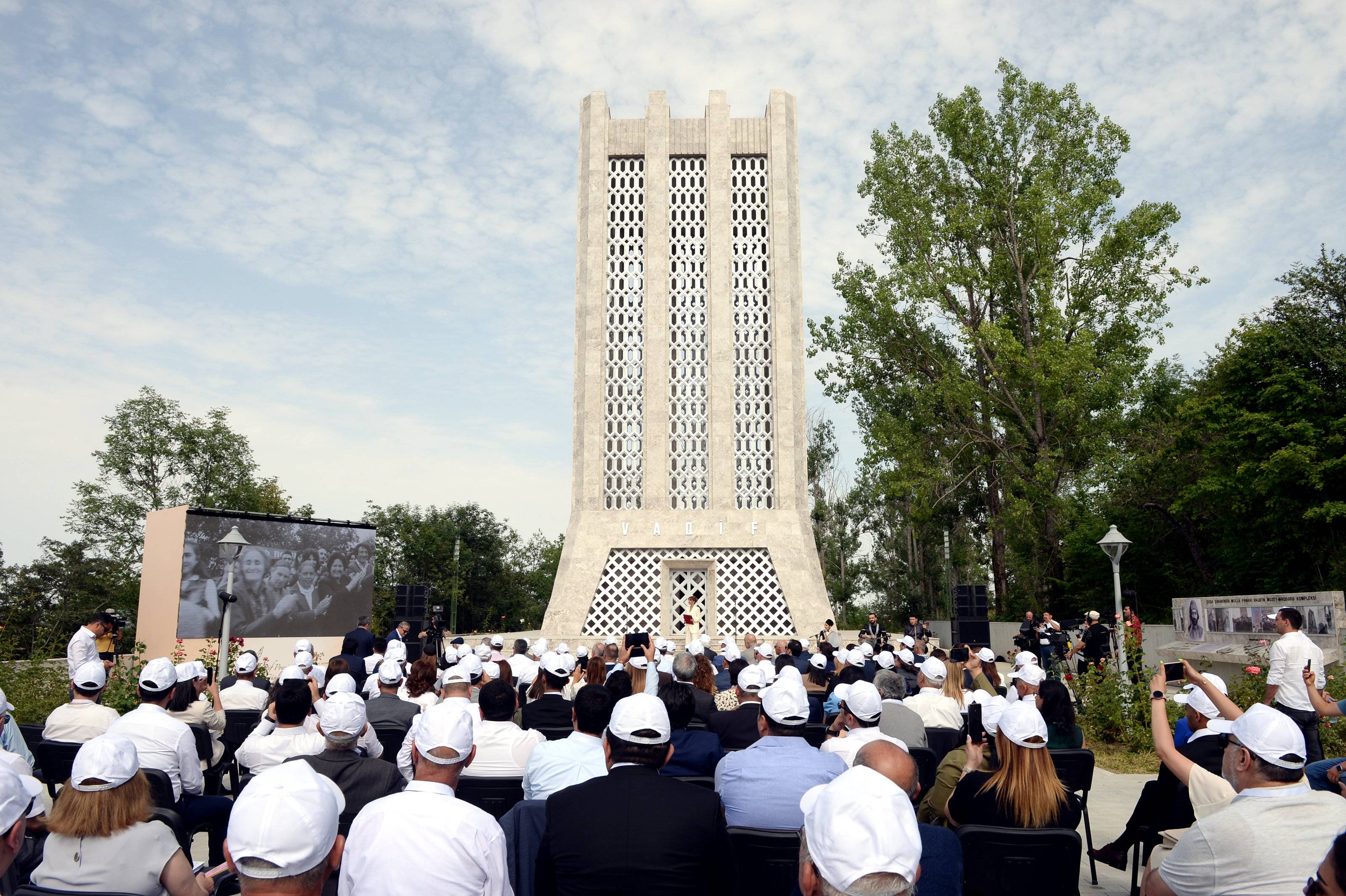 The Vagif Poetry Days cultural festival took place on July 14-15 in the Azerbaijani city of Shusha, marking the second edition since the liberation of Shusha from the Armenian occupation in 2020.

The event gathered participants and guests in front of the Vagif Mausoleum, an iconic structure erected over the tomb of the prominent Azerbaijani poet Molla Panah Vagif, who served as a vizier to the Karabakh khan Ibrahimkhalil in the khanate’s capital Shusha.

This year’s edition of the four-decade-old Vagif Poetry Days festival, co-organized by the Heydar Aliyev Foundation, the Ministry of Culture and the Union of Azerbaijani Writers, was attended by the members of the Union, young poets and writers, and veterans of the Second Karabakh War. The opening day of the cultural gala featured performances by the young poets who have fought in the war, as well as a book fair that displayed the books of more than 100 poets and writers.

Azerbaijan’s First Vice-President Mehriban Aliyeva shared a series of photos and videos from the event on her Instagram page, describing it as “emotional moments filled with glory”.

The event wrapped up in a grandiose concert program.

Vagif Poetry Days was first held in 1982 following the solemn opening of the mausoleum and poetry house of Molla Panah Vagif. The festival was held annually until 1991 when Armenia launched a war in the Karabakh (Garabagh) region of Azerbaijan. Following the occupation of Shusha, the event was not held for 28 years until the city’s liberation in 2020.

Following the dissolution of the Soviet Union in 1991, Armenia launched a military campaign against Azerbaijan that lasted until a ceasefire was reached in 1994. Armenia occupied 20 percent of Azerbaijan’s internationally-recognized territories, namely the Karabakh region, including Shusha. Over 30,000 ethnic Azerbaijanis were killed and 1 million others were expelled from their lands in a brutal ethnic cleansing campaign conducted by Armenia.

The Azerbaijani army restored Azerbaijan’s sovereignty over the city of Shusha on November 8, 2020, during a 44-day-long counter-offensive operation from September 27 through November 9, 2020. Azerbaijani forces liberated more than 300 settlements, including the cities of Jabrayil, Fuzuli, Zangilan, Gubadli, and Shusha, from a nearly 30-year-long illegal Armenian occupation. The liberation of Shusha played a crucial role in the retreat of Armenia’s forces and the cessation of hostilities. The war ended with the signing of a tripartite statement by Armenia, Azerbaijan and Russia on November 10, 2020. Armenia also returned the occupied Aghdam, Kalbajar, and Lachin districts to Azerbaijan as part of the obligations it agreed to under the agreement.

Vagif’s mausoleum and poetry house were all but completely destroyed and looted by Armenians during nearly three decades of Armenian occupation. It was almost built from scratch post-war. The restoration of the mausoleum was implemented by the Heydar Aliyev Foundation.

The original building of the mausoleum designed by Azerbaijani architects Abdulvahab Salamzade and Eldar Kanukov was constructed in 1982, at the place where Vagif was executed in 1797. The construction of Vagif's mausoleum was initiated and ordered by Azerbaijan’s former president Heydar Aliyev, the then leader of Soviet Azerbaijan.