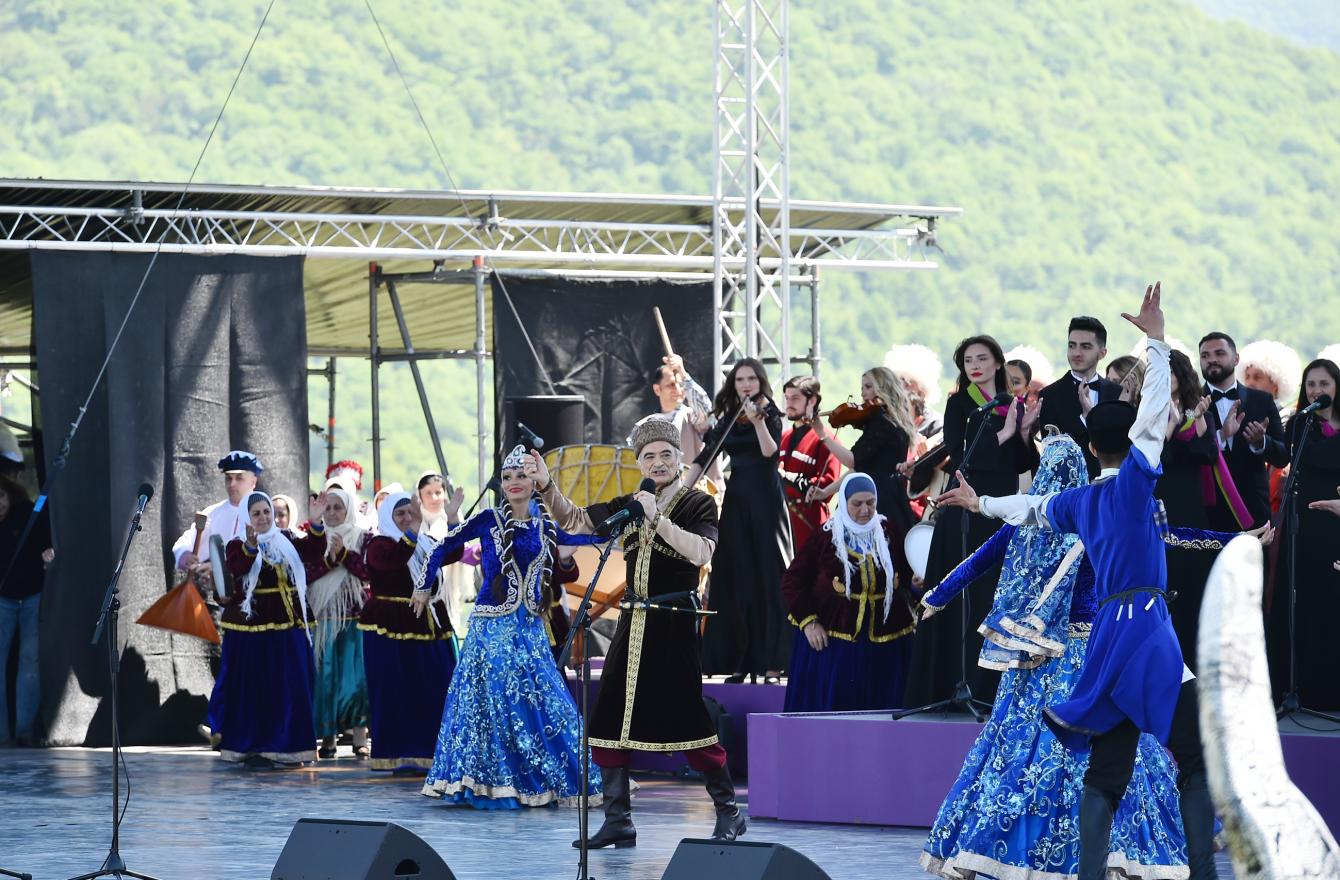 A photo from the Kharybulbul Music Festival in Shusha, Azerbaijan, May 12, 2021 / President.Az

Azerbaijan’s Shusha city is getting ready for the next edition of the Kharybulbul Music Festival, the country’s culture ministry said this week.

Maryam Gafarzade, who heads the media and communication department of the ministry, said the festival would mark the first significant event of 2022, which is celebrated as the “Year of Shusha” in Azerbaijan.

The festival in the country’s Karabakh (Garabagh) region will be organized by the culture ministry together with the Heydar Aliyev Foundation, a non-governmental and non-commercial charity foundation, and the Shusha City State Reserve.

The first edition of the Kharybulbul Music Festival took place in Shusha in May 1989 to honor famous Shusha-born Azerbaijani singer Seyid Shushinski. The festival was held traditionally in May with musicians from Japan, the United States, Turkiye, Germany, Israel, Italy, Spain, Austria, Afghanistan, and the USSR. It was considered one of the most important cultural events both in Azerbaijan and worldwide.

The third time, the festival was held in 1991. The festival’s fourth edition was supposed to start on May 15, 1992, with about 500 people from more than 30 countries among participants.

On May 8, 1992, Armenian armed forces captured Shusha. A mass ethnic cleansing policy conducted by Armenia against around 25,000 ethnic Azerbaijanis living in the city and 31 surrounding villages left no chances for the festival’s celebration. Armenia’s military campaign against Azerbaijan that started following the Soviet Union’s dissolution in 1991 lasted until a ceasefire deal in 1994. As a result, Armenia occupied 20 percent of Azerbaijan’s internationally recognized territories. Over 30,000 ethnic Azerbaijanis were killed, and one million were expelled from those lands in a brutal ethnic cleansing policy conducted by Armenia.

The Azerbaijani army restored Azerbaijan’s sovereignty over Shusha on November 8 during the 44-day-long counter-offensive operations from September 27 through November 9, 2020. Azerbaijani forces liberated more than 300 settlements, including the cities of Jabrayil, Fuzuli, Zangilan, Gubadli, and Shusha, from nearly 30-year-long illegal Armenian occupation. The liberation of Shusha played a crucial role in the retreat of Armenia’s forces and cessation of hostilities. The war ended with the signing of a tripartite statement by Armenia, Azerbaijan and Russia on November 10, 2020. Under the agreement, Armenia also returned the occupied Aghdam, Kalbajar and Lachin districts to Azerbaijan.

President Ilham Aliyev declared 2022 the “Year of Shusha” in Azerbaijan to mark the 270th anniversary of the founding of Shusha by Panahali Khan in 1752 and to speed up the restoration of the city.

Meanwhile, the fact that the city was chosen as the venue for the Kharybulbul Music Festival is no coincidence. Shusha is well known as “the temple of Azerbaijani music” and the conservatory of the South Caucasus. The city is home to one of the leading schools of mugham, the traditional Azerbaijani vocal, and instrumental arts genre that has influenced music throughout the Caspian and Middle East regions.

In its 2021 edition, the first in three decades, the festival featured performances by representatives of dozens of nations living in Azerbaijan under the motto “Multiculturalism in the Azerbaijani Music.”