Azerbaijan’s Relationship With EU On Upward Trend, As Leaders Meet In Estonia 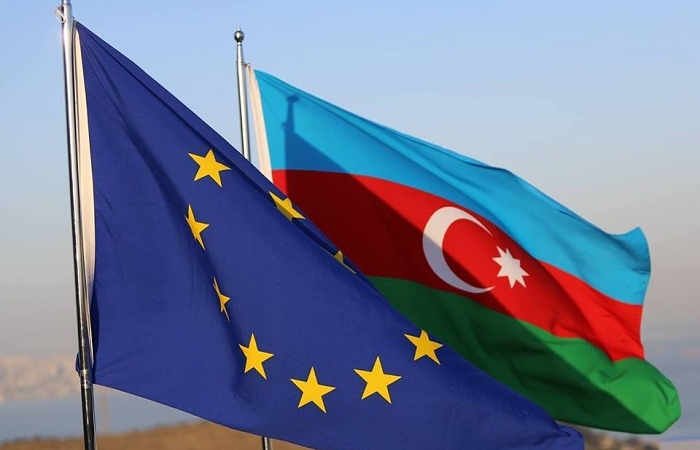 The EU is poising to be the largest export and import partner of Azerbaijan. Sixty-five percent of Azerbaijan’s overall exports go to markets in EU member states, while imports from those countries to Azerbaijan account for 33 percent Azerbaijan’s total purchases

Azerbaijan continues to deliver on its commitments to strengthen relations with the European Union (EU), as Baku dispatched a high-ranking government official to attend an informal meeting of foreign ministers from EU member states, taking place in Tallinn, Estonia, from September 7-8.

The meeting, which is meant to discuss topical issues in Eastern Europe and its relation to the EU, is a prelude to the fifth Eastern Partnership summit, to be held in Brussels on November 24.

“There is currently an upward trend in relations between Azerbaijan and the EU, which is based on a political dialogue, economic ties, and cooperation in transportation, energy, and humanitarian spheres,” Hikmat Hajiyev, spokesman for the Azerbaijan’s foreign ministry, told Caspian News.

The EU’s Eastern Partnership was formed in 2008 and serves to create necessary conditions for accelerating the political and economic integration between the European bloc and six countries of the former Soviet Union, namely Azerbaijan, Armenia, Belarus, Georgia, Moldova and Ukraine.

Azerbaijan’s relationship with the EU formally kicked off in 1996, with the signing of a Partnership and Cooperation Agreement (PCA). Three years later the agreement went into force, establishing a framework for political dialogue, economic and trade relations, and a basis for legislative, economic, social, financial, civil scientific, technological and cultural cooperation.

In November 2016, the Council of the European Union issued a mandate to the European Commission and the High Representative for Foreign Affairs and Security Policy to negotiate a more comprehensive agreement with Azerbaijan. In June of this year, representatives from the EU and Azerbaijan’s government met in Baku for talks that would form the basis for renewing the PCA.

“Currently we’re working to complete the talks on renewing the Partnership and Cooperation Agreement with the EU. It will play a crucial role for further developing relations,” Hajiyev told Caspian News. “Today the most significant economic and trade partners of Azerbaijan are the EU member countries.”

The lion’s share of exports has been in oil and gas, as the EU is becoming expectant of the Caspian region to help meet its energy demands. After Moscow showed its unreliability for energy imports into Europe during a spat with Ukraine in 2007, EU leaders started to look to other markets for importing hydrocarbons.

Azerbaijan is proving to be a reliable energy partner for EU energy security with the opening of its offshore Shah Deniz gas field, located underneath the Caspian Sea, which forms the backbone of the Southern Gas Corridor mega-pipeline project. The 3,500 kilometer-long pipeline will supply Europe and Turkey with well over 16 billion cubic meters of natural gas per year, beginning in 2020.