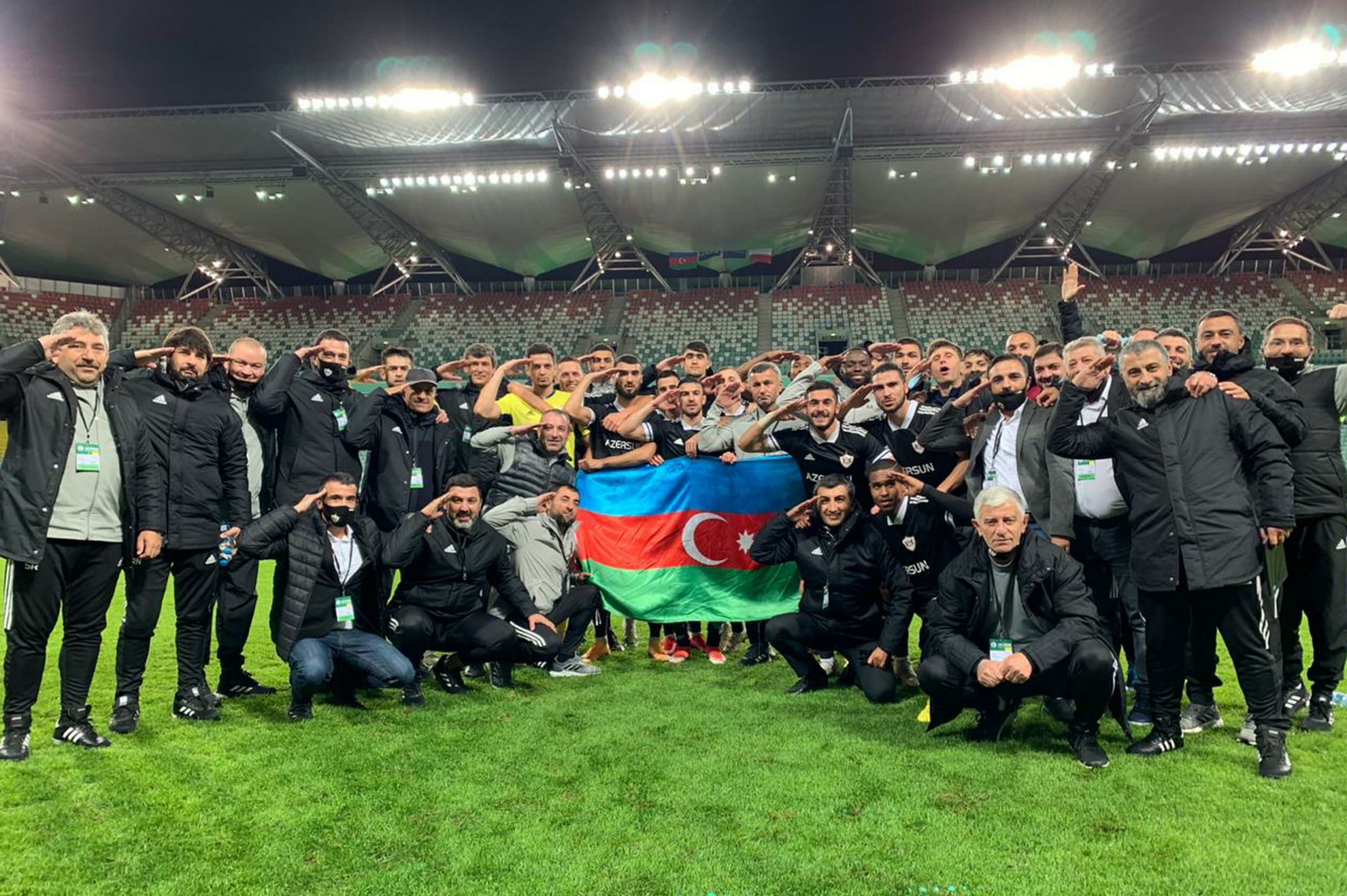 Qarabağ FK football club has reached the group stage of the UEFA Europa League after beating Poland's Legia in the play-offs.

Azerbaijan's defending champion Qarabağ FK outclassed its rival, Legia in the knockout game that took place at the Marshall Józef Piłsudski's Municipal Stadium in the capital city Warsaw of Poland on October 1. The game saw Azerbaijani club dominating since the start whistle, and the match ended with the score 0:3 in favor of Qarabağ.

The only representative club of Azerbaijan in the UEFA Champions League Qarabağ continued its matches in UEFA Europa League, after being eliminated by Norwegian club of Molde in the third qualification round on September 16, gaining a victory in penalties.

In August, Qarabağ FC has outpaced Northern Macedonia's Sileks (4:1) and Moldova's Sheriff (2:1) football clubs in the first and second qualifying phases of the Champions League respectively.

Although Qarabağ FK represents the southwestern Aghdam district of Azerbaijan, it plays home games in Baku due to the occupation of eighty percent of Aghdam district, including the city of Aghdam, by Armenia in 1993.

The club's home turf Imarat Stadium was razed to the ground in the wake of the Armenian military's artillery fire, while its manager Allahverdi Baghirov was martyred during the war in the Nagorno-Karabakh region of Azerbaijan. Aghdam is currently a ghost town deprived of indigenous ethnic Azerbaijani population with no signs of life.

The Nagorno-Karabakh region and seven surrounding districts of Azerbaijan, including Aghdam remain under Armenia's occupation since a full-scale war in 1991-1994. Azerbaijan faced a humanitarian crisis during the war, in which 30,000 of its citizens were killed, while one million others were displaced forcibly from their homes amidst occupation and mass ethnic cleansing campaigns by Armenia's forces.

Four UN Security Council and two UN General Assembly resolutions, as well as many international organizations, demand the immediate withdrawal of the occupying forces from Azerbaijani lands and return of internally displaced Azerbaijanis to their ancestral lands.

Despite international calls, Armenia refuses to withdraw its forces from the occupied Azerbaijani lands, paving the way for regular hostilities triggered by Armenia's military stationed in the occupied lands of Azerbaijan and on the Armenia-Azerbaijan state border.