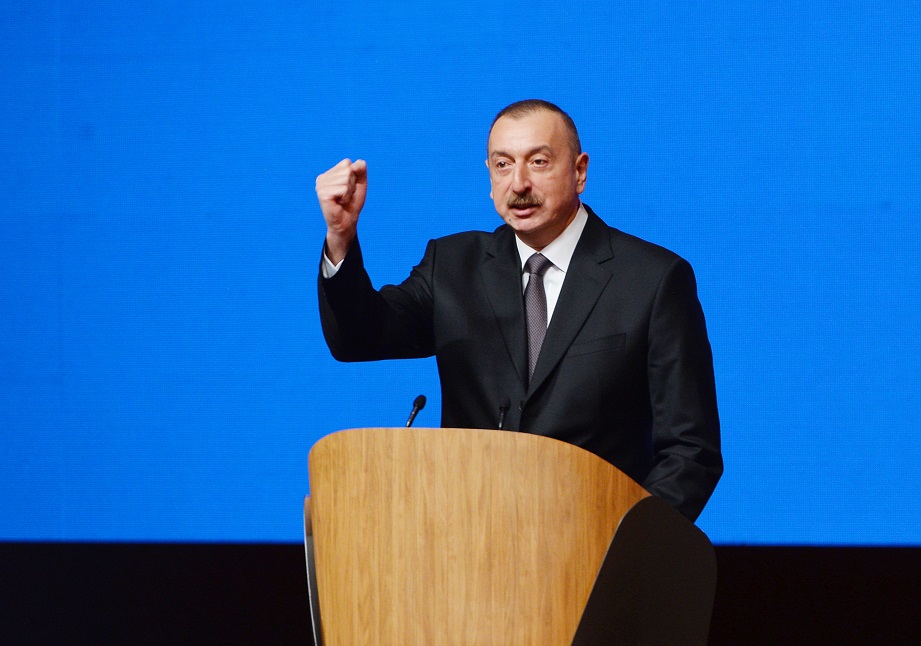 The results of a survey conducted by the Center for Independent Studies ELS show that 84.1 percent of respondents said they will vote for the incumbent President Ilham Aliyev in Azerbaijan’s presidential election.

The head of the Center for Independent Studies ELS, Irada Yagubova said at a press conference held on Tuesday that all other candidates were the favorite of just 0.2 percent of respondents; 9.2 percent said they have yet to decide for whom they will vote, and 6.5 percent said they will not vote at all.

The survey was carried out among 1,580 respondents in 68 districts of Azerbaijan between February and March and measured public satisfaction with the socio-political and socioeconomic situation in the country.

Eight candidates will be competing in Azerbaijan’s eighth presidential election, to be held on April 11. President Aliyev is running for his fourth term.

Safe living conditions, a stable political situation and the government’s policy related to the longstanding conflict with Armenia were all reported as factors contributing to Aliyev’s popularity.

Since 2003, when President Ilham Aliyev first came to power, the government has called for settling the Nagorno-Karabakh conflict in accordance with the four United Nations Security Council resolutions that were passed in 1994 and the territorial integrity of Azerbaijan. The government sees the status quo, whereby Armenia occupies Azerbaijan's Nagorno-Karabakh region and seven surrounding districts, as unacceptable and against all international norms for sovereign states.

Armenia and Azerbaijan went to war shortly after the dissolution of the Soviet Union in 1991, which lasted until a ceasefire went into effect in May 1994. The war claimed the lives of more than 20,000 Azerbaijanis and displaced one million.

Internal and foreign policies pursued by President Aliyev are supported by 86 percent and 91.4 percent, respectively, of those people surveyed recently. Over 83 percent of the respondents said they had cast their votes for President Aliyev in his last race for the presidency, in 2013.