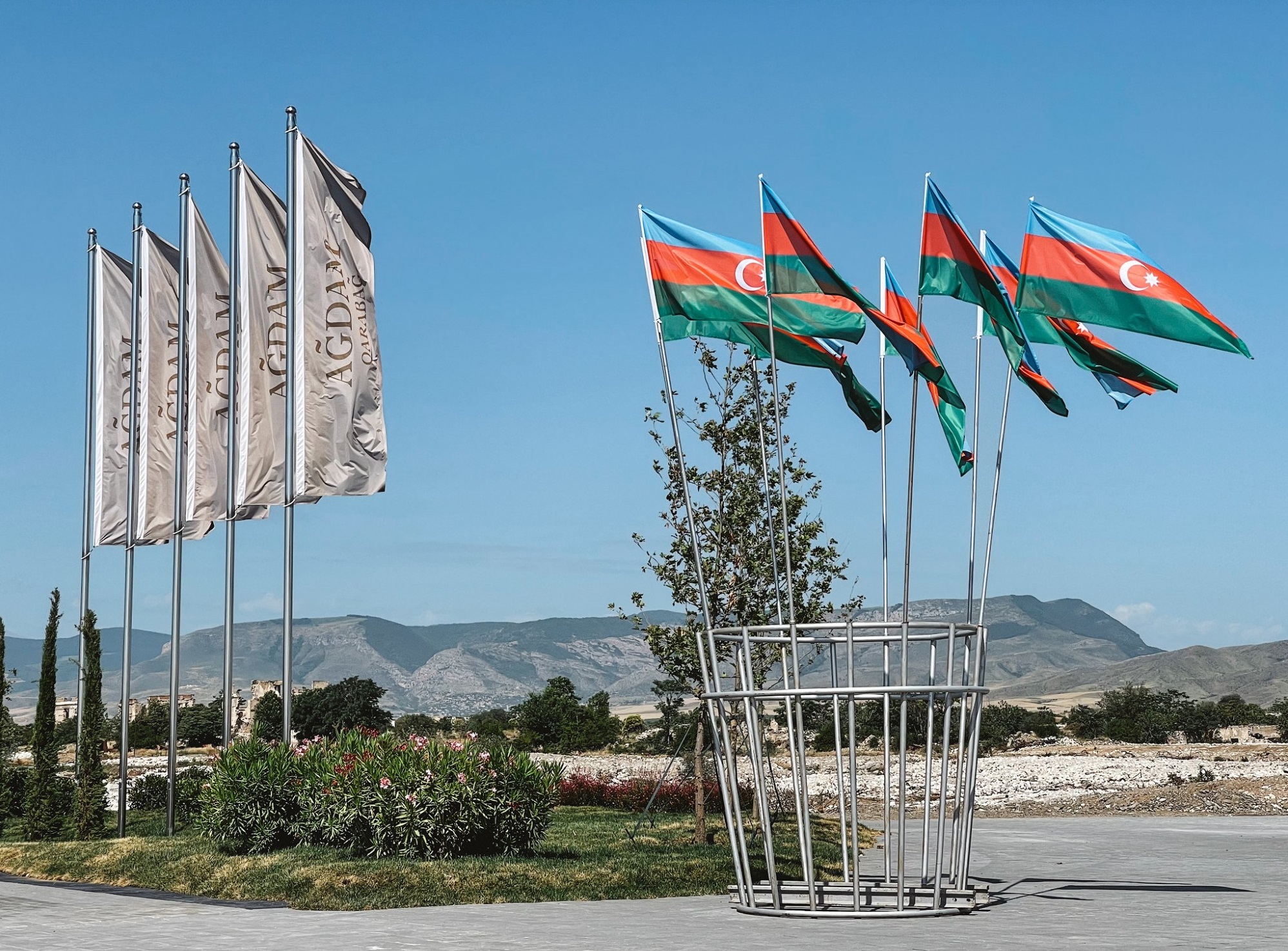 Azerbaijan’s Aghdam city, which is often referred to as a “ghost town”, has been wholly cleared from landmines planted by Armenian forces after they occupied Karabakh (Garabagh) region in the early 1990s.

“Mines were completely removed from the territory of the city,” said Allahveren Aliyev, deputy head of the executive power of the Aghdam district, whose administrative center is the city of the same name.

Allahveren Aliyev further added that demining operations are now carried out in the other parts of the district, liberated last year from Armenia’s occupation.

“Power transmission lines, water supply lines, roads are being built. At present, the process of demining in the villages of the district continues.”

Azerbaijan’s territories, including Aghdam, have been mined heavily during their nearly 30-year-long occupation by Armenia.

Armenia kicked off full-blown military aggression against Azerbaijan following the Soviet Union’s dissolution in 1991. The bloody war lasted until a ceasefire in 1994 and saw Armenia occupying 20 percent of Azerbaijan’s internationally recognized territories. Over 30,000 Azerbaijanis were killed, and one million others were expelled from those lands in a brutal ethnic cleansing policy conducted by Armenia.

Armenia’s forces occupied a significant part of the Aghdam district, including the city and 89 villages, which comprised about 73 percent of the district’s territory, on July 23 in 1993. The occupied areas were razed to the ground. A small number of villages of the Aghdam district remained under Azerbaijan’s control following Armenia’s occupation. About six thousand residents of the district were killed, and 126,000 were forcibly displaced in the wake of Armenia’s attack.

The occupation of Aghdam ended after 27 years as a result of the six-week-long war between Armenia and Azerbaijan in 2020.

On September 27, 2020, the decades-old conflict between the two countries spiraled after Armenia’s forces deployed in the occupied Azerbaijani lands shelled military positions and civilian settlements of Azerbaijan. During the counter-attack operations that lasted 44 days, Azerbaijani forces liberated over 300 settlements, including the cities of Jabrayil, Fuzuli, Zangilan, Gubadli, and Shusha, from nearly 30-year-long illegal Armenian occupation. The war ended in a tripartite statement signed on November 10 by Armenia, Azerbaijan, and Russia. Under the agreement, Armenia also returned the occupied Aghdam, Kalbajar, and Lachin districts to Azerbaijan. Aghdam was the first Azerbaijani district that was liberated in post-war non-combat conditions set by the document.

Shortly after the war, the Azerbaijani government started extensive mine-clearing operations in the once occupied lands. Demining operations, however, face many challenges due to Armenia’s refusal to hand over the maps of the areas where the landmines are located.

Earlier this year, Armenia submitted some minefield maps of the once occupied Aghdam, Fuzuli, and Zangilan districts of Azerbaijan, which reportedly identify the coordinates of a total of 189,000 anti-tank and anti-personnel mines. The Azerbaijani side handed over 30 Armenian saboteurs – detained in Azerbaijani territory after a ceasefire agreement was signed in November 2020 – to Armenia in return for the maps.

After investigations into the maps, Azerbaijan’s President Ilham Aliyev said they were only 25 percent accurate.

Meanwhile, large-scale reconstruction and restoration works are being carried out in the Aghdam district. In May, President Aliyev broke ground to construct a new highway and first, “smart” residential building. A total of 1,750 houses and 23,000 apartments will reportedly be built in Aghdam. Seventy percent of the city’s population will live in apartment buildings, and the rest 30 percent in private houses.

The world-renowned Bread Museum of Aghdam and the oldest school in the Karabakh region, launched in 1883 and destroyed during the occupation, will also be revived.

The city center will be rebuilt in line with the traditional architecture of Karabakh cities. There will be a 30,000-seat football stadium, municipal buildings, a theater, a concert hall, and the Karabakh University. A park with a memorial museum to honor the last year’s victory in the Patriotic War and an open-air concert hall will also operate in the city.