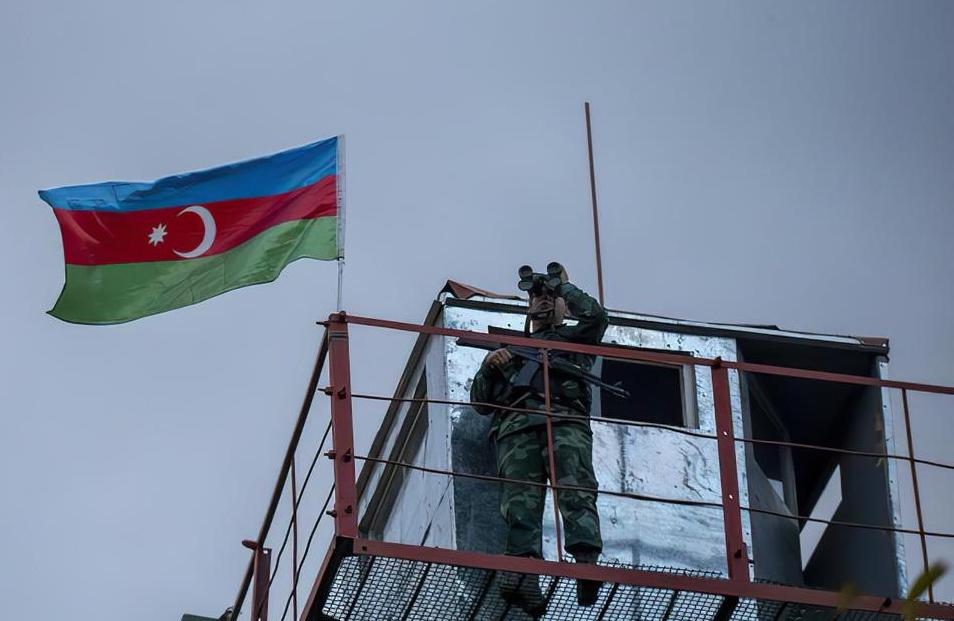 Over the past few months, Azerbaijan launched several border posts in the districts of Zangilan, Gubadli, and Lachin to strengthen its border with Armenia.

Azerbaijan’s Foreign Ministry said Armenia’s reaction to the recent border protection measures along the borderline of the two countries was “inadequate” and urged officials in Yerevan “not to unreasonably aggravate the situation in the region.”

In a statement issued on May 13, Azerbaijan’s Foreign Ministry said that with the improvement of weather conditions in the settlements of the liberated Lachin and Kalbajar regions, which border Armenia and have difficult mountainous terrain and climatic conditions, the Azerbaijani border forces “are deployed in the positions of our country.”

This process is carried out in the usual mode and in a systematic manner, according to the statement.

“Measures to strengthen the border protection system implemented within the territorial integrity of Azerbaijan are carried out on the basis of maps available to each of the sides that define the border line between Armenia and Azerbaijan,” the ministry said on Thursday.

“It is surprising that the Armenian side reacted inadequately to this process and made provocative statements. We believe that attempts by official circles to use this issue for political purposes in connection with the pre-election situation in Armenia are unacceptable.”

“We recommend that the political and military circles of Armenia not be alarmed, accept the reality of the interstate border regime along the Zangilan, Gubadli, Lachin and Kalbajar regions of Azerbaijan and not unreasonably aggravate the situation in the region. Such cases can and should be resolved through mutual contacts between the military on both sides.”

On May 12, Armenian acting Prime Minister Nikol Pashinyan said that the Azerbaijani military allegedly crossed the state border and advanced 3 kilometers into Armenia.

Armenia has already sent an official appeal to the CSTO, a military bloc uniting Russia, Armenia, Belarus, Kazakhstan, Kyrgyzstan, and Tajikistan. The organization’s charter allows for the possibility of joint actions by the member states to protect state borders. Government officials in Armenia said the bloc would consider the request within three days.

Pashinyan also called Russia’s President Vladimir Putin to discuss the alleged “encroachment on the territory of Armenia.” Following the phone conversation, President Putin reaffirmed Russia’s commitment to further active mediation and close contacts with Yerevan and Baku in the interest of ensuring stability in the region.

On May 13, Azerbaijan’s Foreign Minister Jeyhun Bayramov had a phone conversation with Ann Linde, his Swedish counterpart and OSCE Chairperson-in-Office. The sides stressed the importance of adhering to the tripartite statement that put an end to the last year’s war.

European Union (EU) High Representative Josep Borrell said in a statement that the EU was following the developments along the Armenia-Azerbaijan border closely.

“Border delimitation and demarcation must be resolved through negotiations,” he said on Friday. "We welcome ongoing contacts at the technical level between the two sides.”

Meanwhile, Azerbaijan’s State Border Service also commented on the recent events on the Azerbaijani-Armenian border, saying that after the restoration of Azerbaijan’s territorial integrity, the border defense and security infrastructure is being created on the state border with Armenia.

“Recently, Azerbaijan’s Foreign Ministry issued an official position on events in this direction. Now discussions are underway with the participation of representatives of the Azerbaijani and Armenian state border services,” the Service said.

Armenia and Azerbaijan have long been at odds over the latter’s Karabakh region. Following the Soviet Union’s dissolution, Armenia launched a military campaign against Azerbaijan that lasted until a ceasefire deal was reached in 1994. As a result, Armenia occupied 20 percent of Azerbaijan’s internationally recognized territories, including the districts of Lachin, Kalbajar, Gubadli, and Zangilan, which border Armenia. Over 30,000 ethnic Azerbaijanis were killed, and one million others were expelled from their homes in a brutal ethnic cleansing policy conducted by Armenia.

Measures to create and strengthen the border protection system were launched in the liberated districts of Azerbaijan.

The border defense infrastructure is being created along Azerbaijan’s state border, according to Azerbaijan’s State Border Service. Azerbaijan has already launched several border posts in the districts of Zangilan, Gubadli, and Lachin to strengthen its border with Armenia.

“Over the past two months, ten new military units have been opened in these directions, and by the end of May, construction and repair work will be completed in six more units,” TASS agency quoted the head of the State Border Service, Colonel-General Elchin Guliyev, as saying.