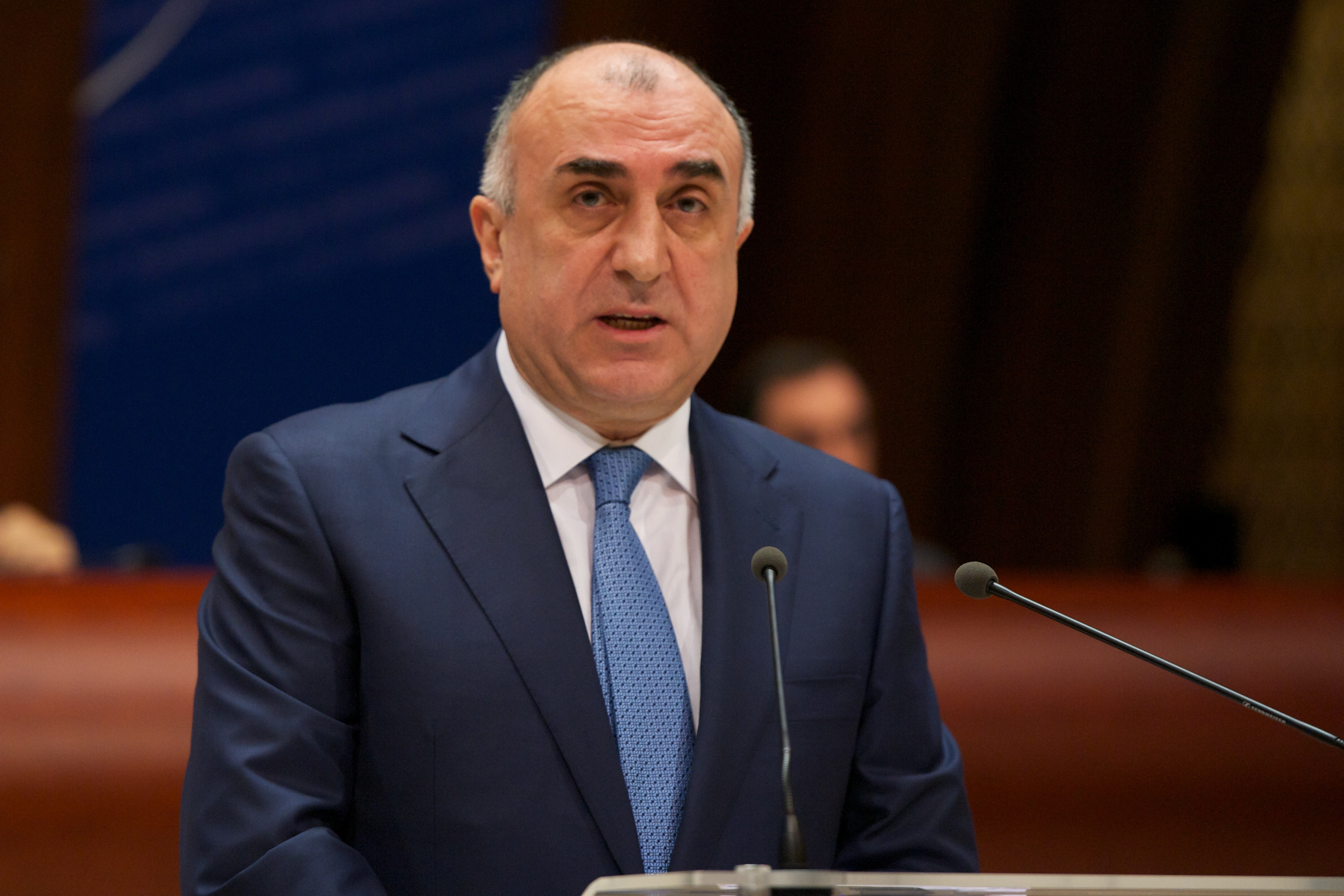 Azerbaijan’s Foreign Minister Elmar Mammadyarov says Armenia is taking steps to disrupt negotiations for the Nagorno-Karabakh conflict, while adding there is still a chance for the two countries to resolve the long-standing conflict.

In an interview with Minval.az this week, Minister Mammadyarov shared his views on different aspects of the conflict, saying the Armenian side may try to hamper the negotiation process, but diplomacy could still lead to a settlement.

“As a person who has been directly involved in negotiations for many years, I personally believe that there is an opportunity to resolve the conflict through negotiations, it is only necessary for the parties to show political will,” he said. “If we want peace, security, normal good neighborly relations and, finally, progress, then the grave consequences of the conflict must be eliminated, and states must respect each other's territorial integrity within their internationally recognized borders. There is no other formula for the world."

The conflict in the Nagorno-Karabakh region of Azerbaijan began in the late 1980s following Armenia's ungrounded claims to the region which is an internationally recognized as part of the sovereign territory of Azerbaijan. In 1991, a war broke out between the two countries as Armenia launched a full-fledged military campaign against Azerbaijan after the dissolution of the Soviet Union. The so-called pretext for the military intervention was illegal claims to the Azerbaijani region where partial Armenian population was living next to indigenous Azerbaijanis.

The bloody war stopped with a ceasefire in 1994. By that time, Armenia occupied the Nagorno-Karabakh region and seven surrounding districts of Azerbaijan, which comprise 20 percent of the country’s internationally recognized territory. More than 30,000 ethnic Azerbaijanis were killed during the war, while one million people were displaced.

The government of Azerbaijan has been actively seeking a political solution to the conflict since the negotiation process kicked off in 1994, involving international mediators from the U.S., France, and Russia under the OSCE Minsk Group. Minister Mammadyarov said Azerbaijan's position remains unchanged as it calls for liberating the internationally recognized territories of Azerbaijan and restoring the rights of the internally displaced Azerbaijanis. Armenia, however, refuses to agree to these terms.

“The occupying country has so far voiced many statements, completely groundless, misleading, and aimed at deceiving the international community. Feeling driven into a dead-end in the framework of the negotiation process, Armenia is taking steps to disrupt it, carrying out provocations. This is what they want to achieve - to damage the negotiation process while shifting responsibility to Azerbaijan,” Mammadyarov said during the interview.

By keeping the Azerbaijani lands under occupation for nearly three decades, Armenia violates the demands of international law addressed in four resolutions adopted by the UN Security Council in 1993. The legally binding documents call for immediate and unconditional withdrawal of the Armenian military from the occupied territories of Azerbaijan. Armenia has failed to fulfill the resolutions, while it has also rejected the phased settlement proposal that was recently supported by Sergei Lavrov, Foreign Minister of Russia, which is one of the co-chairing countries of the OSCE Minsk Group.

Mammadyarov said the elements of a phased settlement include the liberation of the occupied territories around Nagorno-Karabakh, the return of Azerbaijanis expelled from these territories and the opening of communications between Azerbaijan and Armenia.

“It is supposed to provide conditions for the joint residence of both [Azerbaijani and Armenian] communities of the Nagorno-Karabakh region for some time, with consideration at subsequent stages of the status of the region in the framework of observing the territorial integrity of Azerbaijan,” the minister said.

“For the Armenian side, which claims that these elements were allegedly not discussed and that no document is lying on the negotiating table, instead of deceiving their compatriots, it would be better, without wasting time in vain, to prepare their own people for peace, as it agreed in the face of the international community," he added.

A former Armenian military official admitted that the armed forces of Armenia used Russian-made I...