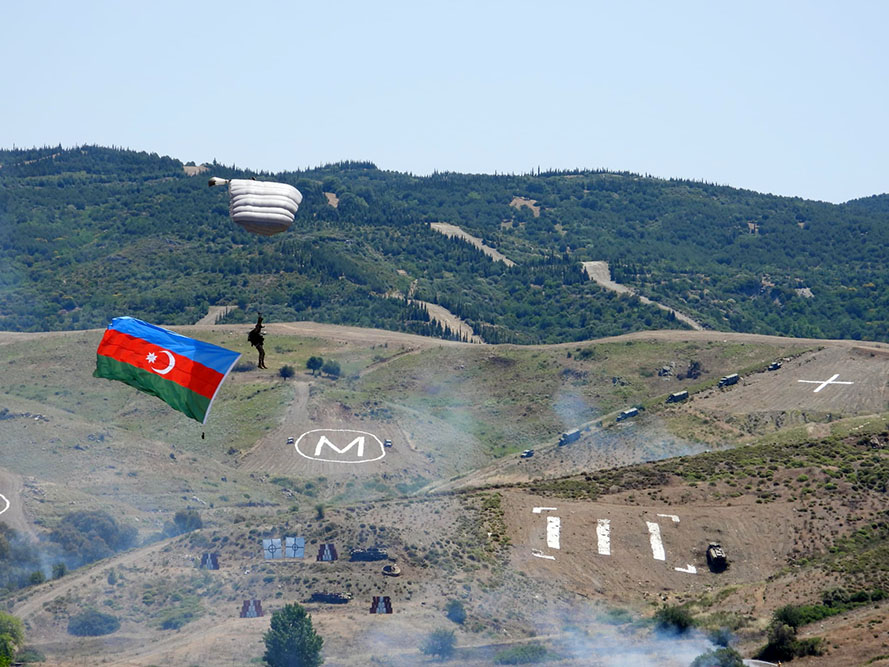 As part of the "Efes-2022" exercises on June 2, the Azerbaijani servicemen completed the tasks of clearing the coastline of underwater mines, conducting an air assault behind an imaginary enemy, attacking its military facility on the coast / Azerbaijan Defense Ministry

Azerbaijan’s Defense Minister, Colonel General Zakir Hasanov made a visit to Türkiye on June 7 to watch the Efes-2022 international exercises alongside other high-ranking military officials.

The visit of the minister comes after an official invitation from his Turkish counterpart Hulusi Akar, according to the Azerbaijani Defense Ministry’s statement.

Minister Hasanov is expected to particularly observe the performances of the Separate Combined Arms Army and the Naval Force of the Azerbaijan Armed Forces at the military rehearsal. He is also scheduled to tour the exhibition organized by the National Defense Industry Ministry of Türkiye.

In addition to Hasanov, defense ministers, chiefs of staff and armed forces commanders from more than 20 countries are expected to watch the exercises. As part of a generic scenario, operations involving artillery fire are carried out and targets are hit with ground fire support vehicles, warplanes and attack helicopters.

The Efes-2022 exercises are one of the largest military drills of the Turkish Armed Forces. This year’s edition of the drills is also the largest joint exercises of its kind in the region, involving over 1,000 servicemen from 37 countries and more than 10,000 from Türkiye. In 2016 and 2018 there were 8 and 20 countries attending the drills, respectively.

The exercises involve an Italian frigate, a gunboat belonging to the Libyan Navy, as well as a landing ships of various countries and Ch-53 helicopters, howitzers, and armored vehicles of the United States Army.

On May 23, the servicemen, including the personnel from Azerbaijan, carried out practical shooting from pistols, small arms and machine guns as part of the exercises. The tasks of providing first aid to a wounded serviceman, safe evacuation, and conducting search-and-rescue operations were also accomplished.

Military exercises on May 26 included clearing the coastline of underwater mines, launching an air assault, attacking a military facility on the coast and neutralizing terrorists. The tasks of detecting and neutralizing an explosive device planted in a car by an imaginary terrorist detachment and inflicting airstrikes by helicopters on the imaginary enemy’s facilities were carried out on June 2.