Azerbaijan’s 2nd Satellite Will Go Into Orbit Later Than Expected 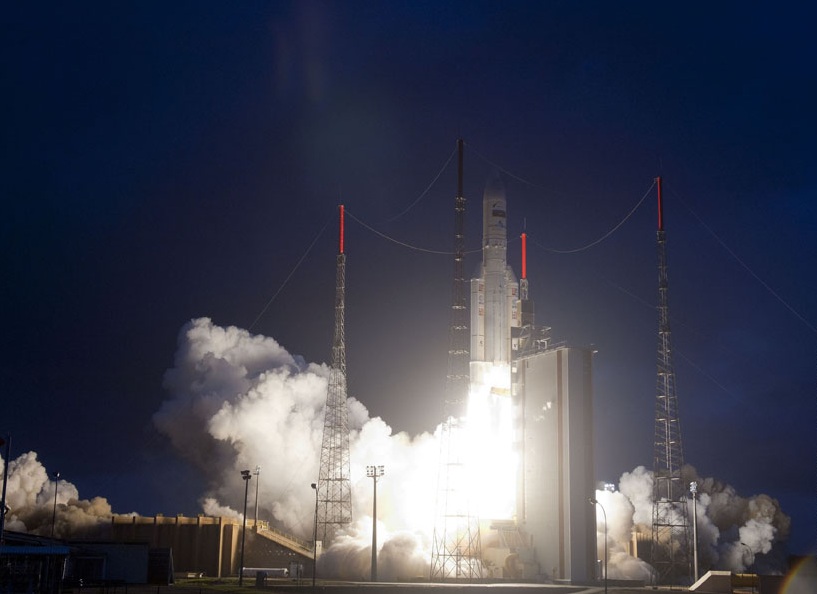 The date for deploying Azerbaijan’s second geostationary communications satellite, known as Azerspace-2/Intelsat-38, into Earth’s orbit has been pushed back by 11 days, to September 18.

“Arianespace is scheduled to launch an Ariane 5 ECA rocket as part of the Azerspace-2/Intelsat-38 & Horizons 3e mission,” Space Launch Schedule has reported. “The launch window for the Communications mission is on Tuesday September 18th 2018 [at] 5:56 PM from Ariane Launch Area 3, Kourou. The status of the launch is GREEN,” a statement read, referencing the time the launch will take place according to Eastern Standard Time. The launch will occur at 1:56 p.m. Baku time.

Arianespace space transportation company is responsible for launching the satellite into space. Last week it had announced, and Caspian News reported, that the satellite will be launched from the Kourou cosmodrome at Guiana Space Center, in French Guiana, on September 7. Arianespace has not disclosed the reasons for the delay.

Azerbaijan already has one geostationary communications satellite in space, called Azerspace-1/Africasat-1a. Orbital Sciences Corporation, a Virginia-based technology company that is specialized in satellite and space-launch systems, was responsible for the design and construction. Azerbaijan, as well as 50 other countries throughout Central Asia, Europe, Africa and the Middle East, are provided with a wide range of communications services by Azerspace-1.