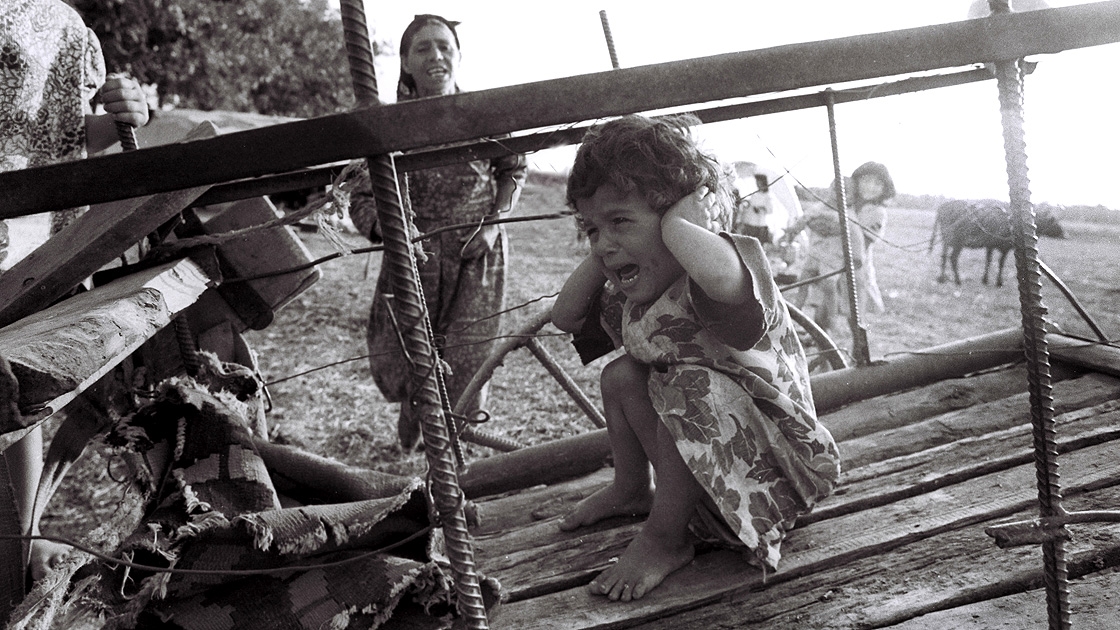 On February 26, 1992, Armenia’s forces assaulted the town of Khojaly, located in the Karabakh region of Azerbaijan, and killed 613 ethnic Azerbaijanis, including 106 women, 63 children, and 70 elderly people; and took another 1,275 as hostages. Another 150 Azerbaijani nationals went missing, and their fates remain unknown to this day. Those suffering major injuries or having been maimed totaled 487, including 76 children. / Courtesy

Today, Azerbaijanis throughout the world pay homage to victims of the Khojaly genocide, the bloodiest chapter of Armenian terror against Azerbaijanis in recent history.

Azerbaijan’s capital of Baku has become an epicenter of remembrance events, with hundreds of people marching across central streets and gathering at a bronze sculpture that depicts a woman with a dead child in her arms – symbolizing the fate of unarmed civilians that were brutally killed at cold winter night from February 25 to 26 in 1992.

The massacre in Khojaly has been committed within a broader military campaign by Armenia to seize the Nagorno-Karabakh (Daghlig Garabagh) region, which is an internationally recognized part of Azerbaijan.

The Armenia-Azerbaijan Nagorno-Karabakh conflict emerged with the anti-Azerbaijan sentiments in Armenia and later grew into armed intervention in Azerbaijan’s internationally recognized territories. A four-year bloody war between the two neighboring countries ended with a ceasefire in 1994 and saw Armenia occupying 20 percent of Azerbaijan’s sovereign territory, including the entire Nagorno-Karabakh region and seven surrounding districts. Over 30,000 Azerbaijanis were killed and one million were expelled from those lands in a brutal ethnic cleansing policy conducted by Armenia.

The Khojaly genocide is considered one of the bloodiest massacres committed by Armenia against ethnic Azerbaijanis. Late into the night on February 25, Armenia’s forces, backed by the Infantry Guard Regiment No. 366 from a then-collapsed Soviet army, assaulted the town of Khojaly, located in the Nagorno-Karabakh region of Azerbaijan. As a result of the attack, the Armenian armed forces killed 613 ethnic Azerbaijanis, including 106 women, 63 children, and 70 elderly people; and took another 1,275 as hostages. Another 150 Azerbaijani nationals went missing, and their fates remain unknown to this day. Those suffering major injuries or having been maimed totaled 487, including 76 children.

Khojaly residents trying to escape the military invasion were ambushed by Armenian patrols and immediately killed, tortured, or tied and abandoned to death in the middle of frosty fields. 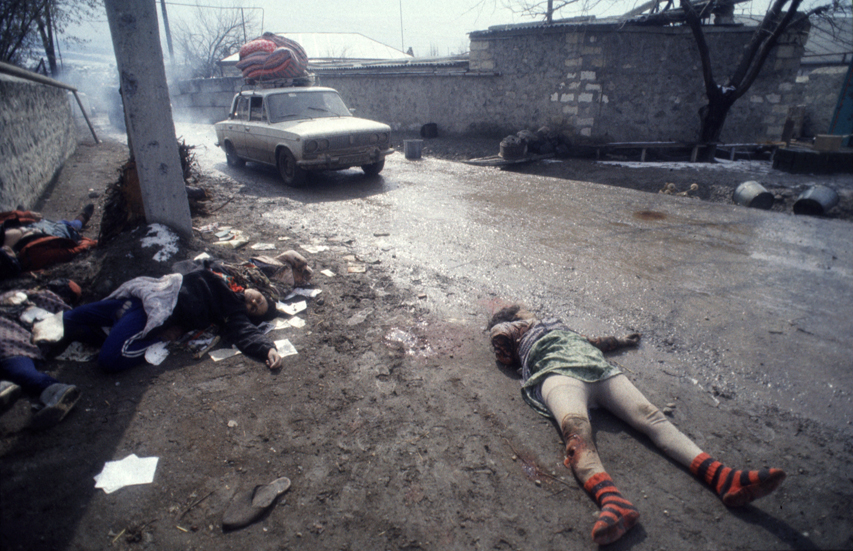 Khojaly residents trying to escape the military invasion were ambushed by Armenian patrols and immediately killed, tortured or tied and abandoned to death in the middle of frosty fields. / Victoria Ivleva

Garyaghdi Guliyev, a survivor of the genocide in Khojaly, has lost four members of his family while being on a run with hundreds of people aiming to escape from a sudden, but well-organized Armenian assault on the Azerbaijani city.

“Corpses insulted by Armenian executioners … It is very hard to remember those days. People were decapitated, women’s breasts were cut off, and infants were killed in inhuman ways. That night, four members of my family - two daughters, a son, and a brother — were martyred,” Guliyev said in an interview.

Armenian militants took the entire family of Khazengul Amirova hostage during the attack on Khojaly. Her mother, 7-year-old sister, and aunt were shot dead, while her father was soaked with gasoline and burnt alive in front of Khazengul.

Thomas de Waal, a Senior Fellow at Carnegie Europe, included an interview with Armenia’s former President Serzh Sargsyan, who commanded Armenian separatist forces during the Karabakh war in 1990s, in his book titled “Black Garden.” De Waal noted that while answering a question about the Khojaly events Sargsyan did not deny Armenian forces’ killing Azerbaijani civilians.

“Before Khojali, the Azerbaijanis thought that they were joking with us, they thought that the Armenians were people who could not raise their hand against the civilian population. We were able to break that [stereotype]. And that’s what happened,” Sargsyan told De Waal.

De Waal notes in his book that Sargsyan’s words are, “suggesting that the killings may, at least in part, have been a deliberate act of mass killing as intimidation.”

Rory Patricks, a British journalist for Front Line News media outlet, was one of numerous media representatives that flew to Khojaly to investigate the mass killing of ethnic Azerbaijanis. The reporter has then portrayed the scenery in the captured city, saying the atrocity in Khojaly cannot be justified by anything in the eyes of the world community.

“... where the journalists were hardly transferred by helicopter, I saw dozens of disfigured corpses. They were not defenders of Khojaly, but civilians of this Azerbaijani city - children, women, and old people shot at point-blank by the murderers, who tried to break into Aghdam through the massive fire of the Armenian armed formations," Vishka newspaper quoted Patricks as saying in March 1992.

Sixteen countries from around the world including the Czech Republic, Romania, Slovenia, Bosnia and Herzegovina, Mexico, Colombia, Peru, Panama, Pakistan, Jordan, Indonesia, the Scottish parliament in the UK, the 57-country Organization of Islamic Cooperation, as well as 24 state governments in the United States, have officially recognized the events in Khojaly as genocide of Azerbaijanis.

In 2020, Azerbaijani army liberated over 300 settlements, including nine villages of the Khojaly district during the 44-day-long counter-attack operations in the Karabakh region. The war ended in a tripartite ceasefire statement signed by Armenia, Azerbaijan, and Russia on November 10. Armenia returned the occupied Aghdam, Kalbajar, and Lachin districts to Azerbaijan as part of the agreement. A major part of the Khojaly district is currently controlled by the Russian peacekeepers deployed as part of the ceasefire statement. The peacekeeping contingent will remain in the region for five years, according to the signed document.