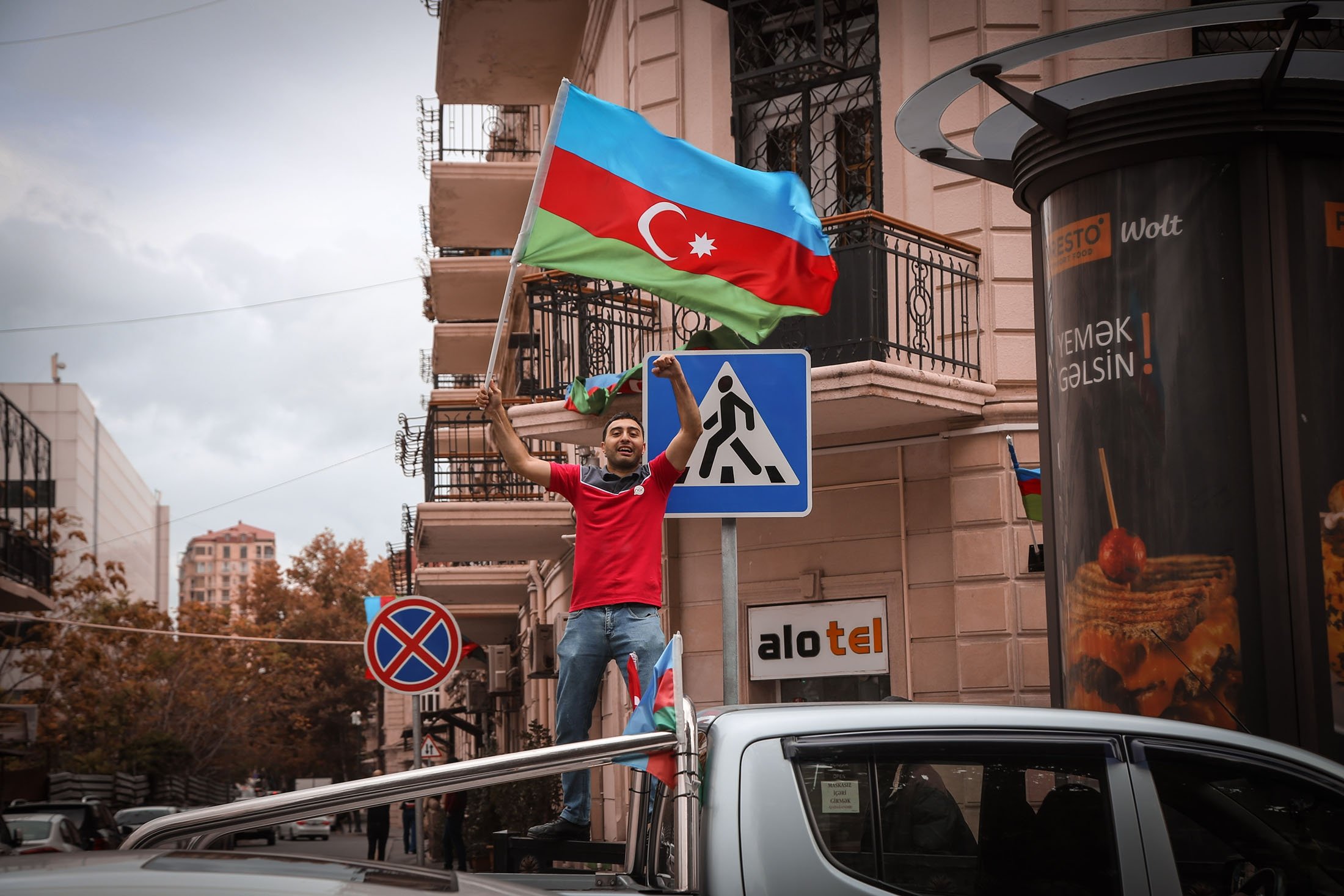 Around 50 million Azerbaijanis living in dozens of countries on five continents from America to Australia are celebrating the Solidarity Day of World Azerbaijanis on December 31, a day that is recognized as the symbol of the nation’s solidarity.

The worldwide solidarity celebration of Azerbaijanis stems from the events that took place in 1989, when Azerbaijanis living in what was then the Soviet Union of fifteen republics, and Iran united with their relatives despite all hindrances and prohibitions. Hundreds of Azerbaijanis flocked from Nakhchivan, an exclave of Azerbaijan on the country’s southwest corner, to the border with Iran and dismantled the security wires for putting an end to years of separation.

Azerbaijan’s former President Heydar Aliyev signed a decree in 1993 to officially mark December 31 as the Solidarity Day of World Azerbaijanis.

Around a half million Azerbaijanis live in Georgia, and almost the same number of Azerbaijanis reside in the United States, according to the government data. Germany, the United Kingdom, Ukraine, Canada, Israel, France, Sweden, the Netherlands, Hungary, Kazakhstan, Uzbekistan, Turkmenistan, Iraq, Syria, China, Japan, and Australia are home to more than two million Azerbaijanis overall.

This year's solidarity day celebrations come on the heels of Azerbaijan's victory in a 44-day-long war with Armenia in the Karabakh region, an internationally recognized territory of Azerbaijan which was occupied by Armenia in the first Karabakh war in 1991-1994. The conflict in the region spiraled on September 27 after Armenia's forces deployed in the occupied Azerbaijani lands shelled military positions and civilian settlements of Azerbaijan. The non-stop artillery fire was met with counter-offensive campaign by Azerbaijani forces, codenamed "Iron Fist". Deployment of both military equipment and personnel to the battlefield by both sides fanned the clashes into the largest military operations in Azerbaijan's Karabakh region since the ceasefire in 1994.

Over the six weeks of operations, the Azerbaijani army managed to liberate over 300 settlements, including five major cities in the Karabakh region from Armenia's occupation. The liberation of Shusha, the key city in the Nagorno-Karabakh (Daghlig Garabagh) region of Azerbaijan, forced Armenia to retreat and sign a ceasefire pact, which is often referred to as Armenia's capitulation. The ceasefire statement was signed by Azerbaijan, Armenia, and Russia on November 9. The agreement reaffirmed Azerbaijan's territorial regains in the war and obliged Armenia to return three occupied districts to Azerbaijan. As part of the agreement, Armenia returned the occupied parts of the Aghdam district to Azerbaijan on November 20, as well as the occupied districts of Kalbajar and Lachin on November 25 and December 1, respectively.

"I once again express my deep gratitude to all the personnel of our victorious army, who gave our people a sense of national pride and joy, the joy of victory by raising our tricolor flag in our liberated lands, in the holy city of Shusha, the crown of Karabakh. I bow my head to the immortal souls of our martyrs and ask God to have mercy on them, and wish our wounded servicemen a speedy recovery," President Ilham Aliyev said in an address to Azerbaijanis around the world on December 29.

"The courageous protests of our compatriots living abroad against the insidious provocations of the enemy and anti-Azerbaijani circles during the Patriotic War, their selfless service in conveying the truth about Azerbaijan to the world community have made a sizable contribution to our victory," the president said.