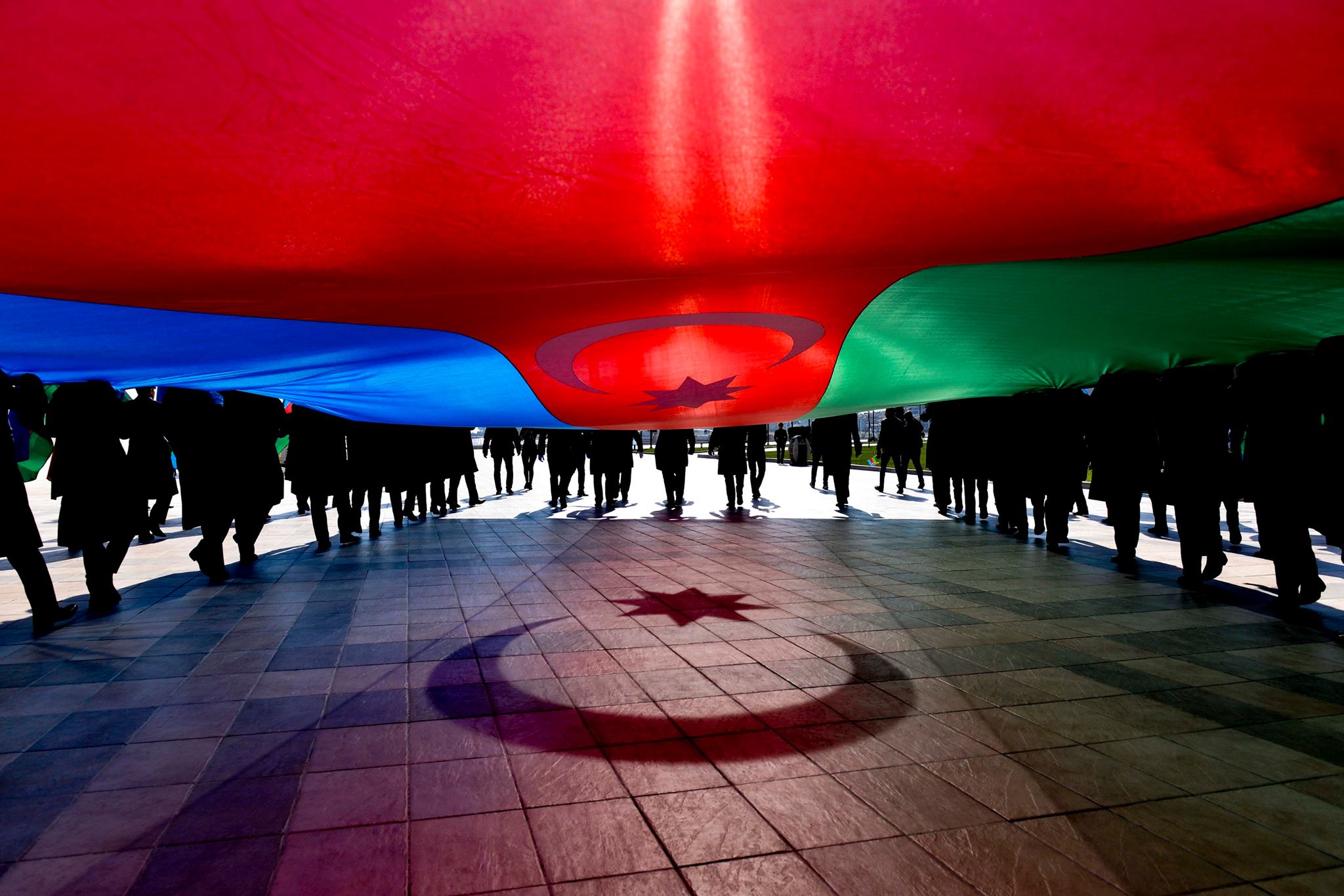 The Azerbaijan Democratic Republic had a population of about 4.6 million and a territory of 114,000 square kilometers (44,000 square miles). Centered on a secular, parliamentary rule that was based on universal, free and proportionate representation, the ADR established the traditions of a parliamentary republic amongst the Muslim and Turkic nations.

Azerbaijanis across the world, from the Americas to Australia, are celebrating the 101st anniversary of the Azerbaijan Democratic Republic (ADR) – a country founded over a century ago and recognized as the first secular parliamentary democracy in the Muslim world.

Today marks Republic Day, a national holiday in Azerbaijan located in the South Caucasus just south of Russia and north of Iran, held every May 28. On this day, Azerbaijanis remember the events of 1918, when the Azerbaijani faction of what was then the Transcaucasian Democratic Federative Republic constituted itself into the National Council, which proclaimed the founding of the Azerbaijani Democratic Republic.

The Azerbaijan Democratic Republic had a population of about 4.6 million and a territory of 114,000 square kilometers (44,000 square miles). Centered on a secular, parliamentary rule that was based on universal, free and proportionate representation, the ADR established the traditions of a parliamentary republic amongst the Muslim and Turkic nations. Fatali Khan Khoyski, an attorney and former member of the Second State Duma of the Russian Empire, became its first prime minister.

The state granted suffrage to women, making Azerbaijan one of the first countries in the world – and the first Muslim majority nation – to grant females political rights equal to those of men. By comparison, women in the United States were not granted the right to vote until 1920, following the passage of the 19th amendment to the country’s constitution.

In June of 1918, the ADR government raised the national flag, established the national army and announced the Azerbaijani Turkic language as the official state language of the newborn republic. Baku State University was established, becoming a large education and scientific center that formed the first European style school in the entire Muslim East.

The national flag was first designed depicting a white crescent and a white eight-pointed star on a red background. By November, the government changed it to the modern-day tricolor: blue, red and green bands with a white star and crescent. The flag symbolizes the Turkic origin of Azerbaijanis (blue), progress and modernity (red) and Islamic belief in the Caspian country (green).

The first country ADR established diplomatic relations with was the Ottoman Empire. In 1919, European countries and the United States recognized the ADR after Alimardan bey Topchubashov, who headed parliament, met U.S. President Woodrow Wilson at the Paris Peace Conference.

“There [the Paris Peace Conference] came in a very distinguished group of gentlemen from Azerbaijan,” Wilson wrote later recalling the meeting. “I was talking to men who talked the same language that I did in respect to ideals, in respect to conception of liberty, in conceptions of rights and justice.”

The ADR was unique and ahead of its time, but unfortunately short-lived. On April 1, 1920, the Fifth Cabinet of Ministers of the ADR resigned due to a major political crisis. At the same time, the Soviet Russian Red Army had reached the country’s borders and prepared to attack. Bolshevik forces took over on April 28, 1920, declaring Azerbaijan as the Soviet Socialist Republic.

Meanwhile, the Red Army met resistance from Azerbaijani forces based in Ganja, located in the interior part of Azerbaijan, but they were crushed by May 31.

“The Azeris [Azerbaijanis] did not surrender their brief independence of 1918-20 quickly or easily. As many as 20,000 died resisting what was effectively a Russian reconquest,” Hugh Pope, who leads communications and outreach at International Crisis Group, wrote in his book “Sons of the Conquerors.”

Leaders of the ADR either left for the neighboring Democratic Republic of Georgia, Turkey or Iran, or were captured by the Bolsheviks and executed.

The ADR lasted a brief 23 months, but its accomplishments were historic. The modern-day Republic of Azerbaijan is considered the successor to the ADR, despite nearly 70 years of interruption by Soviet rule that has separated the two across time.

“When independence was declared in 1991 in Azerbaijan, it was recorded that the independence lost in 1920 was restored. Today, I am proud to say that we are loyal and worthy successors of the Azerbaijan Democratic Republic,” said Heydar Aliyev, Azerbaijan’s former president, while addressing a ceremony dedicated to the 80th anniversary of the ADR.