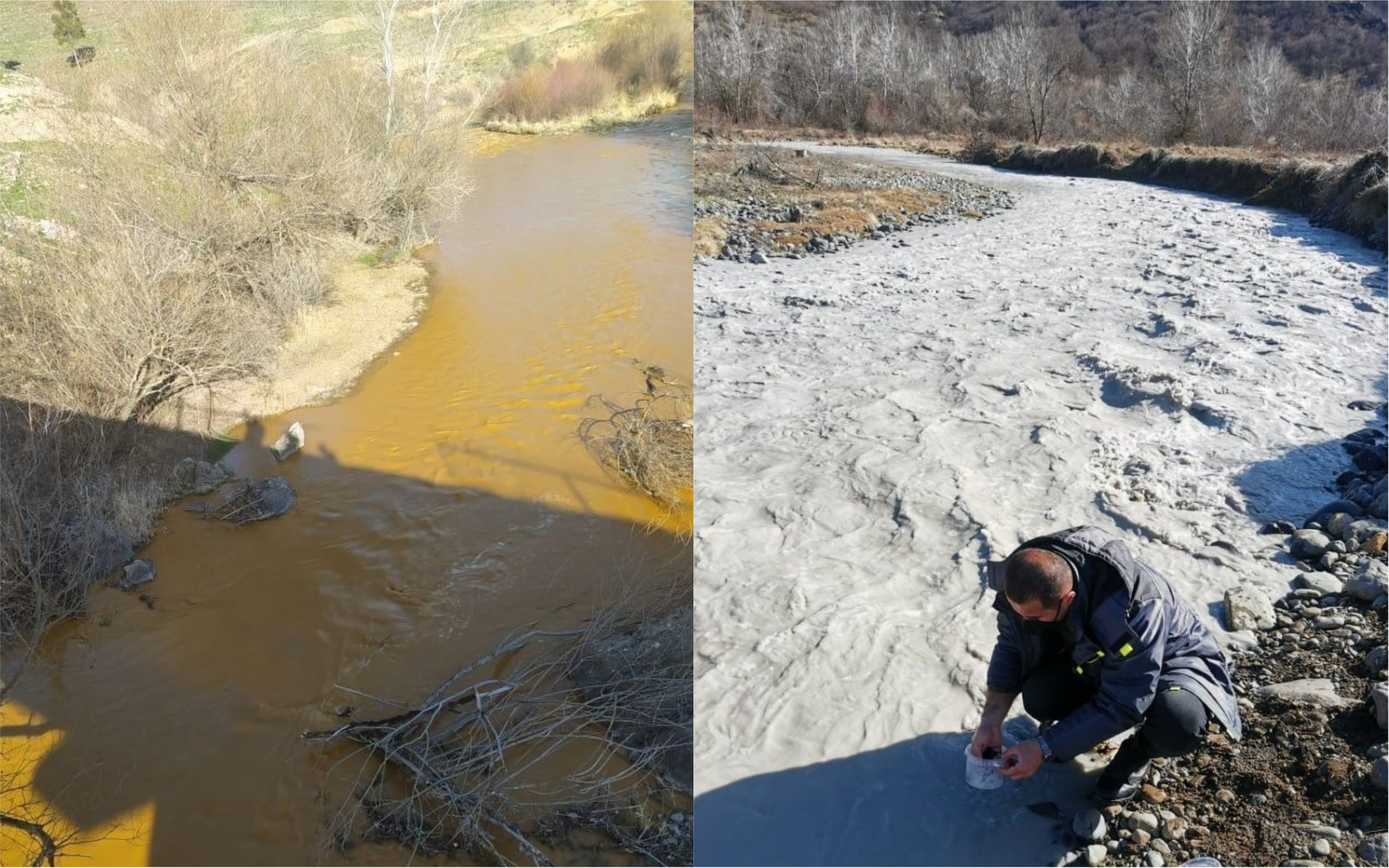 Azerbaijan's Okhchu River has become the target of ecological terror in the form of heavy contamination and waste coming from the chemical plants in Armenia.

The pollution of the river reached catastrophic levels killing flora and fauna, as well as jeopardizing its future existence, according to data compiled by Azerbaijan’s Ecology and Natural Resources Ministry.

“Two big mineral processing plants in Armenia are located at the Okhchu River’s basin. These are the Gajaran-Zangazur copper-molybdenum plant and Gafan iron ore processing factory. The water contaminated with heavy metals during the production processes in these plants is poured into the Okhchu River without filtration, causing serious ecological disasters along the river’s basin,” Azerbaijan's Deputy Ecology and Natural Resources Minister, Vugar Karimov said.

Okhchu is the left branch of Azerbaijan’s second-largest Araz river on the Azerbaijan-Iran state border. The Okhchu River measures 85 kilometers in length and passes through the Gafan district of Armenia and Azerbaijan’s Zangilan district. It begins at 3,285 meters above sea level on the Gapijig mountain – the highest point of the Zangazur ridge, forming the border between Azerbaijan and Armenia.

The Okhchu River is one of eleven rivers located in the liberated Karabakh (Garabagh) region of Azerbaijan, which is home to more than 30 percent of the country’s overall water reserves. During the nearly 30-year illegal Armenian occupation of the Karabakh region, environmental crimes, including deforestation, illicit trafficking of natural resources, and contamination of water reserves became common.

Azerbaijani authorities are convinced that Armenians have been polluting the rivers deliberately in order to cause agricultural, environmental, and humanitarian disasters in Azerbaijan. The Okhchu River is said to be used as a “collector” by Armenian producers for sending away the industrial wastes from the country’s territory.

“Water has been called “mining’s most common casualty”. Okhchu river which flows from Armenia to Azerbaijan is unfolding environmental catastrophy. Heavy chemical contamination as a result of Armenia's mining industry. Responsible companies must stop their activities,” Hikmet Hajiyev, Assistant to the President of Azerbaijan, Head of Foreign Policy Affairs Department of the Presidential Administration wrote on his Twitter page.

Germany’s CRONIMET Mining AG company is said to control 60 percent of shares at Armenia’s Zangazur copper-molybdenum plant, which is located at the basin of the Okhchu River. The minerals extracted from the country’s largest Gajaran deposit are processed at this plant. The daily processing capacity of the factory is 24,000 tons of minerals. CRONIMENT entered the Armenian market in 1996, while acquired the stakes at the Zangazur copper-molybdenum plant in 2006. The company’s managing director Gunter Pilarsky is said to have close relations with the Armenian authorities. He has reportedly been appointed in 2006 the honorary consul of Armenia in the German state of Baden-Württemberg for his “contributions to the development of economic friendship between two countries.”

Meanwhile, analysis of the samples taken from the Okhchu River by the specialists of Azerbaijan’s Ecology and Natural Resources Ministry revealed a big number of life-threatening elements in the water. The river is rich in heavy metals such as copper, molybdenum, manganese, iron, zinc and chromium. The amount of nickel in the river is 7 times, iron 4 times, and copper-molybdenum 2 times higher than normal, according to the examination results. In March, mass extinction of trout was seen in the Okhchu River’s basin.

The examination of water content in the Karabakh region came on the heels of the liberation of the Azerbaijani territories from Armenia’s decades-long illegal occupation.

Azerbaijani forces ousted Armenia’s military from over 300 settlements in the Karabakh region, including the cities of Jabrayil, Fuzuli, Zangilan, Gubadli, and Shusha, in a counter-attack operation that was carried out between September 27 and November 9, 2020. The war ended in a trilateral statement signed on November 10 by Armenia, Azerbaijan and Russia. Under the statement, Armenia also returned the occupied Aghdam, Kalbajar, and Lachin districts to Azerbaijan by December 1.