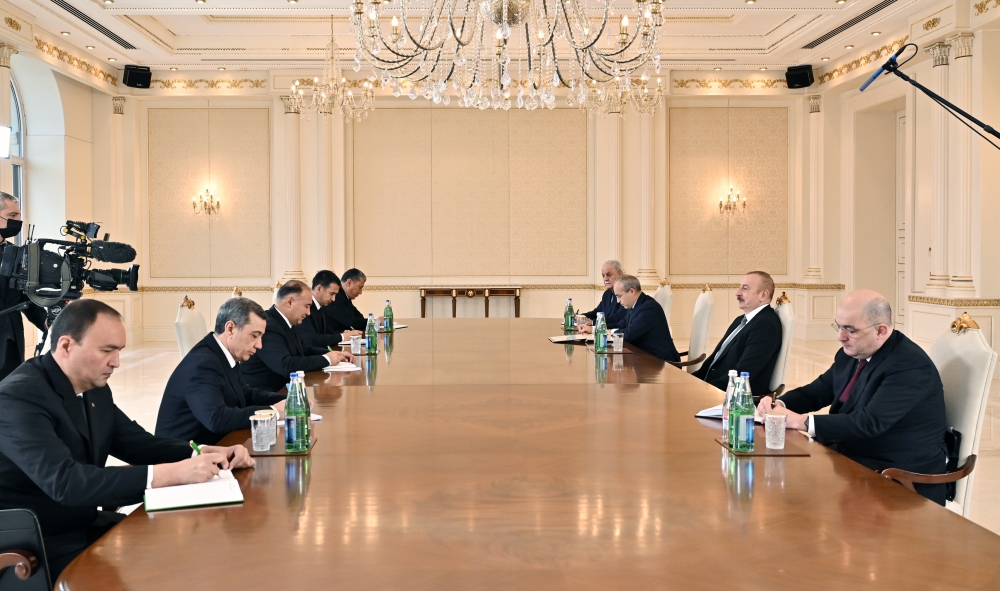 The two sides highlighted the importance of developing Azerbaijan-Turkmenistan relations and pointed out the issues to be discussed at a meeting of the Joint Intergovernmental Commission on economic and humanitarian cooperation between the two countries scheduled to be held in Baku on November 29, according to the state-run Azertag news agency.

They also exchanged views on energy, transport, logistics and mutual supply of goods, and discussed opportunities for cooperation in shipbuilding, ship repair and other industrial sectors.

During the conversation, they noted that the trade turnover between Azerbaijan and Turkmenistan has increased, and stressed the importance of implementing joint projects to further increase this turnover in the coming period.

Currently, the European Union intends to expand cooperation with oil and gas-producing countries, especially Azerbaijan, Kazakhstan and Turkmenistan, to supply energy resources to the EU.

Turkmen Deputy Prime Minister Shakhym Abdrakhmanov said on November 1 that his country will not give up a project to build a TransCaspian pipeline bypassing Russia to supply its gas to Europe.

According to some proposals, the pipeline project provides for the supply of up to 30 billion cubic meters of Turkmen gas through Azerbaijan, Georgia and Türkiye to the European market annually for at least 30 years.

In early June, Iran and Azerbaijan signed an agreement to double the volume of a gas swap between the latter and Turkmenistan. According to the gas swap agreement signed between the three countries on November 28, 2021, Iran annually delivers 1.5 to 2 billion cubic meters (bcm) of Turkmen gas to Azerbaijan. From January 3, 2022, supplies of 5-6 million cubic meters (mcm) of gas per day began as part of the deal. Iran receives Turkmen gas in the east of the country and further delivers an equivalent amount to Azerbaijan.

In July 2021, Azerbaijani and Turkmen ministers agreed to further cooperate on the Dostlug (“Friendship” in Turkic) offshore oil and gas field in the Caspian Sea.

The joint development of the Dostlug offshore oil and gas field by Turkmenistan and Azerbaijan will make it possible to export gas to European countries if the Trans-Caspian underwater gas pipeline is realized. In this case, the pipeline could be connected to the Southern Gas Corridor that links Azerbaijan with the EU countries through Georgia and Türkiye.