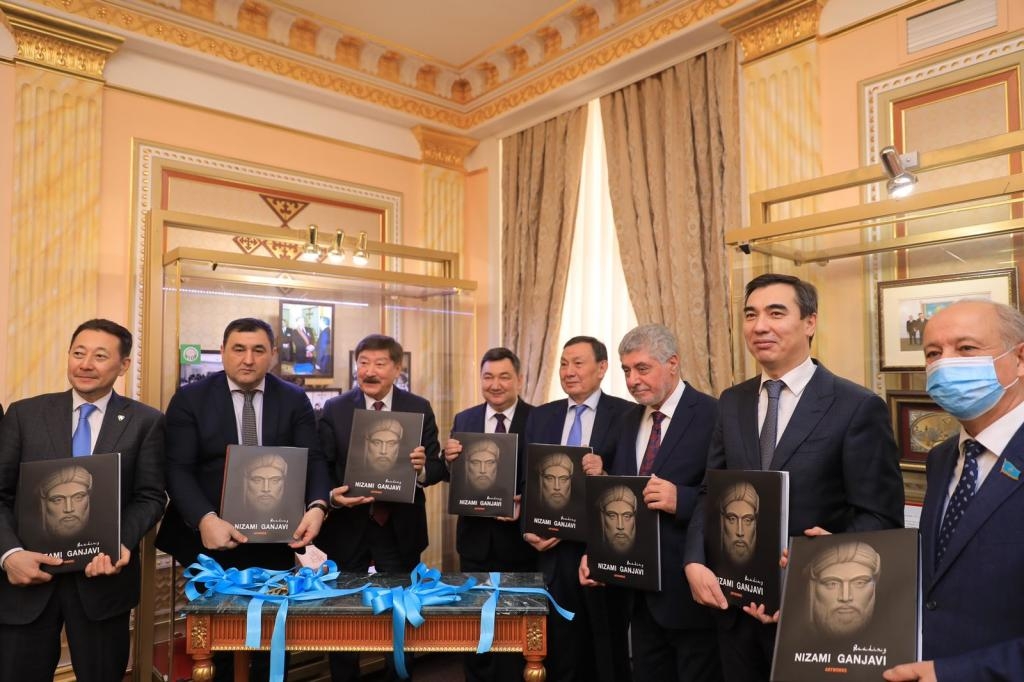 World-famous Azerbaijani poet and thinker Nizami Ganjavi has been honored in a ceremony co-organized by the International Organization of Turkic Culture (TURKSOY) and the Library of Kazakhstan’s First President.

The event, which commemorated the 880th anniversary of Nizami’s birth, took place in Nur-Sultan and featured the introduction of the “Reading Nizami Ganjavi” arts album and an exhibition dedicated to the poet. The album includes reproductions of more than 100 paintings inspired by Nizami’s works and some quotations from his poems.

“Each painting in this art album has its own story. The album was released in English so that more people around the world can read it,” TURKSOY Secretary General Dusen Kaisenov said on December 14.

“TURKSOY tirelessly pursues its goal to promote the outstanding personalities of the Turkic World and the unique legacy they left behind,” he added.

Meanwhile, the Azerbaijani poet was also honored in Pakistan’s capital city of Islamabad earlier this month as part of the seminar titled “Nizami Ganjavi: A Revolutionary, Visionary Poet and Philosopher.” The event was co-organized by the Pakistan-based Center for Eurasia and Central Asia Studies-Institute of Peace and Diplomatic Studies and Riphah Institute of Public Policy, Riphah International University. Azerbaijan’s ambassador to Islamabad, scholars from both countries, students, and media representatives attended the seminar.

Legendary Azerbaijani poet Nizami Ganjavi, whose real name was Abu Muhammad Ilyas ibn-Yusuf, was born in 1141 and spent his whole life in Ganja, which was once the capital of the Azerbaijani Atabeys state.

Nizami is known worldwide for his immortal work Khamsa (“Quintet” in Arabic), consisting of five poems, including the Treasury of Mysteries, Khosrov and Shirin, Seven Beauties, Leyli and Majnun, and the Iskendername, which tells various legends and stories about Alexander the Great.

Nizami’s poetry inspired many in Azerbaijan and some Central Asian and Western countries to create various artworks, operas, poems, and even songs.

Azerbaijani poet Samad Vurgun wrote the drama Farhad and Shirin based on Khosrov and Shirin, while composer Gara Garaev created ballet Seven Beauties and a symphonic poem Leyli and Majnun based on the motives of Nizami’s poetry. In 1982, a movie titled “Nizami” was released, which cast the famous Azerbaijani singer Muslim Magomayev, who played the leading role.

Nizami’s works have also influenced some notable Western authors. French orientalist scholar Bartelemi D’erblo admitted that several adventures reflected in the works of French literature had been taken from Nizami’s Seven Beauties and Khosrov and Shirin poems. Leyli and Majnun – an immortal love story that has been compared with Shakespeare’s Romeo and Juliet – inspired famous singer Eric Clapton to create his hit single, “Layla.”

The Azerbaijani poet delved into knowledge and poetry, simultaneously intertwining these in his works. Humanity stands at the core of Nizami’s poetry as the poet devoted himself to a sacred mission of opening every single aspect of life, universe, and humanity to the people. And, thanks to his ever-living ideas that still provide guidance for the present and future, Nizami has been referred to as a modern-day literature giant.

Meanwhile, commemoration of Nizami and his immortal heritage is part of the series of events held throughout the year after Azerbaijan’s President Ilham Aliyev declared 2021 the “Year of Nizami.”

Earlier this year, Baku welcomed the Azerbaijan Investment and Culture Summit – an event dedicated to the 880th anniversary of Nizami’s birth and organized by Azerbaijan’s Small and Medium Business Development Agency in cooperation with the Youth Forum of the Organization of Islamic Cooperation. The summit sponsored by NEQSOL Holding, Kapital Bank, and Turkish Airlines brought together businessmen, investors, start-ups, as well as government officials, representatives of international organizations and diplomatic corps from more than 20 countries. 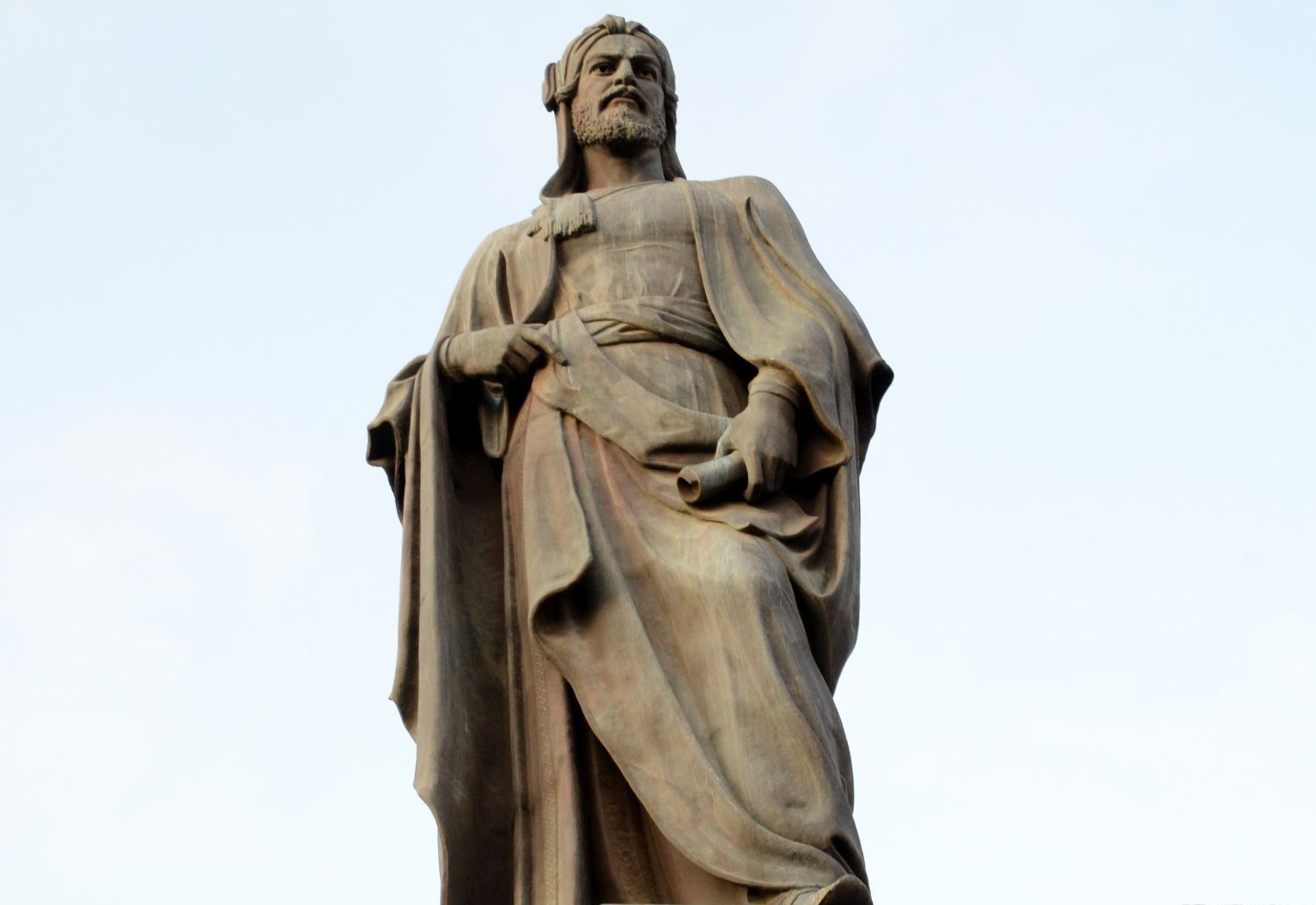