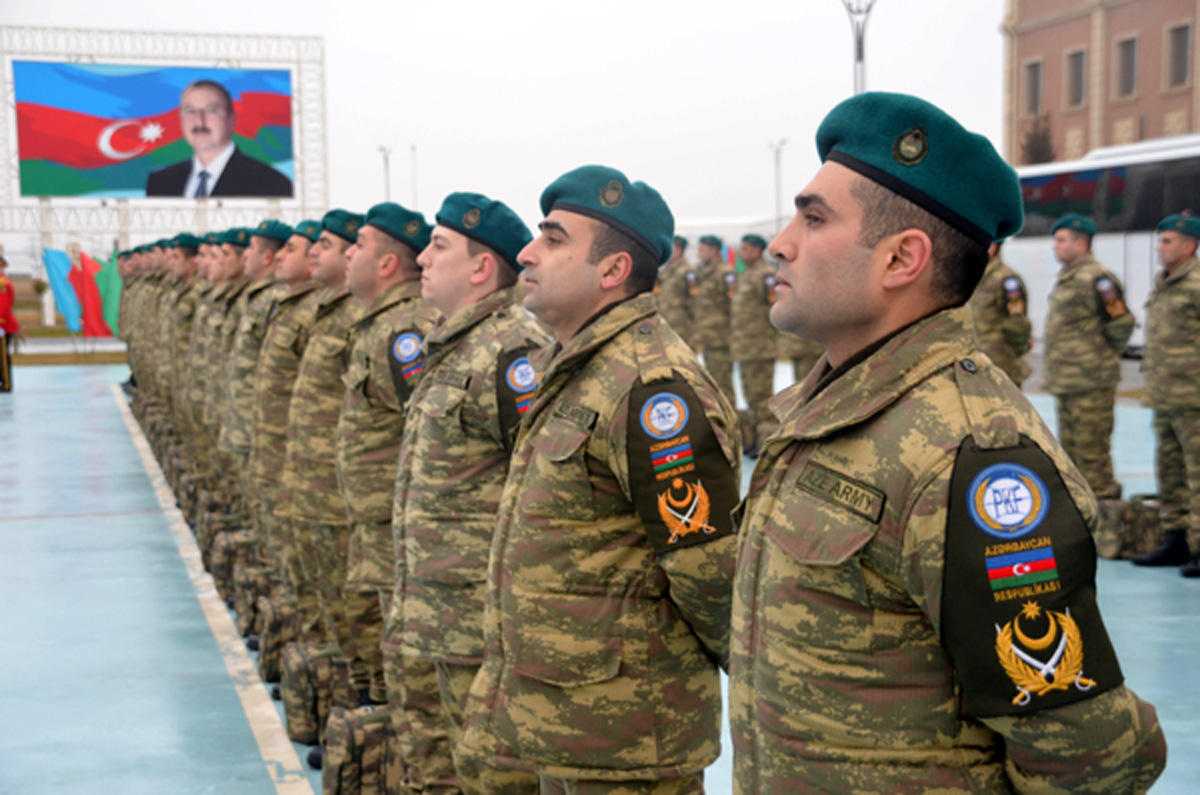 A peacekeeping contingent from Azerbaijan continues its mission at the Kabul International Airport despite the Taliban’s announcement of taking full control of Afghanistan.

“Despite tense situation in the region, the 120-man peacekeeping unit of the Azerbaijan Army together with the Turkish troops continues to carry out its duties to ensure the security of the airport,” Azerbaijan’s Defense Ministry said in statement issued on Monday.

“We are in constant contact with our peacekeepers, and the moral and psychological condition of the military personnel is at a high level. The operational situation is being closely monitored in coordination with fraternal Turkey,” reads the other statement.

In 2015, Azerbaijani peacekeepers joined Resolute Support – the NATO-led train, advise and assist mission in Afghanistan, which followed ISAF. As of May 2021, 120 Azerbaijani peacekeepers served there, including two medical officers, six staff officers, and soldiers. In addition to ground support, Azerbaijan has been helping transport goods to allied forces, making military logistics easier and faster. Around 40 percent of cargo destined for NATO troops in Afghanistan passes through Azerbaijan.

The Taliban captured Afghanistan’s capital on Sunday to retake power 20 years after being ousted by US-led forces.

The militant group first rose to power in Afghanistan in 1996 and ruled most of the country until October 2001. In April 2021, US officials said President Biden would withdraw all American troops from Afghanistan through September 11, 2021. Simultaneously with the withdrawal of the US servicemen, the Taliban launched a massive offensive recapturing swaths of land, including major cities and provinces.

The fall of Kabul on August 15 has become the last phase of the Taliban’s return to power. Militants entered the presidential palace in the capital city to finalize what was said to be the peaceful transition of power. Afghan President Ashraf Ghani left the country to avoid “bloodshed.”

Taliban forces are now controlling all ground-based border crossings. Foreign diplomats and citizens of some countries have been leaving Afghanistan via the Kabul airport.