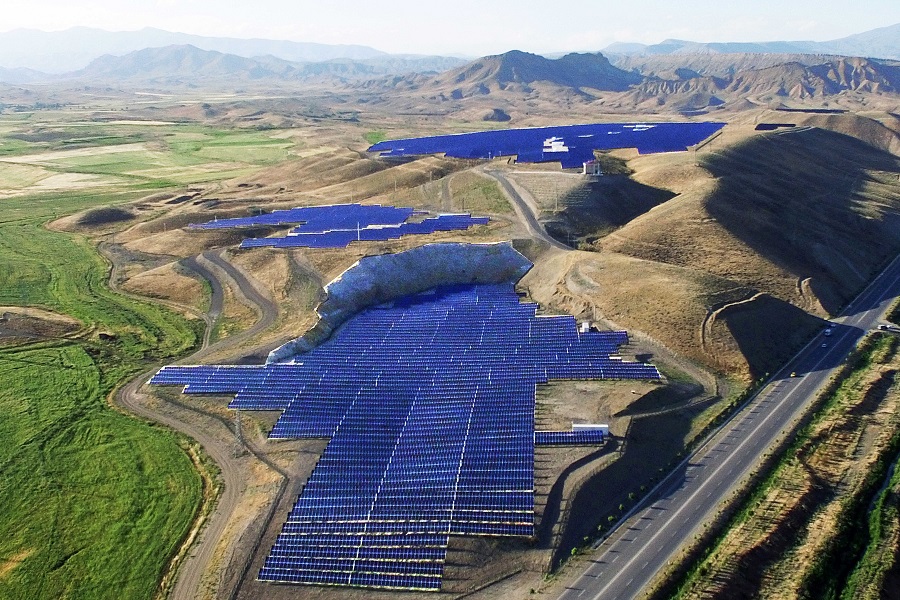 Azerbaijan’s reputation in the global energy market rests mainly on vast oil and gas reserves underneath the Caspian Sea, yet officials in Baku are looking to expand the country’s energy potential through renewable sources.

“We are realizing lots of projects to avoid depleting the drinkable water supplies,” Ali Ahmadov, chairman of the National Coordination Council of Azerbaijan on Sustainable Development, said in a meeting with the World Meteorological Organization’s Secretary-General Petteri Taalas in Baku, according to Trend news agency.

“In solving this issue, the support of the World Meteorological Organization is important.”

Azerbaijan has conditions ripe for building alternative, or renewable, forms of energy, including infrastructure necessary for extracting and exploiting renewable energy supplies, such as hydro, solar, wind, biomass and geothermal.

Hydropower is considered the most developed alternative energy sector in the country today. Twelve big and seven small hydroelectric plants, with a total generation of nearly 1.16 billion watts of electricity, are currently in operation in Azerbaijan, having generated around one fifth of the country’s overall 6.2 billion watts in 2017.

Wind in Azerbaijan blows more than 250 days out of 365 days per year and is able to generate over 2.4 billion kilowatts per hour (kWh) of electricity per year, according to some estimates, while sunshine is observed for around 2,400 to 3,200 hours per year.

Japanese Tomen Power Corporation installed two wind turbines in the Absheron peninsula, in the outskirts of the capital Baku, in 1999. The State Agency on Alternative and Renewable Energy Sources (AARES) of Azerbaijan, an organization that deals with the exploration and development of renewable energy supplies, has installed more wind turbines in northeastern Khizi region in 2015.

Two photovoltaic power stations, also known as solar parks, are currently in operation in Nakhchivan and the Absheron peninsula. The agency has drafted transition projects to build seven more solar parks across Azerbaijan in the coming years. The largest wind power station in the post-Soviet area, which costs $294 million, will be put online in Azerbaijan sometimes in 2018, according to the agency.

Officials in Azerbaijan are looking to increase the share of renewable energy supplies to 2.5 billion watts by 2020, with wind energy alone producing 800 million watts, solar 950 million watts, bio-gas 125 million, and geothermal at 150 million watts. The total amount of money needed for projects investment ranges between $2.5 and $3.5 billion.