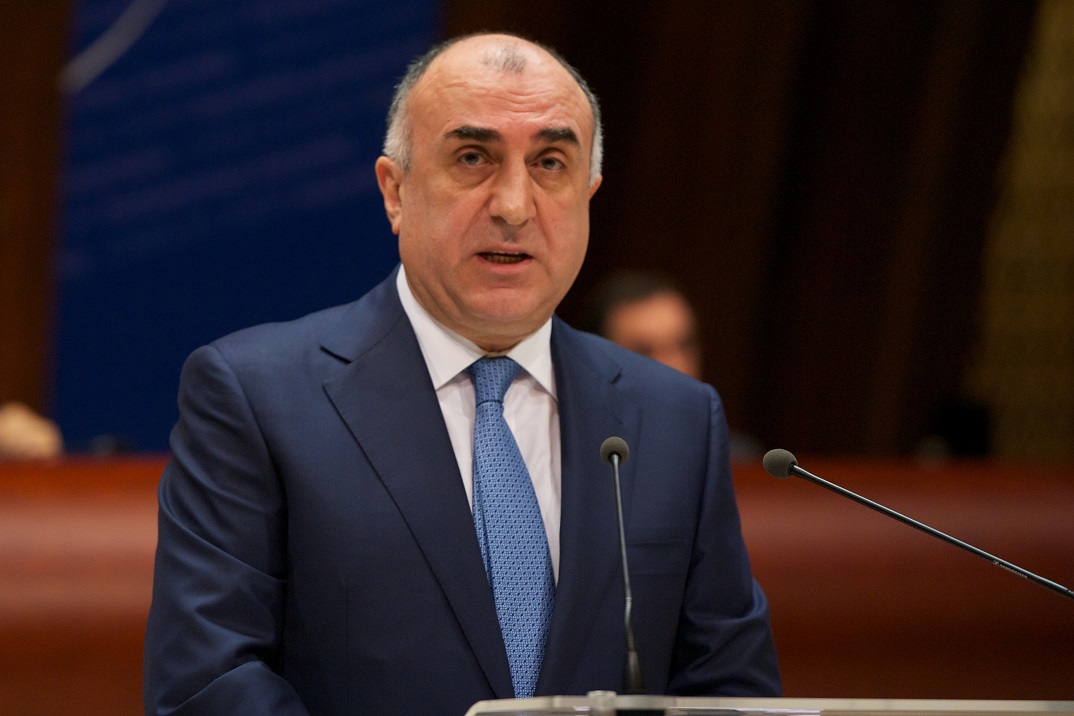 Elmar Mammadyarov, Minister of Foreign Affairs of the Republic of Azerbaijan / Report.Az

Hopes pinned on a constructive approach to solving the Nagorno-Karabakh conflict peacefully by Armenia’s government, led by Prime Minister Nikol Pashinyan over the last year, have not left officials in Baku hopeful of a breakthrough happening anytime soon.

In a written interview with the Moscow-based Kommersant newspaper on Monday, Azerbaijan’s Foreign Minister Elmar Mammadyarov shared his thoughts about what Baku expects from the Pashinyan government, why Baku rejects the prime minister’s proposal to change the format of diplomatic dialogue, and how the sides might manage to untie a knot that has been nearly three decades in the making.

“Previous governments of Armenia were trying in every way to evade the fulfillment of their direct international obligations,” Mammadyarov said, referring to four United Nations Security Council (UNSC) resolutions passed in 1993 that required Armenia to withdraw its troops from a region internationally recognized as belonging to Azerbaijan. “As a member of the UN, Armenia is also bound by the provisions of the charter of this global organization, the norms, and principles of international law.”

“For many years the leadership of the Republic of Armenia did not show the good political will to fulfill these unambiguous demands of the international community, which ultimately led to the isolation of Yerevan from large-scale regional cooperation, stagnation and deep socio-political crisis.”

Pashinyan came to power last year, and Baku had hopes that a change in leadership would result in a change in Armenia’s handling of the conflict. But those hopes were dashed when Pashinyan suggested that the regime in the occupied Nagorno-Karabakh region, which international community and Baku see as illegally self-styled and nothing more than a front for Yerevan, be included in any talks.

“We in Azerbaijan pin our hopes on the sanity of the new leadership of the neighboring country, realizing that without settling relations with Azerbaijan, without integrating into large-scale regional cooperation, it is impossible to bring Armenia out of the impasse into which it has driven itself, pursuing a policy of aggression and occupation.”

Armenia has been occupying Azerbaijan's Nagorno-Karabakh region and seven adjacent districts since the early 1990s, after the Soviet Union collapsed and Armenia decided to make a land grab in the heart of Azerbaijan. The bloody war, which lasted from 1991 until a ceasefire in 1994, claimed the lives of 30,000 Azerbaijanis and saw another one million expelled from their homeland.

Despite international mediation via the OSCE Minsk Group, which is co-chaired by three diplomats from the U.S., France and Russia, and legally binding UNSC resolutions, Armenia continues its occupation of the Nagorno-Karabakh region, making a peaceful settlement to the conflict practically impossible.

As a result of Armenia’s regional isolation, it has missed out on some big economic and infrastructure projects taking place in the South Caucasus region. The Baku-Tbilisi-Ceyhan oil pipeline, the Baku-Tbilisi-Kars railway, and the Southern Gas Corridor mega pipeline that include Georgia and Turkey, all deliberately bypass Armenia.

In his interview with Kommersant, Mammadyarov said the past year turned out to be a disappointment, as Pashinyan’s proposals have cast a shadow over settling the Nagorno-Karabakh conflict.

“Everything is quite simple - the Republic of Azerbaijan acts vis-a-vis of the Republic of Armenia as a party to the conflict. This format was approved by the decision of the Council of Ministers of the Conference on Security and Cooperation in Europe of March 24, 1992,” he noted, excluding any mention of the illegal regime in the occupied Nagorno-Karabakh region of Azerbaijan.

“These are the realities. Everything else is either speculation or attempts to delay the settlement process under a false pretext. Azerbaijan is a party unequivocally interested in the soonest resolution of the conflict. And up to now, we continue to pin our hopes precisely on its settlement through negotiations,” Mammadyarov told Kommersant.

“The seizure of the territories of Azerbaijan and their continued occupation throughout all these years did not bring any tangible dividends to Armenia. But this led to an increase in the level of poverty, unemployment, the outflow of the population from the country and other manifestations of the crisis."