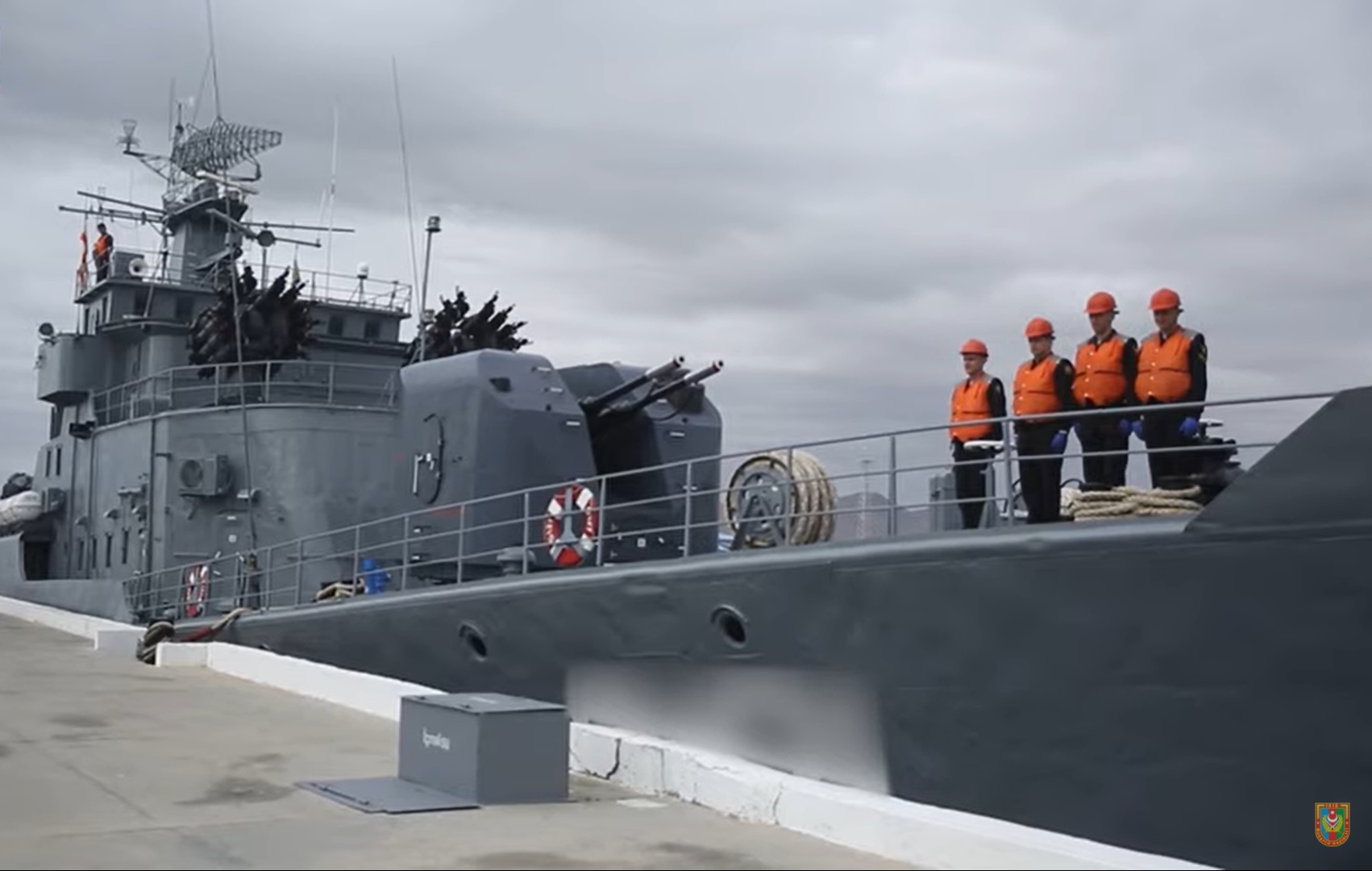 Azerbaijan’s Naval Forces conducted a three-day command and staff exercises which focused on the protection of energy infrastructure in the Caspian Sea. / Azerbaijan Defense Ministry

Azerbaijan’s Naval Forces recently conducted a three-day command and staff exercises in the country's sector of the Caspian Sea that concluded on October 13.

“In the course of the command and staff exercises, the tasks will be carried out on the map regarding the protection and defense of energy infrastructure in the Azerbaijani sector of the Caspian Sea”, the official website of Azerbaijan's Defense Ministry quoted the Commander of Naval Forces Rear Admiral Subhan Bakirov as saying on October 11.

The main purpose of conducting the exercises was to improve the practical skills of commanders and staff officers in agile decision-making and effective use of existing forces in the organization and conduct of combat, as well as to increase the knowledge and skills of personnel staff.

The exercises, involving warships and naval special forces, focused on the protection and defense of energy infrastructure in the Azerbaijani sector of the Caspian Sea.

Azerbaijani Defence Minister Colonel Zakir Hasanov and other senior officials of the Ministry were also familiarized with the process of command and staff exercises conducted by the country's Naval Forces.

The Azerbaijani Defence Ministry announced in a separate report on October 11 that the personnel and military equipment of the Turkish Armed Forces, which were recently involved in the "Unshakeable Brotherhood - 2021" joint live fire tactical exercises in the Azerbaijani exclave of Nakhchivan, had left Azerbaijan crossing the Umid Bridge.