Azerbaijani Mine Agency Defuses Around 400 Explosives Fired By Armenia's Forces 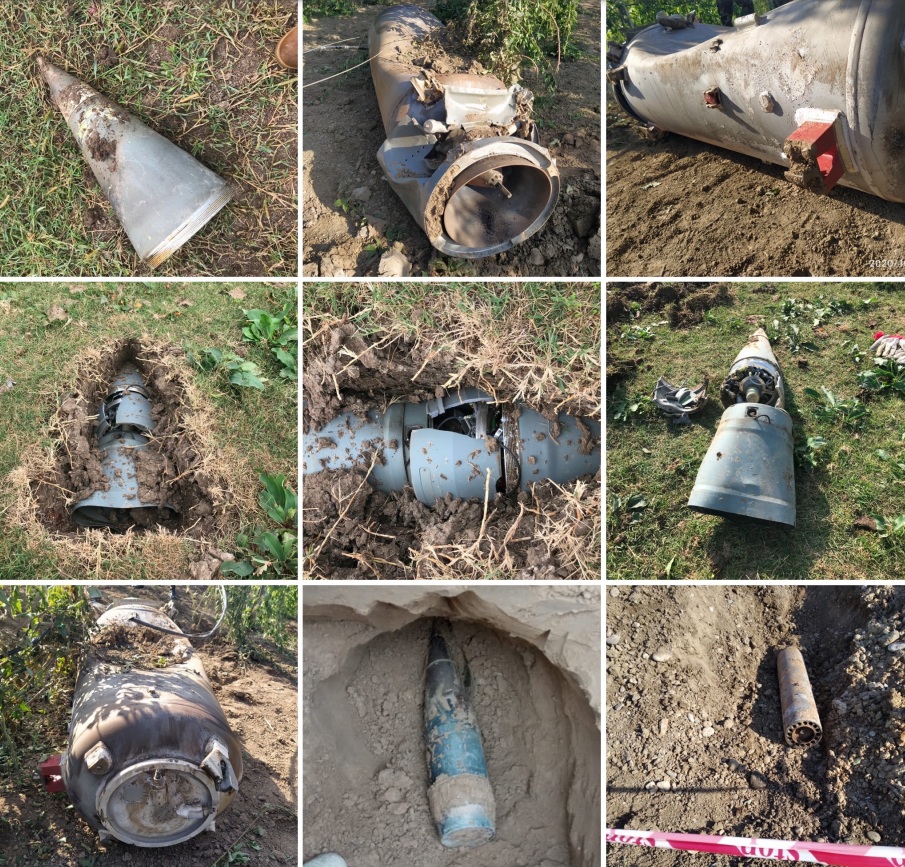 The Azerbaijan National Agency for Mine Action (ANAMA) has conducted operative and urgent bomb disposal operations in the regions shelled by Armenia's forces.

Specialists of ANAMA have found 374 submunitions in ten districts and cities located far from the battlefield. The explosives were neutralized at the agency's central disposal area, according to a statement published on October 12.

The 9M528 is a high-explosive fragmentation missile with a 243-kilogram warhead. The rocket can annihilate targets within a 25-90 kilometer range. It is one of the main components of the Russia-made RSZO 9K58 "Smerch" multiple rocket launcher.

The renewed clashes between the Armenian and Azerbaijani forces broke out on September 27 with Armenia's troops shelling heavily the military and civilian positions of Azerbaijan. The attack prompted immediate counter-attack measures by the Azerbaijani army. Intensive deployment of military materiel on the frontline by both sides has further escalated the hostilities.

Although Azerbaijani authorities did not reveal a number for military casualties, they have confirmed 42 deaths among the civilian population with the clashes now in its third week. Armenia's shelling the densely populated residential areas in multiple zones, including major cities of Azerbaijan have also wounded 206 civilians to date.

A midnight missile fire on the country's second-largest city of Ganja on October 11 destroyed completely two residential buildings to kill 10 and wound 34 civilians. Azerbaijani authorities stated that Armenia's forces launched Elbrus tactical ballistic missile on the city. R-17 Elbrus, designated as SS-1C Scud-B by NATO, is a Russia-made short-range ballistic rocket with a range of up to 300 kilometers. It is able to carry 985 kilograms of conventional and 5-80 kilotons of nuclear warheads.

Armenia's forces launched the same missile on the strategic Mingachevir city of Azerbaijan on the same day. The air defense units of Azerbaijan have intercepted the rocket before it reached the target - the largest power station of Azerbaijan. Earlier, a missile fired from RSZO 9K58 "Smerch fall in the vicinity of the station without exploding.

The full-scale war lasted until a ceasefire in 1994. The results of the hostilities were the occupation of 20 percent of Azerbaijan's internationally recognized territory, including the Nagorno-Karabakh region and seven surrounding districts, as well as the killing of 30,000 ethnic Azerbaijanis and displacement of one million.