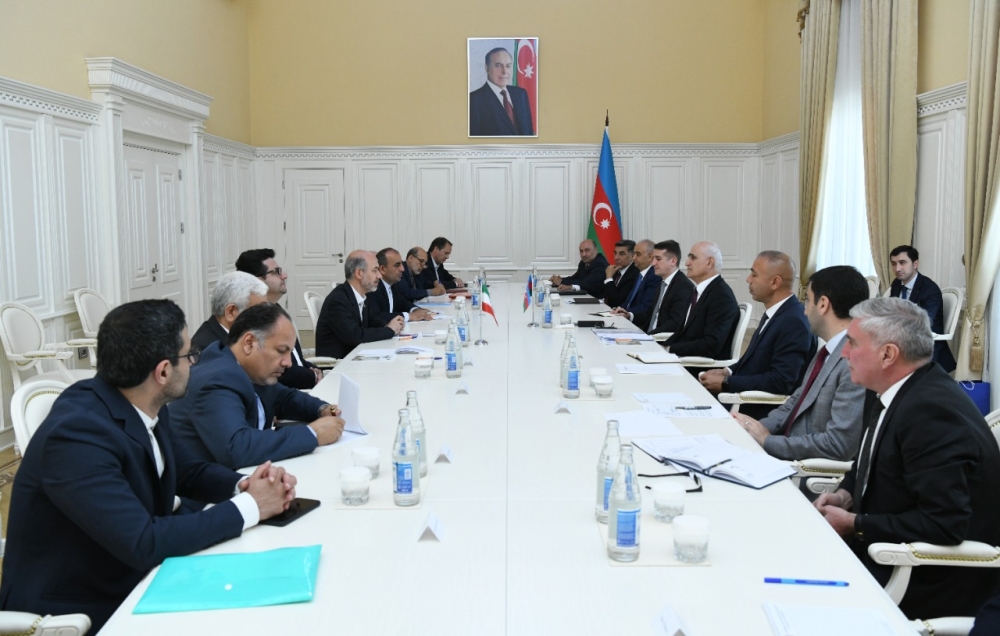 Mehrabian referred to the war in Ukraine, which led to a significant increase in energy prices, saying that “the expansion of cooperation in the field of electricity production and consumption between Iran and Azerbaijan is important for the development of joint cooperation”

“The synchronization of the electricity networks of the two countries and interaction for the development of exchanges of electricity produced by Iran and Azerbaijan with other countries in the region are very necessary,” the Iranian minister said on July 6, according to IRNA.

The sides have agreed to speed up the construction of the Khudafarin and Qiz Qalasi hydrosystems and hydroelectric power plants on the Araz River on the Azerbaijani-Iranian border.

In a meeting with Azerbaijan's Deputy Prime Minister Shahin Mustafayev on July 6, Mehrabian said that the synchronization of the electricity networks enables the two counties to expand cooperation in the electricity sector.

“The agreement to synchronize the power grids of Iran, Russia and Azerbaijan is being studied, very good lines have also been established between Iran and Turkey and we had very good exchanges with this country, which is how we are also connected to the European power grid”, the Iranian minister stated.

The transmission of Azerbaijan's electricity through Iran to Turkey and Europe, as well as the synchronization of Iran's and Russia's electricity networks can be the result of this cooperation, he added.

For his turn, Mustafayev also called for the continuation of exploitation and protection of Araz River by the two countries.

In 2016, Azerbaijan and Iran agreed to build the Khudafarin and Qiz Qalasi hydro junctions and hydroelectric power plants on the Araz River. The construction of the 200-MW Khudafarin and 80-MW Qiz Qalasi plants was expected to be completed before 2024. The two hydrosystems with a total volume of over 1.6 billion cubic meters will enable Azerbaijan and Iran to jointly use the water and energy resources of the border Araz River.

The two sides also agreed on the construction of the Marazad power plant near Iran’s town of Marazad and the Ordubad power plant in the Nakhchivan Autonomous Republic, which is landlocked exclave of Azerbaijan.

Azerbaijani President Ilham Aliyev said back in February that Baku was planning to build a new power line along the "Zangazur corridor" - a prospective link between mainland Azerbaijan and its Nakhchivan exclave via Armenia. He said that Azerbaijan would use the new connection to supply electricity to Nakhchivan and export it to Turkey and Iran.

Later in March, Azerbaijan and Iran signed a memorandum of understanding on building new communication lines between Azerbaijan's Eastern Zangazur Economic Region and the Autonomous Republic of Nakhchivan via Iranian territory bypassing Armenia. The new route will include a railway, a motorway, as well as communications and power lines.

The agreement paves the way for the establishment of a transport corridor between Azerbaijan's East Zangazur economic region and Nakhchivan through Iran. Besides the construction of highways and railway lines, the project provides for laying high voltage power lines from mainland Azerbaijan to its Nakhchivan exclave via Iran. This transit power transmission line will be connected to Khudafarin and Qiz Qalasi hydroelectric power plants via Jabrayil 330/110-kilovolt substation, the largest in the region.

After liberating its lands from Armenian occupation following a 44-day war in 2020, Azerbaijan regained control over a 132-km section of the Azerbaijani-Iran border. The re-establishment of control over the state border opened up new prospects for broader cooperation between the two countries.