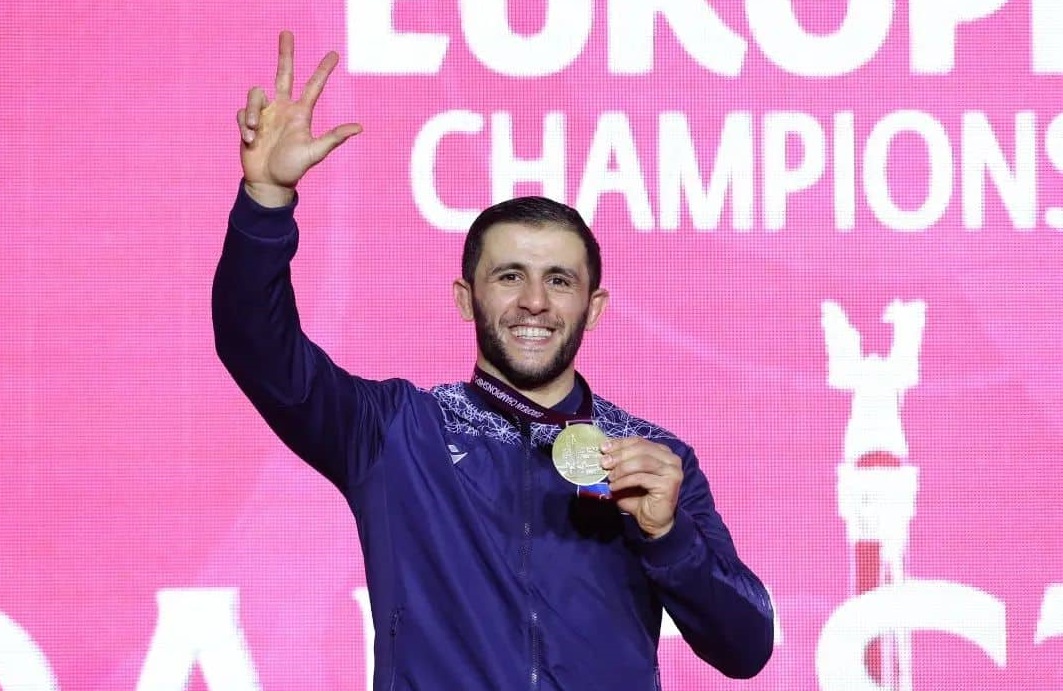 Azerbaijan’s senior men’s Greco-Roman wrestling team outclassed its rivals in the medal tally at the 2022 European Wrestling Championships, claiming the top spot in the team rankings on Sunday.

A total of 165 points scored in Hungary’s capital brought Azerbaijan the first European title in the Greco-Roman wrestling tournaments. Turkiye and Georgia followed Azerbaijan with 150 and 114 points, respectively.

Eldaniz Azizli and Rafig Huseynov crowned the tournament in the category up to 55 kg and 82 kg, respectively. Rafig, aged 33, renewed his record as Azerbaijan’s first-ever three-time European champion.

As a result, Azerbaijani Greco-Roman wrestlers set a record in terms of the number and classes of medals, as well as the overall final score at the 2022 European Wrestling Championships.

Earlier, both the senior men’s freestyle wrestling team and U-23 wrestling team of the country crowned the European championships in Hungary and Bulgaria. The national wrestlers brought home three European titles in less than a month, showing one of the best results in Azerbaijan’s wrestling history.