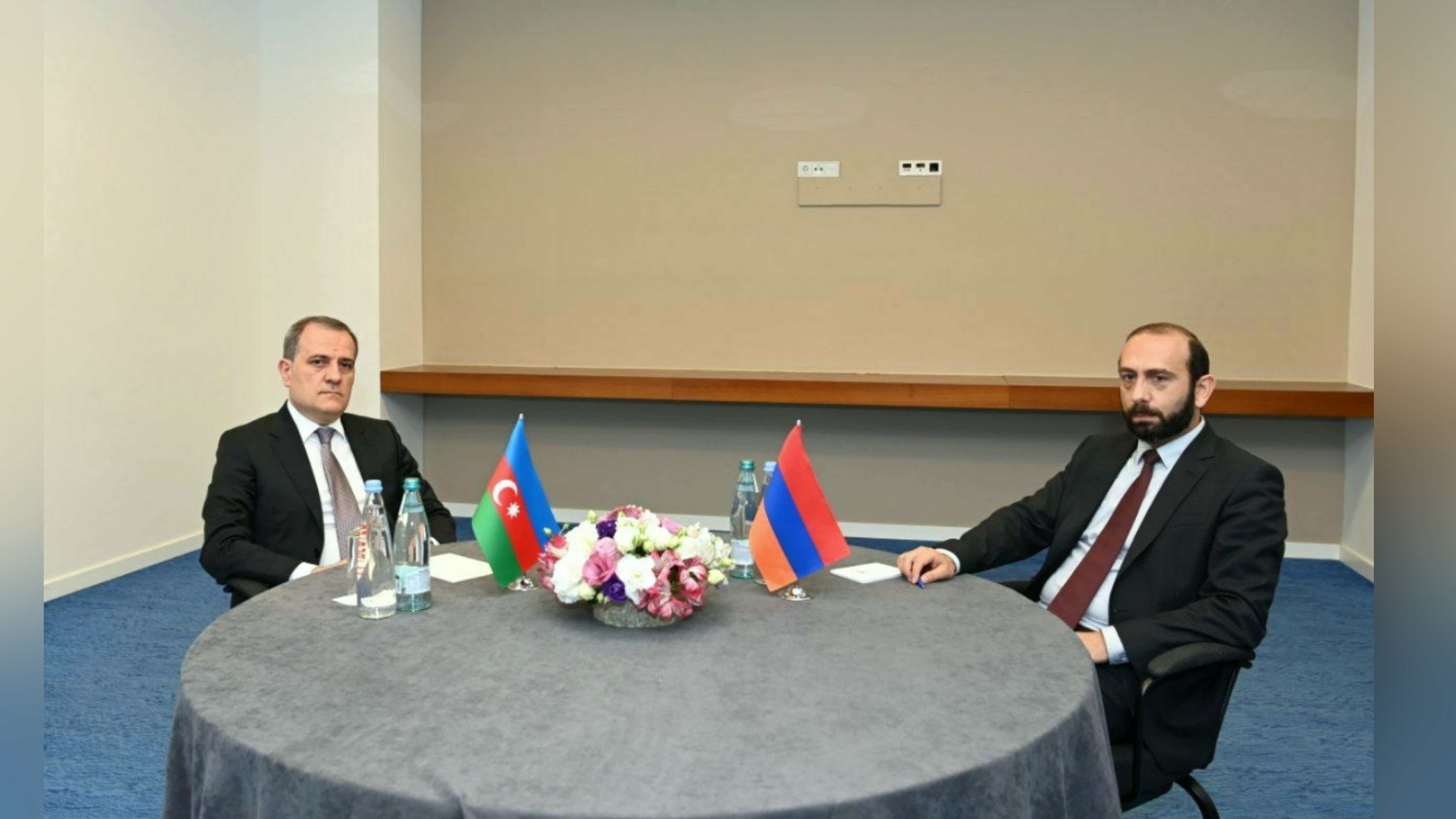 The foreign ministers of Azerbaijan and Armenia met Saturday in Georgia’s capital Tbilisi to discuss the issues and steps toward normalization of bilateral relations following the Second Karabakh War in 2020.

As part of the meeting, Azerbaijan’s Foreign Minister Jeyhun Bayramov said that based on the post-conflict realities, all efforts need to be directed toward making progress in building good-neighborly inter-state relations.

According to the Azerbaijani Foreign Ministry’s press service, the necessity for full implementation of all provisions of the trilateral statement, in particular, the withdrawal of the Armenian armed forces from the territory of Azerbaijan, was highlighted at the meeting. The statement signed by the leaders of Azerbaijan, Armenia, and Russia, ended the 2020 war between Azerbaijan and Armenia.

In his remarks, the Azerbaijani foreign minister also recalled humanitarian issues, including the importance of bringing clarity to the fates of nearly 4,000 Azerbaijani citizens gone missing during the First Karabakh War that lasted from 1991-1994.

The meeting between the two diplomats has been evaluated as a “positive step” by US Secretary of State Antony Blinken, who said that “direct dialogue is the surest path to resolving Azerbaijani and Armenian differences.” For his part, Georgian Foreign Minister Ilia Darchiashvili said the meeting in Tbilisi ushered in the “start of direct dialogue” between Baku and Yerevan.

Armenia and Azerbaijan had long been at odds over the latter’s Karabakh (Garabagh) region. Following the Soviet Union’s dissolution in 1991, Armenia launched full-blown military aggression against Azerbaijan, marking the longest and deadliest war in the South Caucasus region. The bloody war ended with a ceasefire in 1994 and saw Armenia forcibly occupying 20 percent of Azerbaijan’s internationally recognized territories. Over 30,000 Azerbaijanis were killed, nearly 4,000 went missing, and one million were expelled from those lands in a brutal ethnic cleansing policy conducted by Armenia.

On September 27, 2020, the decades-old conflict between the two countries spiraled after Armenia’s forces deployed in occupied Azerbaijani lands shelled military positions and civilian settlements of Azerbaijan. During counter-attack operations, Azerbaijani forces liberated over 300 settlements, including the cities of Jabrayil, Fuzuli, Zangilan, Gubadli, and Shusha. The war ended in a statement signed on November 10, 2020, under which Armenia returned the occupied Aghdam, Kalbajar, and Lachin districts to Azerbaijan.

In April 2022, President Aliyev met with Armenian Prime Minister Nikol Pashinyan in Brussels to discuss the implementation of the peace agenda. In a meeting hosted by the European Council President, Charles Michel, the sides agreed to set up joint working groups that should work on the issues related to the delimitation and demarcation of the Armenia-Azerbaijan borderline.

President Aliyev later said the Armenian authorities had accepted the principles submitted by Azerbaijan. Foreign ministers of the two countries agreed on parameters of the participants in the Joint Border Commission in two consecutive phone conversations that followed the Brussels meeting.

On May 24, the first meeting between the Border Commissions of Azerbaijan and Armenia took place on the interstate border. Deputy Prime Minister of Azerbaijan Shahin Mustafayev, who chairs the commission, and his counterpart from Armenia, Deputy Prime Minister Mher Grigoryan reaffirmed at the meeting their readiness to work on delimitation and other issues in line with the ultimate goals of the commissions.

The sides agreed to press ahead with the meetings in different venues and confirmed the second gathering to take place in Moscow and the third in Brussels. Dates for the next meetings are yet to be scheduled.

Meanwhile, the situation on the Armenia-Azerbaijan border is regularly escalated in armed shelling despite diplomatic efforts. Armenian armed forces have targeted the Azerbaijani military positions stationed in the Kalbajar region at least seven times since the start of July.