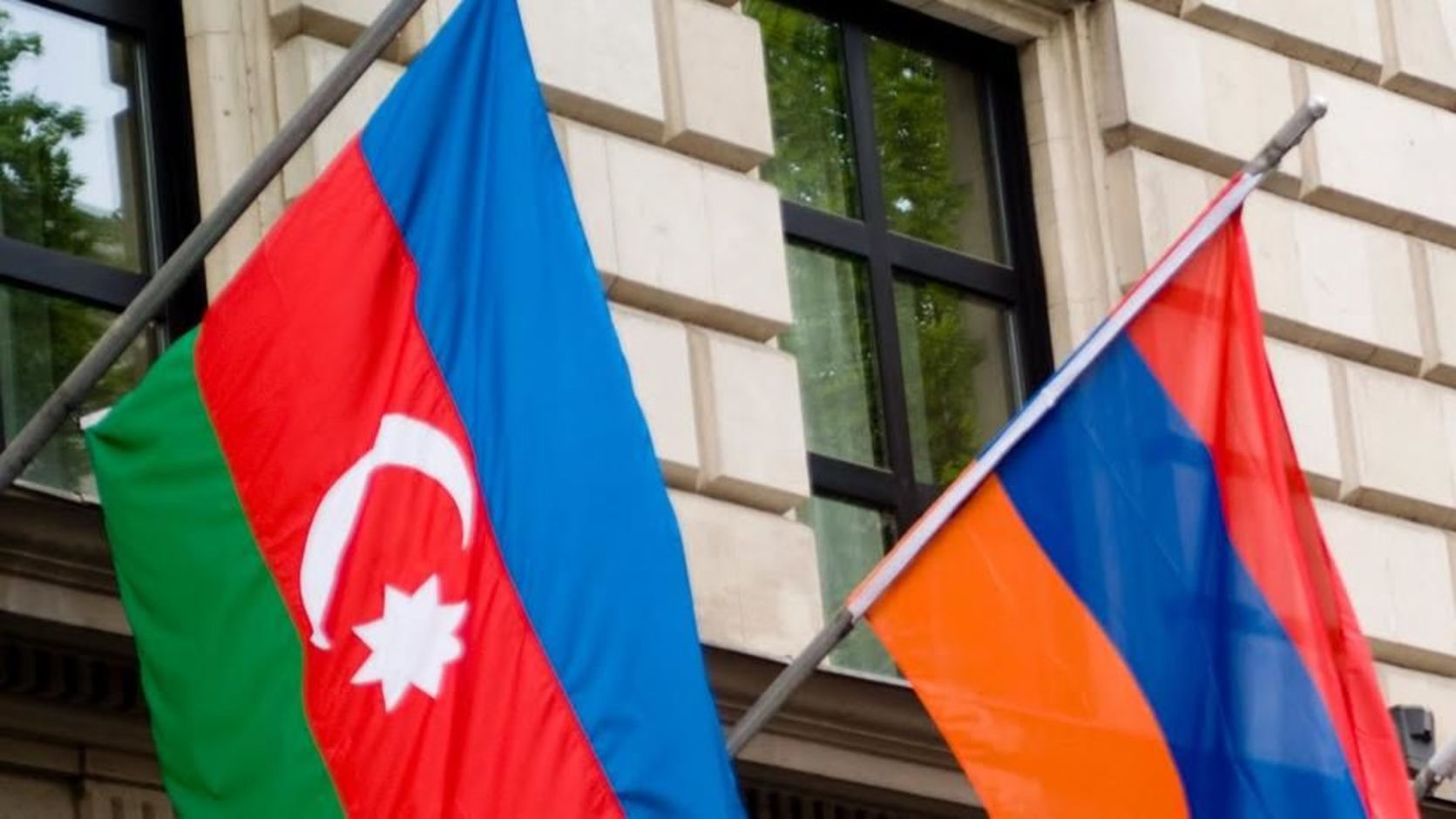 The decree came on the heels of a trilateral meeting between President Aliyev, Armenian Prime Minister Nikol Pashinyan, and European Council President Charles Michel in Brussels on May 22, 2022 / Courtesy

The first meeting between the newly established Border Commissions of Azerbaijan and Armenia took place on the interstate border on Tuesday.

The sides agreed to press ahead with the meetings in different venues and confirmed the second gathering to take place in Moscow and the third in Brussels. Dates for the next meetings are yet to be scheduled.

According to the decree, the commission consists of 23 state officials representing various state bodies, including ministries, state services, and executive powers.

Deputies of the Foreign Affairs, Interior Affairs, Defense, Ecology and Natural Resources, Justice, Agriculture ministers, as well as the deputy heads of the State Border Service, Foreign Intelligence Service, Melioration and Water Management Service, and the heads of the State Service for Property Issues under the Ministry of Economy and Department of Legislation and Legal Policy of the Administration of the Azerbaijani President are assigned as the members of the commission.

President Aliyev ordered the Cabinet of Ministers to ensure the creation of the Secretariat of the State Commission, as well as an expert group consisting of specialists from the relevant state bodies.

The decree came on the heels of a trilateral meeting between President Aliyev, Armenian Prime Minister Nikol Pashinyan, and European Council President Charles Michel in Brussels on May 22. Michel has then said that the leaders of Azerbaijan and Armenia have agreed to hold the first meeting of the Border Commissions on the interstate border in the coming days. The meetings will address all questions related to the delimitation of the Armenia-Azerbaijan state border.

The Armenian government also recently announced about the creation of the national Border Commission. The commission involves 12 state officials, including the chairman, from ministries and state services including the Foreign Ministry, Defense Ministry, Justice Ministry, as well as the National Security Service, Border Troops, Cadastre Committee and others.

The significant part of the state border of Azerbaijan with Armenia, measuring 1,007 kilometers in length, remained out of the country’s control for nearly 30 years after Azerbaijan's Karabakh (Garabagh) region fell under the illegal Armenian occupation in the early 1990s. Following the Soviet Union’s dissolution in 1991, Armenia launched a full-blown military campaign against Azerbaijan, marking the longest and deadliest war in the South Caucasus region. The bloody war ended with a ceasefire in 1994, which saw Armenia forcibly occupying 20 percent of Azerbaijan’s internationally recognized territories. Over 30,000 Azerbaijanis were killed, and one million others were expelled from those lands in a brutal ethnic cleansing policy conducted by Armenia.

On September 27, 2020, the decades-old conflict between the two countries intensified after Armenia's forces deployed in occupied Azerbaijani lands shelled military positions and civilian settlements of Azerbaijan. During counter-attack operations that lasted 44 days, Azerbaijani forces liberated over 300 settlements, including the cities of Jabrayil, Fuzuli, Zangilan, Gubadli, and Shusha, from a nearly 30-year-long illegal Armenian occupation. The war ended in a tripartite statement signed by Armenia, Azerbaijan, and Russia on November 10, 2020. Under the statement, Armenia also returned the occupied Aghdam, Kalbajar, and Lachin districts to Azerbaijan.

The restoration of Azerbaijan’s control over a large portion of its 1,007-kilometer border with Armenia resulted in new realities on the Armenia-Azerbaijan state border. Post-war border protection works of the Azerbaijani army have faced hostile backlash from the Armenian side since May 2021. Yerevan blames Azerbaijani forces for the so-called “encroaching” on Armenia’s territory. Since then, Armenia's military conducted numerous provocations against the Azerbaijani army, resulting in serious complications on the frontier. Baku has been calling for the delimitation and demarcation of the frontiers in order to settle the recurring issues on the borderline.

Azerbaijani authorities included the border delimitation and demarcation issue in the basic principles for the establishment of mutual relations that were contained in a proposal package submitted to Yerevan in February 2022.