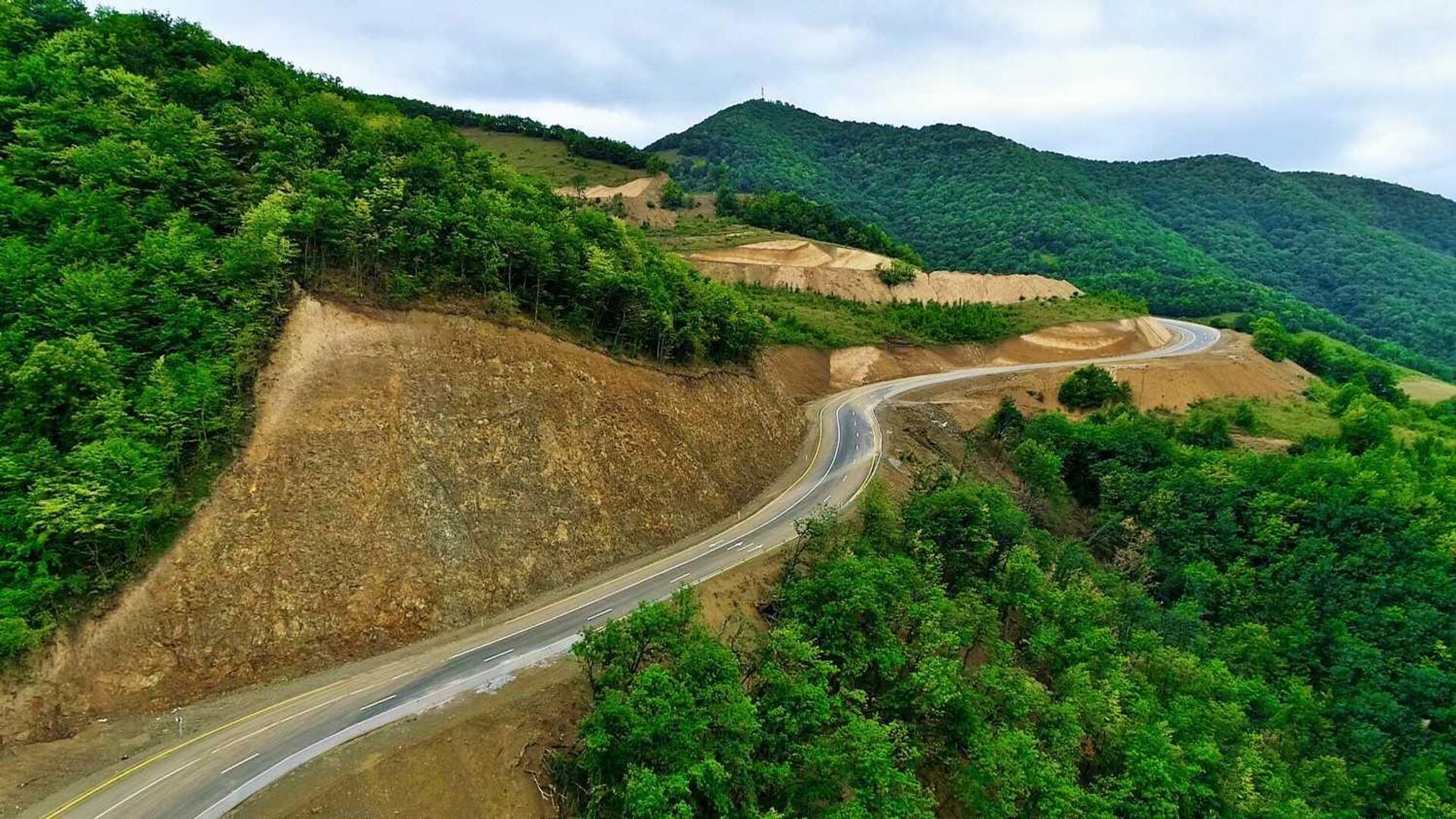 Azerbaijan and the temporary Russian peacekeeping mission in the Karabakh region have agreed to improve the work of the peacekeepers on the Lachin highway, which connects Armenia with Azerbaijani territories populated by ethnic Armenians.

Commander of the Russian peacekeepers, General Andrei Volkov first said that the installation of a customs checkpoint on the highway has been agreed upon with the Azerbaijani side.

"We have agreed with the Azerbaijani side to install a mini customs post [and] bring modern equipment to the checkpoint at the entrance [of the Lachin highway]. We did not have the technical means to check until today. They [those using the highway] can take something under some cargo there," he told Azerbaijani journalists on Monday.

Volkov is convinced that it could help enhance peacekeepers' activities and prevent the transportation of restricted goods through the Lachin highway.

However, the separatists in the Karabakh region of Azerbaijan have denied the remarks by Volkov about the installation of the customs post together with Azerbaijan on the Lachin road. They claimed that Volkov told them that there would be no customs checkpoint and Azerbaijani servicemen would not be allowed to oversee the traffic on the highway but only the necessary technical means will be brought to the existing checkpoints to facilitate the work of the peacekeepers.

Demands of Azerbaijan for more effective control on the Lachin road by the Russian peacekeepers followed the illegal transportation of minerals from the Azerbaijani territories temporarily monitored by the Russian peacekeepers to Armenia via the Lachin road. Baku-based Caliber.Az news agency has recently reported that eight Kamaz trucks accompanied by a Nissan Patrol SUV with an Armenian license number 731 - AB - 61 ER, made their way from the Khankendi city of Azerbaijan to Armenia between November 10 and November 14. Moreover, on November 16-18, the same vehicles were seen along the Lachin road from Armenia to Khankendi.

According to operational data, raw materials extracted at the gold mines near the village of Gulyatagh of the former Aghdara (current Tartar) region of Azerbaijan, located in the zone of temporary responsibility of the Russian peacekeepers, have been transported on these Kamaz trucks. The materials were moved by the Base Metals company, a subsidiary of Vallex Group Company based in Switzerland, which engaged in the looting of precious metals in Kalbajar, Zangilan and Aghdara during the years of occupation and currently in the area where Russian peacekeepers are stationed. The chairman of Vallex Group is a citizen of the Republic of Armenia Valery Mezhlumyan, born in 1951, and residing in Yerevan.

Following the incident, the Ecology and Natural Resources Ministry of Azerbaijan dispatched a group of experts to the Lachin highway to monitor the situation on the ground and demand that Russian peacekeepers stop illegal shipments via the highway. Hours-long talks between the sides at the headquarters of the peacekeeping command in Khankendi ended on December 4 with an agreement permitting a group of experts from Azerbaijan to investigate and monitor the illegal exploitation of minerals in the Azerbaijani territories and ecological consequences of these activities.

Armenia and Azerbaijan have been at odds since the late 1980s with the dramatic rise in anti-Azerbaijan sentiments in Armenia, at the center of which stood Armenia's illegal claims for Azerbaijan's historic Karabakh (Garabagh) region. Following the Soviet Union’s dissolution in 1991, Armenia kicked off a full-blown military aggression against Azerbaijan. The bloody war until a ceasefire in 1994 saw Armenia occupying 20 percent of Azerbaijan’s internationally recognized territories. Over 30,000 Azerbaijanis were killed, and one million were expelled from those lands in a brutal ethnic cleansing policy conducted by Armenia.

In August of this year, Azerbaijan completed the construction of the all-new road and eventually put it into operation. Following the launch of the new road, in August 2022, Azerbaijan reclaimed control over the city of Lachin and two surrounding villages to ultimately restore its sovereignty over the entire Lachin district.

However, numerous reports have surfaced about illegal shipments and visitors passing through the Lachin highway, which are meant to be prevented by the Russian peacekeepers.