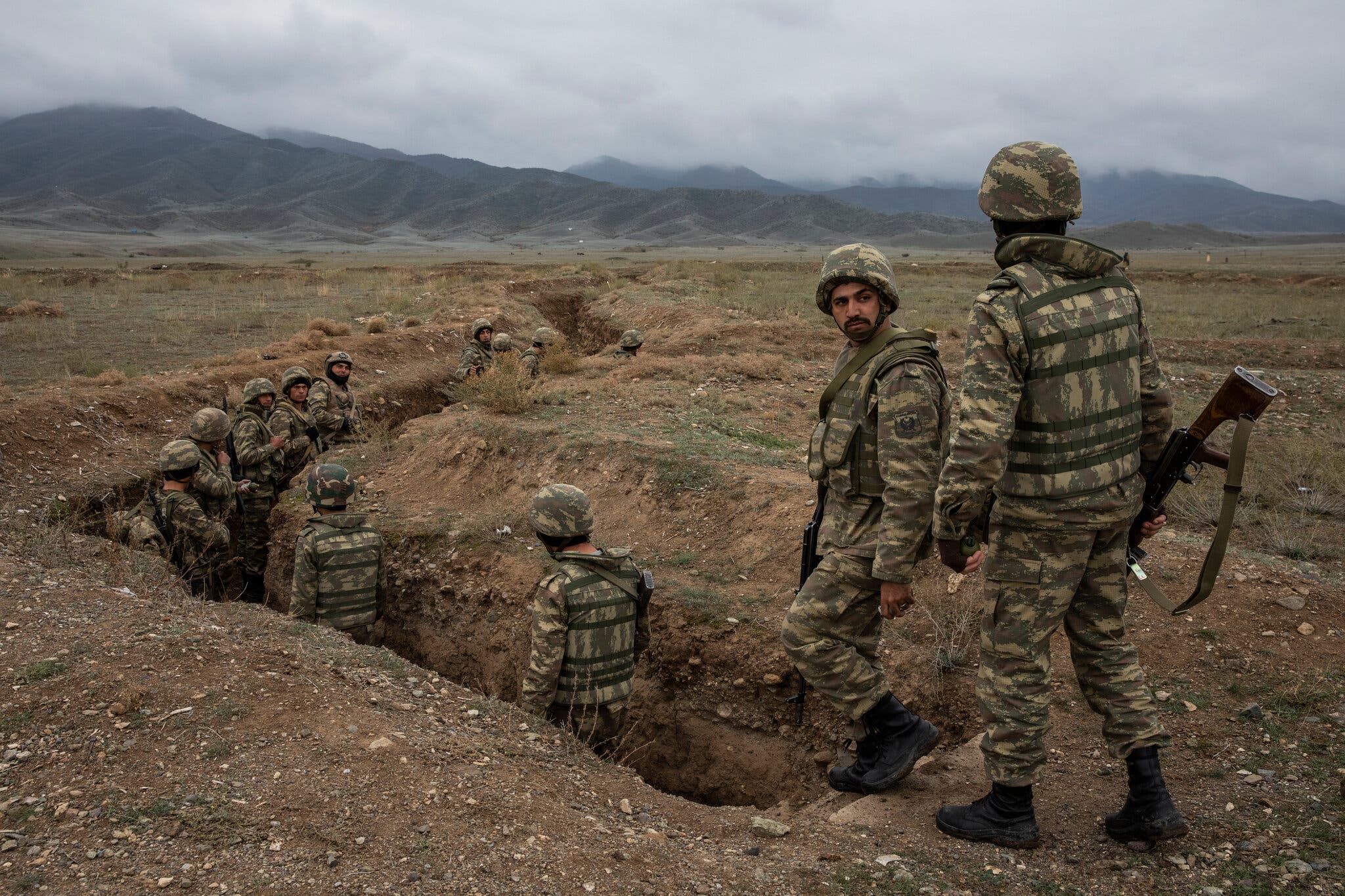 Azerbaijani President Ilham Aliyev expressed his dissatisfaction with Armenia’s reluctance to abide by the terms of the statement that was signed by Yerevan and Baku in November, 2020, which ended the Second Karabakh War.

In a joint press conference with President Vladimir Putin in Moscow this week, President Aliyev said Baku expects Yerevan to fully adhere to its obligations under the document.

“We expect the Armenian side to fully comply with all the provisions of the Declaration of 9-10 November 2020 regarding the withdrawal of all Armenian armed forces from the territory of Karabakh, as well as the opening of communications between the main part of Azerbaijan and the Nakhchivan Autonomous Republic, which is a legal obligation of the Armenian side,” he said, adding that the current progress in this direction was very slow.

Armenia and Azerbaijan had been locked in a decades-old armed conflict over the latter’s Karabakh (Garabagh) region. Following the Soviet Union’s dissolution in 1991, Armenia launched full-blown military aggression against Azerbaijan, marking the longest and deadliest war in the South Caucasus region. The bloody war ended with a ceasefire in 1994, which saw Armenia forcibly occupying 20 percent of Azerbaijan’s internationally recognized territories. Over 30,000 Azerbaijanis were killed, 3,890 went missing, and one million others were expelled from those lands in a brutal ethnic cleansing policy conducted by Armenia. As a result of the war between Armenia and Azerbaijan in the early 1990s, Nakhchivan became fully isolated from the Azerbaijani mainland after Armenia closed energy, electricity, and transport connections, including highways and railways to and from the region.

On September 27, 2020, the Armenia-Azerbaijan conflict took a violent turn when Armenia’s forces deployed in the occupied Azerbaijani lands shelled military positions and civilian settlements of Azerbaijan. During the counter-attack operations that lasted 44 days, Azerbaijani forces liberated over 300 settlements, including the cities of Jabrayil, Fuzuli, Zangilan, Gubadli and Shusha, from nearly 30-year-long illegal Armenian occupation. The war ended with the signing of a tripartite statement by Armenia, Azerbaijan and Russia on November 10, 2020. Under the agreement, Armenia also returned the occupied Aghdam, Kalbajar and Lachin districts to Azerbaijan.

The document ordered the full withdrawal of the Armenian armed forces from the Karabakh region and the deployment of the Russian peacekeepers to the region. Armenia's authorities, however, have stalled in implementing the terms of the agreement.

There are still the remnants of the armed Armenian separatists and illegal formations of the Armenian forces in the certain territories of the Karabakh region temporarily controlled by the Russian peacekeeping mission, according to Azerbaijani reports. The illegal formations have resorted to armed provocations against the Azerbaijani military, including the shelling of the army positions, terror activities, and infiltration attempts. In addition, they have carried out engineering and fortification work, trying to build new positions, digging trenches and creating a defensive zone under the direct cover of the Russian peacekeeping contingent.

Shortly after the end of the last Karabakh war in November 2020, Azerbaijani troops deployed in the country’s liberated territories discovered a group of more than 60 armed Armenians who had been dispatched from Armenia, mainly its Shirak region, after the end of hostilities. They carried out three separate attacks on Azerbaijan’s positions killing four servicemen and a civilian at different times before being detained by the Azerbaijani forces. In addition, armed Armenians were captured during an attempt of infiltration into the Azerbaijani borders on November 16, 2021.

In November 2021, Armenian citizen Norayr Mirzoyan, who was reportedly involved in the Second Karabakh War, threw an RGD-5 anti-personnel fragmentation grenade at the Azerbaijani soldiers stationed next to the Russian peacekeepers along the Lachin corridor near the Shusha city. At least three Azerbaijani servicemen were injured in the terrorist attack.

Since the start of February 2022, the illegal Armenian armed gangs in the Azerbaijani territories temporarily monitored by the Russian peacekeepers targeted the Azerbaijani army positions at least five times. During the shelling of the positions in the Tartar district on February 6, a civilian house was seriously damaged. The culprits were reportedly found to be under the influence of alcohol when the incident occurred.

The Azerbaijani government sees the implementation of the Zangazur Corridor, a multimodal transport route for connecting Azerbaijan’s mainland with its southwestern exclave of Nakhchivan through Armenia’s territory, as a vital phase of unblocking regional communications under the tripartite agreement. Authorities of the country are convinced that the corridor could help foster peace and cooperation and create new opportunities for the region’s nations.

Armenia has long been defying the construction of the Zangazur Corridor. Last year, the country’s authorities, including Prime Minister Nikol Pashinyan, rejected the project as they claimed it could put the sovereignty of Armenia over the transport route in jeopardy.

However, President Aliyev said in December 2021 that Baku and Yerevan have come to a consensus on building transport communications through Armenia’s territory that reactivate the direct connection between Nakhchivan and the mainland of Azerbaijan.

The Armenian authorities have also confirmed the plans for constructing the segment of the Zangazur Corridor in the country’s territory; however, no practical steps have been taken yet. According to the Armenian vice-premier Mher Gregorian, it will take $200 million and three years to build the 45-kilometer railway segment. But the date for breaking ground on the project remains unknown.