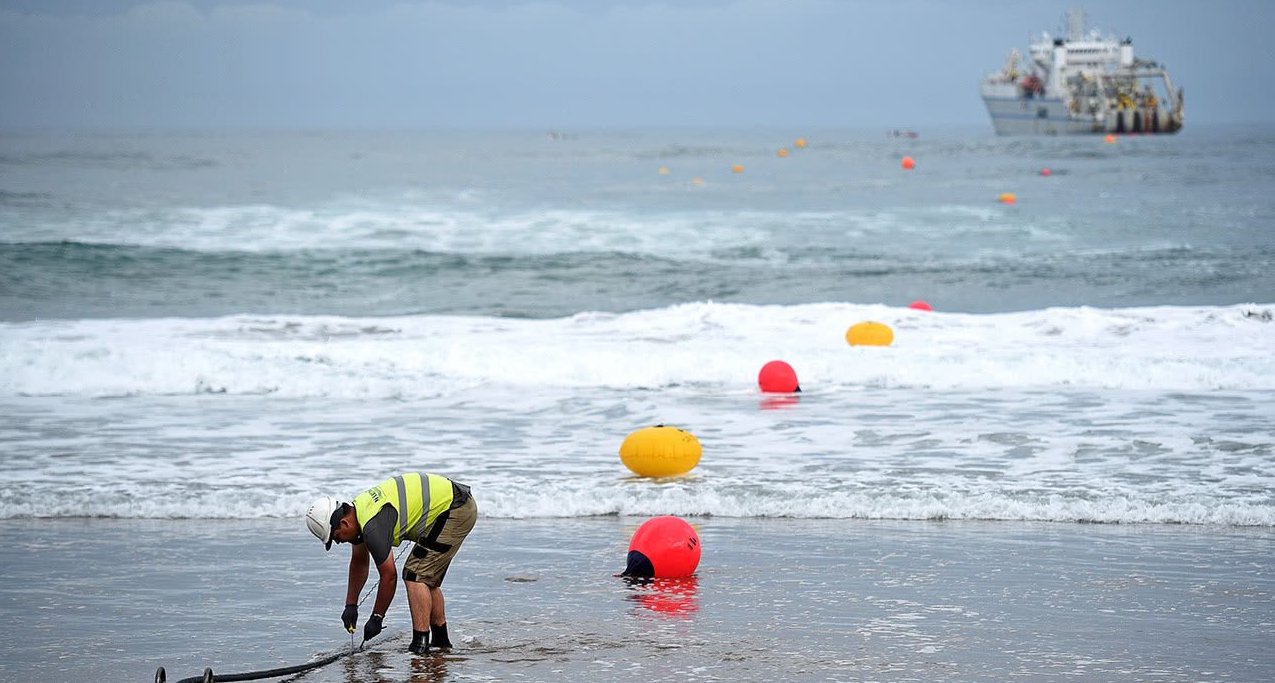 AzerTelecom and Turkmentelekom will lay a fiber optic backbone cable line extending from Azerbaijan’s eastern Siyazan district to the port city of Turkmenbashi in western Turkmenistan. / The Economist

Azerbaijan and Turkmenistan have taken another step toward strengthening regional telecommunication systems as top officials have agreed the construction of a fiber-optic cable line, which will link the two countries along the bottom of the Caspian Sea.

Relations between the two countries got a boost this week when Turkmenistan’s President Gurbanguly Berdimuhamedow visited Baku on Wednesday, resulting in a series of deals, including a memorandum of understanding (MoU) on the construction of a fiber-optic cable line by AzerTelecom, Azerbaijan’s backbone internet provider, and its counterpart Turkmentelekom.

According to the MoU, AzerTelecom and Turkmentelekom will lay a fiber optic backbone cable line extending from Azerbaijan’s eastern Siyazan district to the port city of Turkmenbashi in western Turkmenistan.

The cable stretching over nearly 300 km (186 mi) is expected to be the primary hub for the transmission of internet traffic from Europe to South Asia and back, forming a wide digital telecommunication corridor. Along with Azerbaijan and Turkmenistan, the project may benefit Uzbekistan, Afghanistan, Pakistan and India as well.

The recent MoU came after another document, which was signed within the Turkmentel International Exhibition for Telecom and IT held in Ashgabat late last year to initiate joint activities by communication operators of the two countries.

Meanwhile, the talks about the construction of the fiber-optic cable lines along the bottom of the Caspian Sea are nothing new for the region.

In mid-November last year, officials from Baku and Nur-Sultan launched the construction of another fiber-optic cable line that will stretch over nearly 400 km (249 mi) along the bottom of what is the world’s largest inland body of water.

The project, which is also known as the Trans Caspian Fiber Optic (TCFO), is implemented by AzerTelecom together with Kazakhstan’s Transtelecom and KazTransCom companies. The cable is expected to come online by late 2021 to transmit data with a capacity of at least 4-6 terabits per second.

‘‘The Trans Caspian Fiber Optic will form the Digital Silk Way between Europe and Central Asia through Azerbaijan and this route between the continents will be the most optimal, shortest route among those existing in the Eurasian region, and it will also be a route with minimal delay in data transmission,’’ said Azer Bayramov, AzerTelecom’s strategy adviser.

Meanwhile, both projects are the part of the “Azerbaijan Digital Hub” program of AzerTelecom, which is the subsidiary of Azerbaijan’s first mobile operator and the fastest mobile internet provider Bakcell.

Telecommunication specialists in Azerbaijan expect the program to improve access to the Internet and digital services for 1.8 billion people residing in the Caucasus, the Middle East, Central, and South Asia regions. At the same time, it will strengthen Azerbaijan’s telecommunication system and domestic digital market. In addition, the project will boost the economy by attracting investments in the non-oil sectors, as well as develop capacity within e-services and cybersecurity.