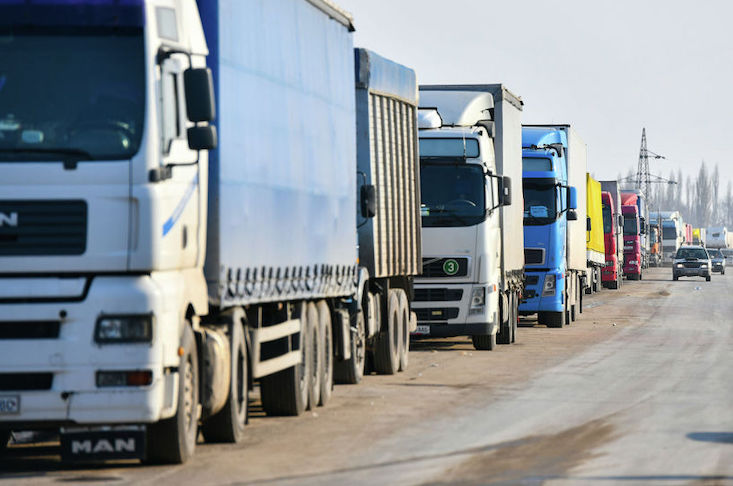 In January-May of 2020, 55,500 tons of cargo were transported through Azerbaijan in the direction of Afghanistan and back.

The development of the international trade route, known as Lapis Lazuli corridor, received significant support this week when officials from Azerbaijan, Turkmenistan, and Afghanistan joined an online meeting to discuss the ambitious project.

During a video conference, transport officials from the three countries focused on a series of issues, including improvement of the transport and logistics activities along the route, as well as the creation of equal conditions for all participating countries.

Officials from the Caspian region and Central Asia reviewed the possibility of imposing through rates — a freight cost that includes pre-carriage, on-carriage, or both, in addition to the main carriage. Besides, the parties to the project agreed to introduce a single price policy along the corridor.

Also, representatives of Turkmenistan announced that the country’s Transport and Logistics Center would operate the part of the route passing through their country, as well as all activities.

The next video conference of the transport officials would be held in late September, according to a report by state-owned Turkmenistan Golden Age newspaper.

Lapis Lazuli is the trade corridor running from the Afghan cities of Akina and Torgundi to the seaports of Turkmenbashi in Turkmenistan and Baku in Azerbaijan, Poti and Batumi in Georgia, and the cities of Kars and Istanbul in Turkey with further access to the transport system of Europe.

The idea for such a project was first announced in 2012, while in 2017, Azerbaijan, Turkmenistan, Afghanistan, Turkey, and Georgia signed an agreement to make it happen. The multi-modal project worth $2 billion now allows transporting back-and-forth deliveries of cargo between the markets in Central Asia, South Caucasus, Black Sea and southeastern Europe. Eighty percent of goods to Europe will move by railway, as well as across the Caspian and Black seas by maritime routes.

The route was inaugurated in December 2018. Nine heavy trucks carrying dried fruits, herbs, and textiles left the province of Herat in western Afghanistan, to arrive in the Turkmenbashi International Seaport from where cargo headed to Europe through Azerbaijan and Georgia. Reportedly, it took twelve days to deliver goods to Baku and three more days to reach Turkey.

The broader purpose of the trade route is to leverage economic correlation within the Eurasian region and synchronize it with massive transport corridors within the same region such as the International North-South Transport Corridor that extends from India to Finland.

At the same time, the corridor is seen as a linchpin to revive landlocked Afghanistan’s role in global trade. The project is also expected to make Afghanistan less dependent on Pakistan’s Port of Karachi for its exports.

“For over 17 years Afghanistan was in isolation, today Afghanistan is connected with its neighbors and beyond,” President Ashraf Ghani said at the inaugural ceremony in 2018.

Meanwhile, the corridor is one of the many other projects aimed at the revival of Afghanistan’s post-war economy.

Earlier this month, officials from Turkmenistan and Afghanistan signed memorandum of understanding to speed up the construction of a nearly 2,000-kilometer pipeline that would transport Turkmenistan’s natural gas to Pakistan and India through Afghanistan. Previously, officials in Kabul said they were waiting for required documents in order for the project to be approved.