Azerbaijan to Sue Armenia for Ecological Terror in Karabakh Region 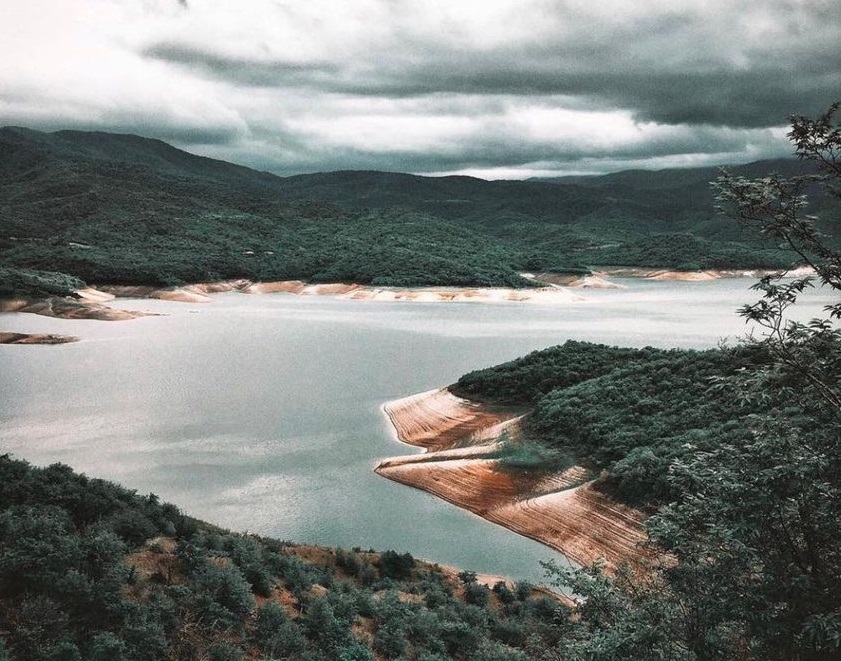 Sarsang water reservoir in the Tartar district of Azerbaijan / Courtesy

Azerbaijani authorities next year will file lawsuits against Armenia in connection with the damage caused to the environment and the illegal exploitation of energy resources in the Karabakh region, which was liberated from Armenian occupation last year.

Azerbaijan’s Deputy Foreign Minister Elnur Mammadov said the arguments will be brought before the international court of law based on a number of international conventions.

"One of them will concern damage to the environment. The second will be related to energy resources. At present, facts are being collected about the illegal use and exploitation of energy resources by the Armenian side in the territories liberated from occupation," Mammadov said in a press briefing on Wednesday.

He added that an investigation has also been launched into the illegal activities of foreign companies in the Azerbaijani territories during the years of occupation. Complaints will be filed against the assets of those companies, which are currently being identified as part of the investigation, according to the deputy minister.

Armenia and Azerbaijan had been locked in an armed conflict for nearly 30 years over the Karabakh (Garabagh) region, which is an internationally recognized territory of Azerbaijan. Armenia launched full-blown military aggression against Azerbaijan following the Soviet Union’s dissolution in 1991. The bloody war lasted until a ceasefire in 1994 and saw Armenia occupying 20 percent of Azerbaijan’s internationally recognized territories. Over 30,000 Azerbaijanis were killed, and one million were expelled from those lands in a brutal ethnic cleansing policy conducted by Armenia.

Ecological terror has been common in the occupied territories, including pollutions, arsons, deforestation, illegal exploitation of mineral deposits and etc. The Okhchu river, which begins at 3,285 meters above sea level on the Gapijig mountain, the highest point of the Zangazur ridge along the Azerbaijan-Armenia border, and passes through the Gafan district of Armenia and Azerbaijan’s Zangilan region, was contaminated heavily with chemical wastes from a copper-molybdenum plant located in Armenia at the river’s basin. Germany’s CRONIMET Company reportedly owned 60 percent of stakes at the facility, called Zangazur copper-molybdenum plant.

The Okhchu river, one of eleven rivers of Azerbaijan in the Karabakh region, which is home to more than 30 percent of the country’s overall drinking water reserves. Azerbaijani authorities blamed the Armenian authorities for not preventing the pollution of the Okhchu river, the water of which is not used in Armenia and flows into Azerbaijan’s agriculturally important Araz River. The Okhchu river is said to be used as a “collector” by Armenia's producers for sending away the industrial wastes from the country’s territory and causing agricultural, environmental, and humanitarian disasters in Azerbaijan. The analysis of the samples taken from the Okhchu river revealed a big number of life-threatening elements in the water, including copper, molybdenum, manganese, iron, zinc, and chromium. The amount of nickel in the river is 7 times, iron 4 times, and copper-molybdenum 2 times higher than normal, according to the examination results.

Five gold deposits and other natural resources of Azerbaijan in the once occupied territories have been intensively looted by the local Armenian companies and those invited from overseas. Companies such as Vallex Group, First Dynasty Mines, Base Metals, Lydian International, GeoProMining, and Vedanta Group, as well as the Armenian-descent businessmen and entrepreneurs having close relations with the Armenian diaspora, had been involved in illegal mining operations in the once occupied Azerbaijani lands. The Franck Muller luxury watch manufacturer company owned by Swiss tycoon of Armenian origin, Vartan Sirmakes, used gold from the Soyudlu and the Vejnali deposits of Azerbaijan in the production of Frank Muller watches and sold on Swiss stock exchanges. Sirmakes has reportedly exploited gold worth $302 million.

The unprecedented systematic deforestation activities in the Karabakh region have been repeatedly voiced by the Azerbaijani authorities, calling for an international investigation into the issue. From 2001 to 2020, Armenian ecological terror annihilated 324 hectares of tree cover in the Karabakh region, including in Tartar, Khojavand, Khojaly, Fuzuli, and Aghdam districts, according to Global Forest Watch, an online platform for monitoring global forests.

“By such behavior, Armenia violates not only the principles of territorial integrity of another state but also a number of conventions and resolutions, which prohibit the destruction of movable and immovable property of the occupied state. The state’s current policy contradicts with the UN environmental standards,” the London Post wrote in a 2018 report titled “Nagorno-Karabakh Conflict: Ecological catastrophe of the 21st century”.

Armenian vandalism in the occupied Azerbaijani territories has taken a toll on the Karabakh region’s energy infrastructure. According to data compiled by the Energy Ministry of Azerbaijan, the energy facilities and resources of 20 substations in 10 power network districts and over 16,400 kilometers of power lines in the Karabakh region have been destroyed and looted. In addition, natural gas lines measuring 2,000 kilometers in length, and 34 gas distribution equipment have been destroyed and looted.

Armenia deprived Azerbaijan of the potential of 3 large hydropower stations in the Karabakh region, including the Tartar, Khudafarin, and Giz Galasi hydroelectric grids with the illegal occupation. The Sarsang water reservoir of the Tartar station has once provided irrigation water for around 125,000 hectares of land in six districts of Azerbaijan. Armenians manipulated the water reserve in Sarsang with artificially created floods in winter and drought in summer months. The lack of technical control and outmoded equipment inventory posed a threat of reservoir dam destruction, which can lead to inundations in several regions of Azerbaijan.

Azerbaijan was not able to use the vast geothermal power capacity of the Kalbajar district and the Shusha city during the occupation years. There are 3,093 cubic meters/day of thermal water reserve in Kalbajar and 412 cubic meters/day in Shusha, according to the Energy Ministry of Azerbaijan. Armenian authorities attempted to build a geothermal power station and bottled water production plant near the Istisu thermal spring in Kalbajar. Armenia’s former prime minister Karen Karapetyan has even attended the groundbreaking ceremony of the plant in 2017.

The illegal exploitation of Azerbaijan’s natural resources in Karabakh extended to the coal reserves in the Tartar district. Armenian authorities extracted and transferred the coal to Armenia for use reportedly in the restoration of the outdated power block of the Yerevan Thermal Power Plant.