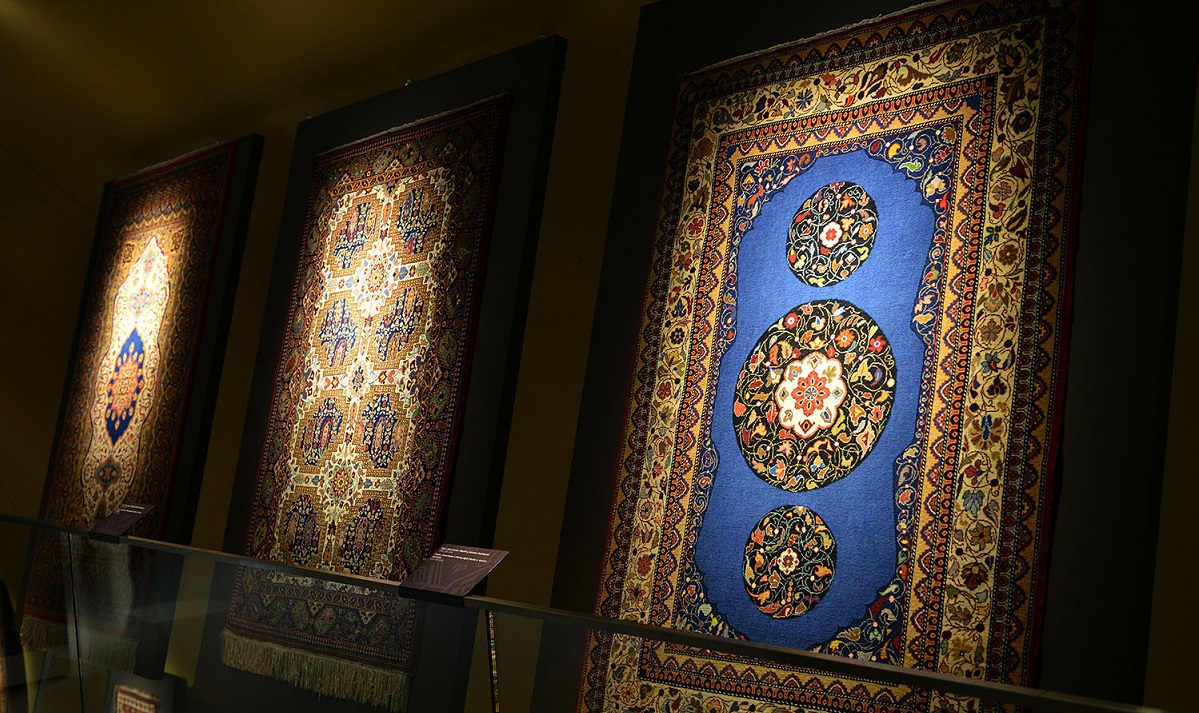 Azerbaijan will start to produce carpets with national branding, making the Caspian region country’s traditional, high-quality rugs available to the international market while representing their place of origin.

The government of Azerbaijan made a decision in May to introduce the national treasure of Azerbaijan under a single brand name both in local and international markets. The Economy Ministry of Azerbaijan was empowered to take all necessary measures for promoting the country’s domestic carpet weaving industry.

Economy Minister Shahin Mustafayev said during a meeting at the ministry on May 22 that the modernization and expansion of traditional weaving will be based on a government-funded program that covers the next two years.

“For the purpose of developing the carpet weaving industry, the construction of carpet factories in ten districts [of Azerbaijan] has already been completed,” Mustafayev said, according to the ministry’s website.

President Ilham Aliyev signed the State Program on Protection and Development of Carpet Weaving Art into law in February in order to empower the economy ministry with greater resources to better promote Azerbaijani’s folk art and crafts.

Azerbaijan is considered one of the world’s most ancient centers of carpet weaving. Archeological excavations have shown that weaving in the country dates to the fourth and third millennia BC, during the Bronze Age. Ancient historians, including Herodotus, Claudius Elian and Xenophon mentioned in their works the existence of well-developed carpet craftsmanship in Azerbaijan. Carpet weaving is today the most widespread traditional craft in the country.

There are eight basic types of traditional Azerbaijani carpets: palas, dzhejim, lady, kilim, shedde, verni, zili, and sumakh. Azerbaijani carpets tend to be identified by the raw materials used, colors and patterns, thickness (known as pile) and weaving techniques. Silk and wool have traditionally been as the most preferred materials in carpet weaving. Pileless carpets – the most known and widespread type of Azerbaijani carpet – are classified based on the weaving style, composite structure, ornament richness, and coloring.

Seven specific carpet weaving schools – Guba, Shirvan, Baku-Absheron, Ganja, Gazakh, Karabakh, and Tabriz – are the main centers of activity. Each school has its own specific style and technique. The Guba and Shirvan schools both are known for their stylized vegetative, sometimes zoomorphic, motifs consisting of geometric patterns, while carpets produced by Baku-Absheron weavers tend to be softer, use intense colors, and are known for the originality of art elements and subtle patterns. Deep blue, and sometimes red and yellow colors, make up the majority of carpets woven by Baku-Absheron producers.

Masters of Ganja and Gazakh schools are famous for applying a rich color palette in carpets that are in contrast woven from just a few colors, while Karabakh carpets have the richest color palette of all, reflecting the natural landscape and themes found in nature. The main background intermediate spaces of Karabakh carpets are dyed in red, which is extracted from various plants and insects.

The most ancient Azerbaijani carpets come from Tabriz, the capital city of East Azerbaijan province of Iran, where carpets are known for their harmony of color patterns and distinguished decorative techniques. The world’s oldest and largest carpet still in existence, called Ardabil or Sheikh Safi and dated to the 16th century, is housed in the Victoria and Albert Museum in London and is from Tabriz.