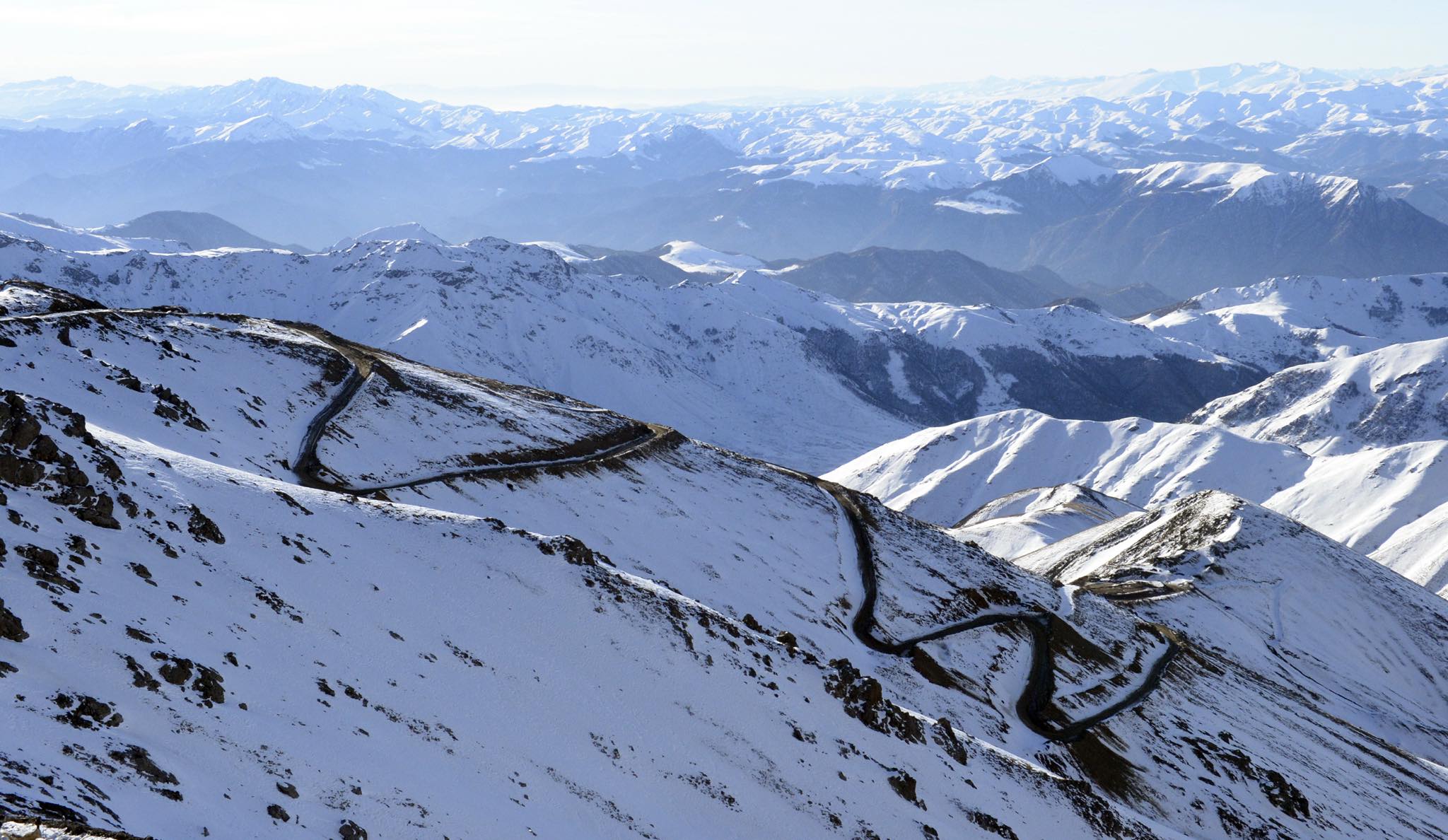 Omar mountain pass connects Kalbajar with Goygol at an altitude of 3,261 meters above sea level on the Murovdagh mountain range / Konkret.Az

The government of Azerbaijan revealed this week plans for the construction of an all-new highway in the country’s Karabakh region as part of large-scale restoration projects in the liberated territories.

Azerbaijan’s leading highway construction company, the State Agency of Azerbaijan Automobile Roads (SAAAR) will be teaming up with Turkish Proyapi Company to build a road to Kalbajar, a mountainous district in the north of the Karabakh region.

The launch of the construction work is slated for some time in March, SAAAR Director Saleh Mammadov said in a press briefing on Monday, adding that the design and engineering work for the road to Kalbajar begun only two months ago.

“The road will pass along the route Ganja - Goygol - Omar pass [in Kalbajar]. It is planned to build a mountain tunnel here,” Mammadov said. “Currently, we use the Tartar-Agdere-Kalbajar road with the participation of peacekeepers. According to the instructions of the president of Azerbaijan, a new road is being built for the safe movement of the population."

Ganja, the second-largest city of Azerbaijan, and the Goygol district are located north of Kalbajar. Goygol shares a border with Kalbajar, the largest and highest mountainous district of Azerbaijan. Omar mountain pass connects Kalbajar with Goygol at an altitude of 3,261 meters above sea level on the Murovdagh mountain range.

Kalbajar remained under Armenia's occupation for nearly three decades since April 2, 1993 when Armenia's forces occupied the district during the first war in the Karabakh region, which is an internationally recognized territory of Azerbaijan. Kalbajar was exclusively populated by 60,000 ethnic Azerbaijanis before the occupation. Following the invasion, Armenia launched a brutal ethnic cleansing to expel all Azerbaijanis from the district. Armenia's forces killed 511 and took 321 as hostages in the Kalbajar district. Currently, the IDPs from Kalbajar are living in 707 settlements located in 56 different regions of Azerbaijan.

Kalbajar returned to Azerbaijan’s control on November 25, 2020 after successful counter-attack operations carried out by the Azerbaijani army in the Karabakh region. The 44-day-long war between Armenia and Azerbaijan took place between September 27 and November 10 and ended with Azerbaijan's decisive victory. Azerbaijani army liberated over 300 settlements, including five major cities from Armenia’s occupation throughout the operations. Kalbajar’s return took place in non-combat conditions set by the tripartite ceasefire statement signed by Armenia, Azerbaijan, and Russia to end the hostilities.

The road to Kalbajar is the second major highway built by Azerbaijan in its Karabakh region after the Fuzuli-Shusha road, dubbed “the Victory Road.” The construction of the 100-kilometer-long highway from Fuzuli to Shusha, both liberated from Armenia’s occupation last year, kicked off in November. The road is scheduled to be completed by the end of August 2021.