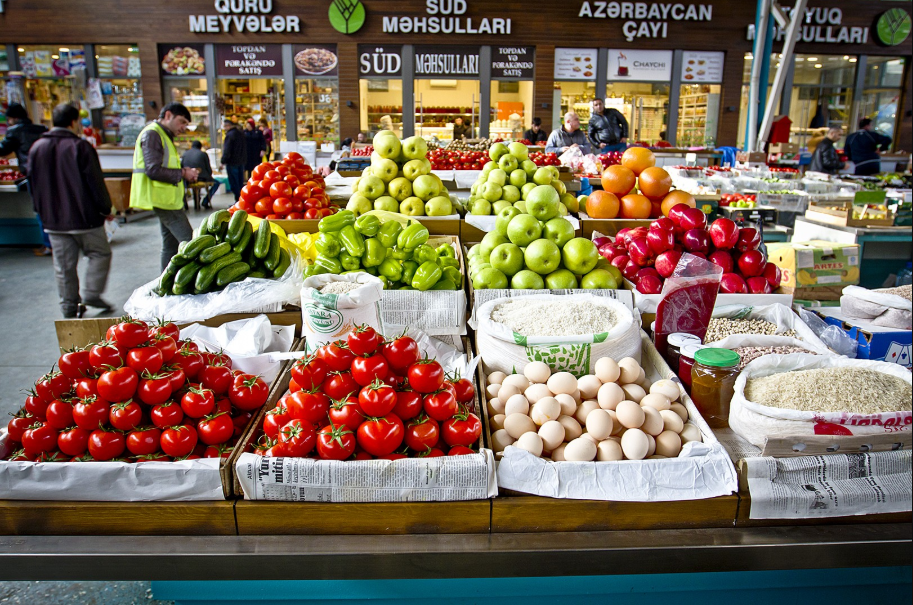 In January-May of 2018, Azerbaijan was the largest exporter of tomatoes to the Russian market / Courtesy

The government in Baku is working to make more inroads into the agriculture commodity markets of Russia, by increasing its exports to the Sverdlovsk region. The Ministry of Economy of Azerbaijan revealed this week that it is aiming to raise bilateral trade to $100 million during this year.

"In 2018, the volume of trade between Azerbaijan and the Sverdlovsk region increased by 83 percent and amounted to $95 million,” the economy minister Shahin Mustafayev said in a meeting with the governor of the Sverdlovsk region, Evgeny Kuyvashev, on September 11 in Baku, according to the ministry’s website.

“We target to increase the amount over $100 million this year,” the minister said, noting that the opening of an Azerbaijani wine house and the planned launch of a logistics center in the city of Yekaterinburg will help work towards the goal.

A delegation led by Kuyvashev arrived in Baku on Wednesday to deliberate the relationship and broader bilateral ties between the Sverdlovsk region and Azerbaijan. Prior to meeting with Minister Mustafayev, the delegation was received by Azerbaijan’s President Ilham Aliyev.

Mustafayev said Azerbaijan is interested in building broader contacts with Russia, including in the trade and economic spheres, and mentioned that Sverdlovsk is a significant partner for Baku.

“Last year, the volume of trade between the two countries increased by 19 percent to $ 2.5 billion. Over the seven months of this year, the turnover increased by 23 percent. This is a very large figure.”

He said that Azerbaijan is the largest trading partner of Russia in the South Caucasus, sharing 50 percent of overall Russian trade in the region.

Trade with Sverdlovsk, which is based on agriculture, could soak up as much as four percent of Azerbaijan’s overall trade with Russia. The region, which lies along the eastern slopes of the Ural Mountains in the west-central part of Russia, is rich in mineral resources such as iron, manganese, cobalt and vanadium. Its swampy forests make most of the land useless for growing crops, however, meaning most farm products must be imported.

Mustafayev said Azerbaijan is hoping to increase the overall amount of fruit and vegetable exports to Russia to one million tons, up from 550,000 tons in 2018.

Meanwhile, following the deliberations of Mustafayev and Kuyvashev on Wednesday, businessmen from Azerbaijan and Russia met at a forum also in Baku, on Thursday, at which agreements in the fields of education, science and trade between Azerbaijan and Sverdlovsk were signed.

As part of the forum, the Association of Fruit and Vegetables Producers and Exporters of Azerbaijan and the TEN Group of Companies from Sverdlovsk inked a deal for creating a logistics center in Yekaterinburg, the administrative center of the Sverdlovsk region. The center is expected to facilitate the management and distribution of products in the region.