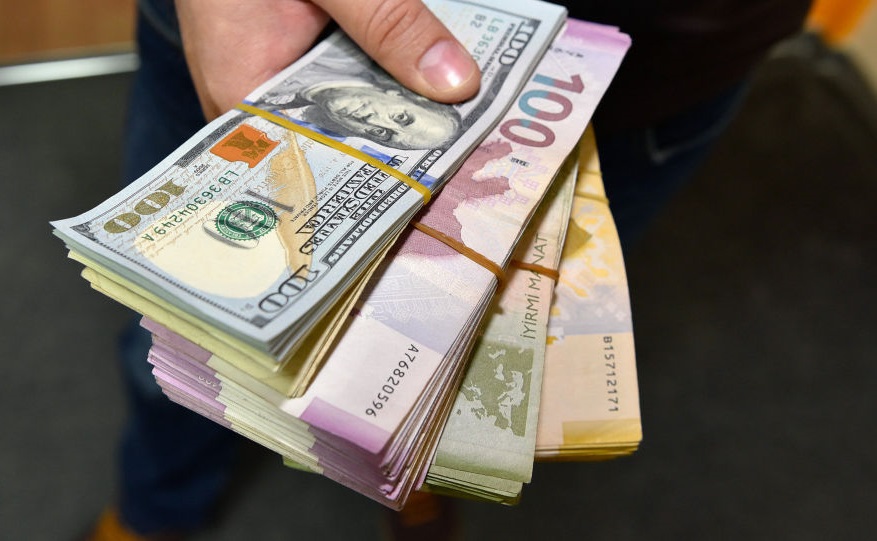 The state support tools to sectors affected by COVID-19 accounts for 2.5 billion manats ($1.47 billion) or 3 percent of Azerbaijan's GDP / Courtesy

The government of Azerbaijan has adopted a package of measures aimed at reducing the negative impact of COVID-19 outbreak on the national economy, the entrepreneurship and banking sectors, as well as strengthening the social protection of the people.

The country's economy minister, Mikayil Jabbarov, revealed at the meeting with President Ilham Aliyev earlier last week ten key directions that will be addressed as part of the package of measures, which accounts for 2.5 billion manats ($1.47 billion) or 3 percent of the country’s GDP.

“The program on direct financial support for the payment of wages to 304,000 hired workers employed in 44,000 business entities operating, as you noted, in the areas affected by the pandemic, and the program of financial support for 292,000 private micro-business entities and private entrepreneurs working in areas affected by the pandemic are being submitted for your consideration today,” Jabbarov said while introducing the measures package, President.az reported.

“The most important condition and framework of both programs are aimed at preserving jobs. Entrepreneurs and enterprises that do not have short-term liquidity are offered the opportunity to continue to work and pay a significant portion of salaries of their hired workers and employees, which often constitutes the main expense item.”

The global coronavirus pandemic, referred to as COVID-19 by the World Health Organization (WHO), has so far led to 641 infections and 7 deaths in ten million Azerbaijan, according to data compiled by John Hopkins University. The Operative Headquarters under the Cabinet of Ministers of Azerbaijan reported 57 infections on Monday. The number of those recovered from the virus is 44.

To contain the virus from expanding its infection trajectory, travel to and from Azerbaijan, as well as from one region to another within the country’s borders are prohibited. Restaurants, retailers, shopping centers, event halls, as well as metro services are temporarily closed, people are not allowed to go outside without notifying the relevant structures via sending an SMS to a certain short number. These have subsequently led to some social and economic challenges, including mainly decrease in the incomes of entrepreneurs which might result in the cessation or reduction of salaries, as well as the termination or suspension of jobs.

The state support to the sectors of economy affected by COVID-19 pandemic addresses tax benefits and privileges, and holidays for business entities operating in the virus-hit sectors, which are expected to help them survive their business and be able to pay salaries to hired employees. These include exemption of micro-enterprises from paying simplified tax for a certain period of time; exemption from income tax in a specific amount and for a specific term; value-added tax (VAT) exemption for some food and medicinal products, as well as the raw materials that are necessary for making such stuff.

Entrepreneurs get state guarantee for 60 percent of their new bank loans as part of the measures package. The government subsidizes half of the interest on guaranteed loans from the state budget. The overall state support to this direction stands at 500 million manats ($294 million). Additional 1 billion manats ($588 million) were allocated to help the entrepreneurs having existing loans. For this purpose, the government provides subsidization of 10 percent of the interest for one year of the loans.

Another key support tool in the social protection sphere is lump-sum payments in the amount of living wage - 190 manats ($112) to 200,000 unemployed citizens of the country. The payment is considered for two months. The social package aims to relieve the impact of the novel coronavirus on the social life of people by multiple tools, including creation of 50,000 paid public jobs, tuition support program for students from socially vulnerable families, financial support program for mortgage and credit guarantee mechanism, program to support communal fees, primarily for electricity consumption of the population, and financial support program for vital passenger transport activities.

“Countries have self-isolated because of the coronavirus today, and this is natural. We are seeing that even countries and organizations very close to each other are already solving their problems themselves,” President Aliyev said at the meeting with minister Jabbarov, according to President.az. “I believe that this large-scale economic and social package will have a positive impact on the growing dynamics in the economic sphere and at the same time protect those in the sensitive category from this crisis.”