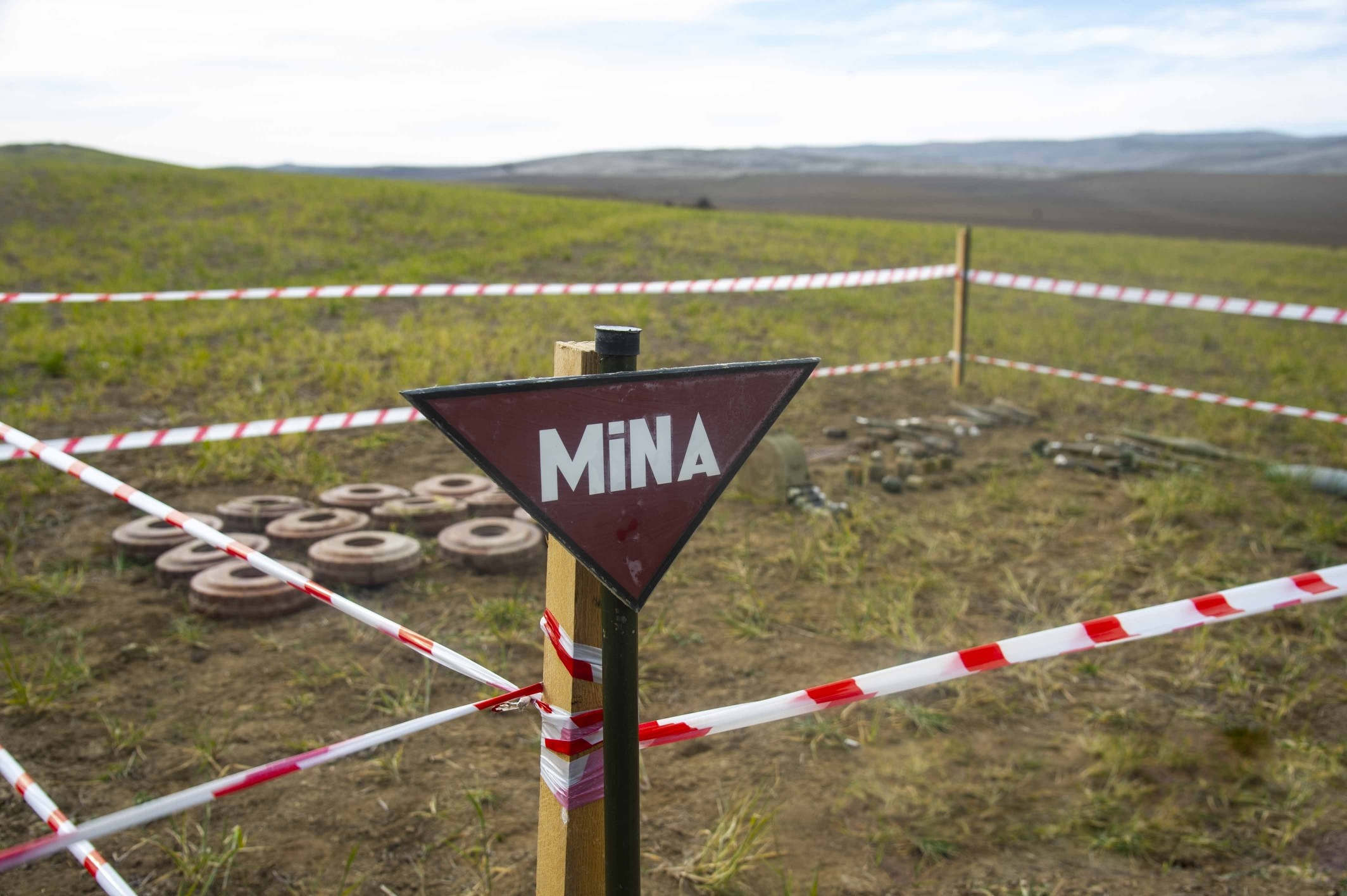 The maps show the places of 97,000 landmines planted by Armenian forces in Aghdam, Azerbaijan / Azertag

Azerbaijan swapped 15 Armenian detainees for the maps of the areas containing landmines in the country’s liberated Aghdam region. Armenian authorities shared the maps on Saturday after numerous calls from the Azerbaijani government that were left unanswered by Yerevan since last November.

The Armenian servicemen – detained in Azerbaijani territory after a ceasefire agreement was signed by the two countries and Russia in November 2020 – were handed over to Armenia on the Azerbaijan-Georgia border with the participation of Georgian representatives. The maps reportedly identify the coordinates of 97,000 anti-tank and anti-personnel mines planted by the Armenian forces in the once occupied Aghdam district of Azerbaijan.

The Foreign Ministry of Azerbaijan said the Georgian, American and European authorities supported the humanitarian effort.

“We appreciate the support of the Georgian government headed by the Prime Minister of Georgia Irakli Garibashvili for the implementation of this humanitarian action. At the same time, we especially note the mediating role, first of all, of the US Secretary of State Antony Blinken, Acting Assistant Secretary of State for European and Eurasian Affairs Philip Reeker, President of the European Council Charles Michel, and the Swedish Chairmanship of the OSCE for their contribution to the process,” the ministry said in a statement issued on June 13.

According to the ministry, the mine maps will help facilitate the return of Azerbaijani internally displaced persons to Aghdam and save the lives and health of tens of thousands of Azerbaijani citizens, including demining workers. Such efforts will accelerate the reconstruction projects rolled out by the government of Azerbaijan in Aghdam, the ministry added.

Meanwhile, Armenia’s acting Prime Minister Nikol Pashinyan said the maps handed over to Azerbaijan show just “a fraction” of the areas planted with landmines. “This is a tiny part of the maps that we have,” Russian news agency TASS quoted Pashinyan as saying during a Facebook broadcast on Sunday.

Armenia's forces occupied a significant part of Aghdam, including the city and 89 villages, which comprised about 73 percent of the district's territory, on July 23 in 1993. About six thousand residents of the district have been killed and 126,000 have been forcibly displaced in the wake of Armenia's attack. Armenia kicked off full-blown military aggression against Azerbaijan following the Soviet Union’s dissolution in 1991. The bloody war until a ceasefire in 1994 saw Armenia occupying 20 percent of Azerbaijan’s internationally recognized territories. Over 30,000 Azerbaijanis were killed, and one million were expelled from the occupied Karabakh (Garabagh) region of Azerbaijan in a brutal ethnic cleansing policy conducted by Armenia.

Azerbaijani forces liberated over 300 occupied settlements, including the cities of Jabrayil, Fuzuli, Zangilan, Gubadli, and Shusha, from nearly 30-year-long illegal Armenian occupation in a counter-attack operation that was carried out between September 27 and November 9, 2020. The war ended in a trilateral statement signed on November 10 by Armenia, Azerbaijan, and Russia. Under the statement, Armenia also returned the occupied Aghdam, Kalbajar, and Lachin districts to Azerbaijan by December 1.

Shortly after the war, the Azerbaijani government started extensive mine-clearing operations in the country's liberated lands. The Azerbaijan National Agency for Mine Action (ANAMA) deployed its specialists and cutting-edge machinery of the Turkish, British and Slovak production for the clearance activities. According to the latest ANAMA data, 8,269 anti-personnel, 3,733 anti-tank mines, and 9,219 unexploded ordnances have been found and neutralized in 30.3 million square meters of territory in the liberated lands since November 2020.

Demining operations, however, face many challenges due to Armenia’s refusal to hand over the maps of the areas where the landmines are located. Azerbaijani authorities are convinced that the maps could help find and neutralize at least one million mines in the liberated territories. The mines have killed 27 Azerbaijani citizens, including 20 civilians, and injured 115 others, among them 29 civilians, after the ceasefire was signed on November 10, 2020. On June 4, two journalists and a government official in Azerbaijan were killed by a mine explosion in the Kalbajar district.

ANAMA officials noted that under current circumstances, the neutralization of unexploded ammunition, warheads and missiles in the combat zones could take 5-6 years, while it is about 10-13 years for the mined areas. 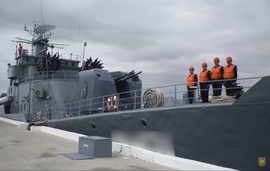 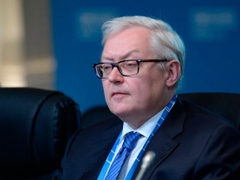 Moscow Offers Washington To Roll Back Sanctions on Diplomats

A dialogue between the world’s two biggest nuclear powers may finally normalize as Russia offered... 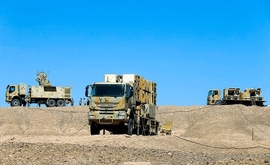 The Iranian Army’s air defense force has tested its new missile system during the “Guardians of V... 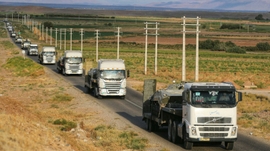 Iran has sent new equipment and forces to its northwestern frontiers following its recent militar...