Azerbaijan Supports Two-State Resolution In Jerusalem Based On International Law 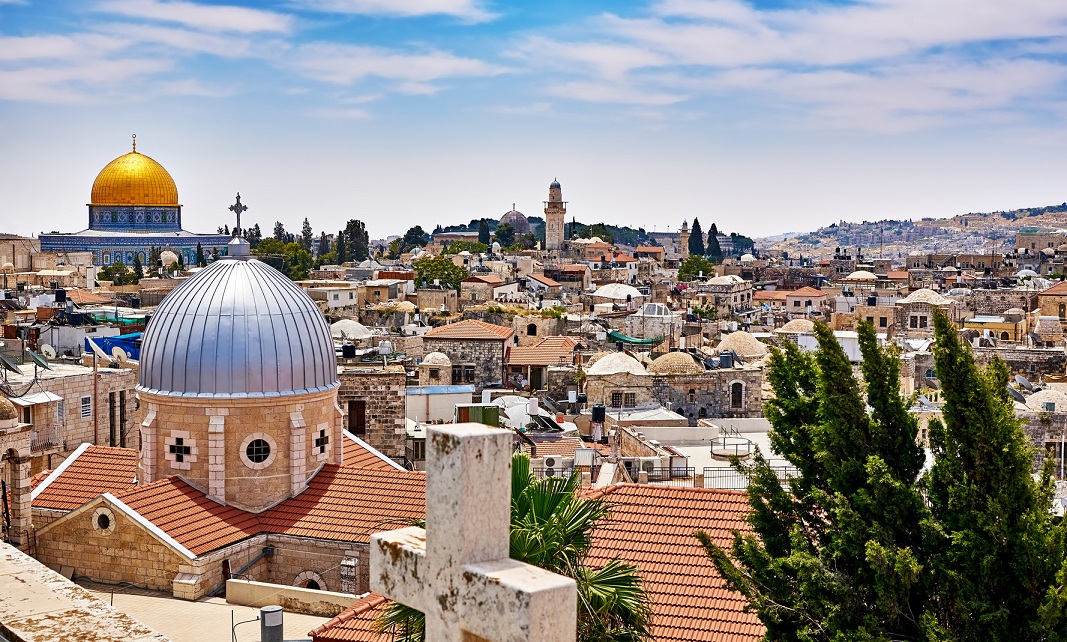 The city has two names: Jerusalem, which in Hebrew means “the foundation of God,” and Al-Quds, which in Arabic means “holy” / Tatra.Ru

Officials in Baku expressed concern about the Trump Administration’s decision to recognize Jerusalem as the capital of Israel and move the U.S. embassy there from its current location in Tel Aviv.

"We are, together with the Muslim countries, think that the issue of Jerusalem should be solved within the framework of UN resolutions [and] international law," Foreign Policy Aide to the President of Azerbaijan Novruz Mammadov said at a press briefing on December 23, just two days after the UN denounced Washington’s decision about Jerusalem.

"There was no need for this step. This does not contribute to international relations in the world, but, on the contrary, exacerbates the situation,” Mammadov added, saying the move only creates tension.

President Trump announced from the White House on December 6 that he acknowledges Jerusalem as the capital of Israel, saying his decision is “nothing more or less than recognition of reality [but] also the right thing to do.”

The international community, including Turkey and the Caspian region’s Iran, immediately condemned the announcement to recognize Jerusalem, considered holy to Jews, Muslims and Christians, as Israel’s capital. In Tehran, leaders termed Trump’s move as “American arrogance.”

Azerbaijan did not wait long to come out with an official response, which was in line with the position of other countries in the Caspian region. On December 7, the foreign ministry stated the government’s preference for a peaceful and international law-based end to the long-running conflict, desiring a two-state solution with East Jerusalem as the capital of Palestine.

Turkey convened an extraordinary meeting of the Organization of Islamic Cooperation (OIC) in Istanbul on December 13, headlining it as “Unified Action in Solidarity with Al-Quds,” using the Arabic name for Jerusalem. Heads of state and government from 50 countries, including those from Caspian states Azerbaijan, Iran, and Kazakhstan, attended the summit that recognized “East Jerusalem as the capital of Palestine.”

Azerbaijani President Ilham Aliyev in his speech at the conference said Washington’s decision regarding Jerusalem runs counter to international law and UN resolutions.

“Azerbaijan consistently supports the peaceful settlement of the Palestinian-Israeli conflict on the basis of the principle of two states with East Jerusalem being the capital of the State of Palestine. Today, as always, we stand by the Palestinian people,” Aliyev said, according to a statement posted to the president’s website.

On December 21, the UN voted to adopt a resolution condemning the U.S.’ decision. The resolution reaffirmed the demands set in over 40 other UN resolutions regarding Jerusalem, including the latest, which was adopted on November 30. The new resolution reiterated that Jerusalem is a “final status issue to be resolved through negotiations in line with relevant United Nations resolutions” and demanded, “all States comply with Security Council resolutions regarding the Holy City of Jerusalem, and not to recognize any actions or measures contrary to those resolutions.”

The governments of Israel and Palestine recognize Jerusalem as their capital. Israel took control of the city, however, in two phases: first when the modern state of Israel was created in 1948, and then it captured East Jerusalem in 1967. The Jerusalem Law, adopted in 1980, officially recognized the city as Israel’s undivided capital.

Analysts and observers are worried that Trump’s move, breaking longstanding foreign policy to not recognize a capital in disputed territory, as a trigger for Palestinians to take to the streets and possible ignite a third intifada, or armed insurgency, against Israel. The first intifada lasted from 1987-93, and the second from 2000-2005.