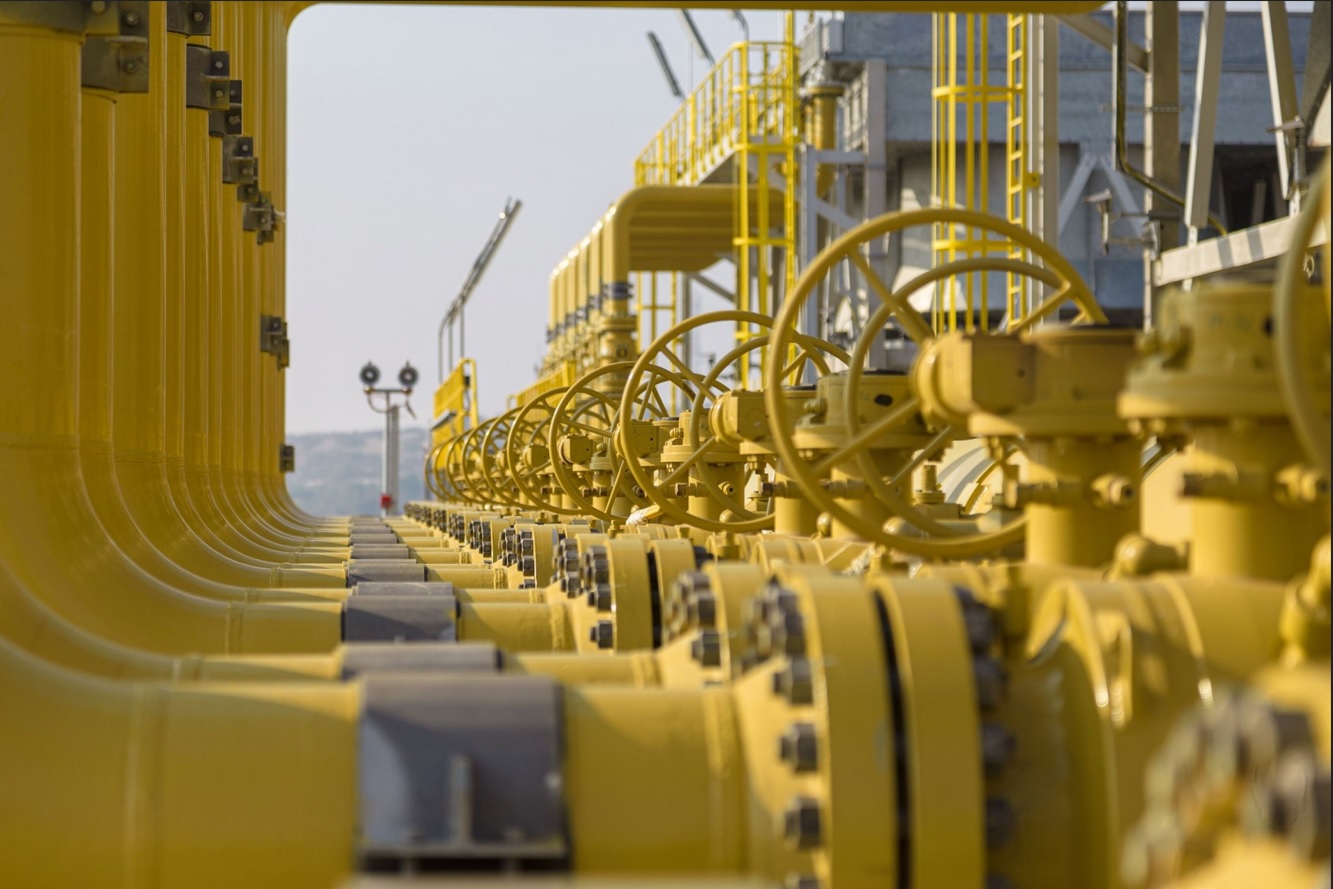 The Southern Gas Corridor pipeline supplied over 14 billion cubic meters (bcm) of natural gas, or nearly 90 percent of its annual throughput of 16 bcm, to foreign markets during the first ten months of 2021, President Ilham Aliyev said.

President Aliyev's remarks came during the 8th Global Baku Forum, which was organized by the Nizami Ganjavi International Center in Baku this week. The Southern Gas Corridor (SGC) and its integral part, the Trans Adriatic Pipeline, act as an important instrument that helps diversify both routes and sources of energy supplying the markets in Europe, he said.

“A new volume of natural gas from large gas deposits of Azerbaijan is already on the European market. From 1 January this year until 31 October - in 10 months Azerbaijan exported through these routes more than 14 billion cubic meters of natural gas to 5 countries: Turkey, Georgia, Italy, Greece and Bulgaria. Almost half of this volume was consumed by consumers in the European Union,” President.Az quoted Aliyev as saying.

He further explained that the countries receiving Azerbaijani gas have not been experiencing the gas crisis triggered recently by the shortage of supplies and subsequent surge in prices in multiple European energy markets.

“So, this demonstrates that the Southern Gas Corridor is a project of energy security of Europe. Azerbaijan as a responsible country, as a producer and exporter now not only of oil but of natural gas, will play in the future very important role in the energy security issues,” President Aliyev stated.

Azerbaijan has been supplying natural gas via the Trans Adriatic Pipeline (TAP) to the European markets since December 31, 2020. TAP forms a part of the SGC mega pipeline, which is designed and built for increasing and diversifying European energy supplies by bringing Caspian natural gas to Europe for the first time. TAP, the final segment of the corridor, starts at the Turkish-Greek border, runs along 773-kilometer onshore and 105-kilometer offshore routes traversing Greece and Albania toward its end destination in Italy.

The 3,500 kilometer-long Southern Gas Corridor contributes to strengthening the European energy security, diversifying the European energy supplies, and boosting the decarbonization efforts of Europe by an uninterrupted flow of Azerbaijani gas in TAP. The $33 billion SGC project, defined as one of the world's most complex pipelines built to date, is dubbed a unique energy route carrying natural gas from the Caspian Sea reserves directly to the European markets. The main source of natural gas for the SGC is Azerbaijan’s offshore Shah Deniz field with estimated reserves of 1.2 trillion cubic meters.

The International Energy Agency (IEA) said in its quarterly Gas Market Report that TAP would supply 8 bcm of Azerbaijani gas to Europe by the end of 2021, while in 2022 it is expected to transport 10 bcm or the contracted annual supplies. As of September 2021, the pipeline carried around 5.5 bcm of gas to the European markets.

Multiple European countries have been facing a gas crisis fueled by shortage of supplies and skyrocketing prices for this fossil fuel. According to data from the Intercontinental Exchange (ICE), prices for November futures on the TTF in the Netherlands hit an all-time high at $1,936 per 1,000 cubic meters on October 6, 2021. The annual cost of supplying the average household in the UK with gas and electricity went beyond £1,800 ($2,450).

The main reason behind the crisis is said to be low reserves of gas storage ahead of the heating season and a surge in demand.